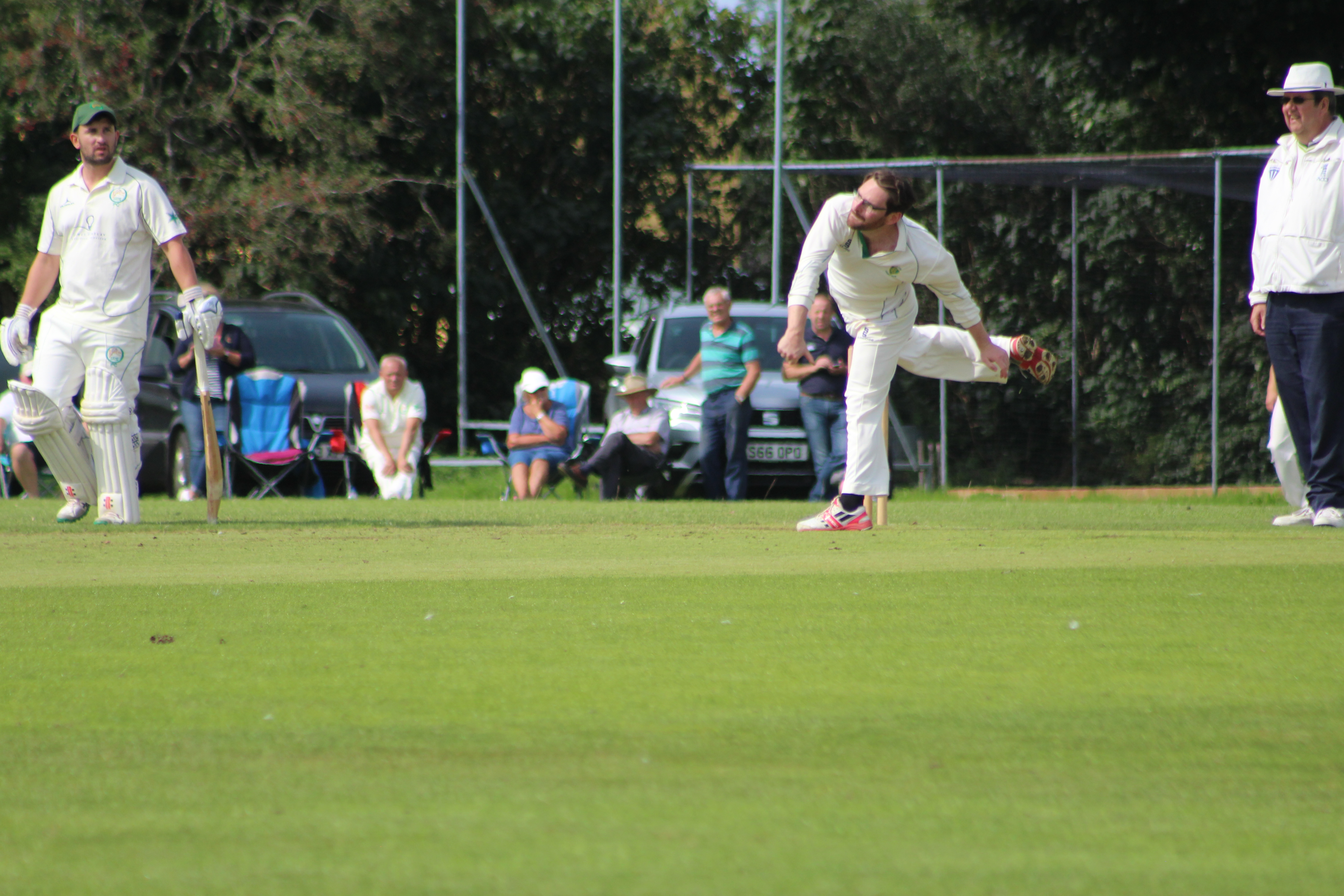 BURTON guaranteed their place in Division 1 for the 2019 Season as their win over St Ishmaels, coupled with Kilgetty’s defeat against Whitland, saw them jump out of the bottom two.

Kilgetty had a seventeen-point advantage over second from Burton going into the final games and a positive result would have seen them stay up.

Burton knew all they could do was try and win their game and hope that Whitland did them a favour.

Tish won the toss and elected to bat but it was Burton who made the early breakthrough as Harry Nicholas was caught by James Davies off the bowling of John Scale on a score of 11. Scale then had Daniel Howells caught by Morgan Scale for a duck as Tish were reduced to 27-2.

Peter Bradshaw and Phil Cockburn then shared an excellent stand worth 73 runs as they put the pressure on the Burton bowlers. Burton could have picked up another two wickets had it not been for a dropped catch and a missed run out and Tish looked to make them pay for those misses.

Bradshaw made 45 with five boundaries but he was then well caught by Toby Hayman off the bowling Jack Davies.

Cockburn then shared another 32 runs with Andrew Palmer before he was caught by Jonathan Venables off the bowling of Morgan Scale on a score of 44 which included four boundaries and one maximum.

Jack Nicholas did not last long at the crease as he was caught by Jack Davies off the bowling of Morgan Scale for a duck.

Daniel Richards made 14 but he was then caught by Hayman off the bowling of Scale.

Kilgetty got off to a good start in their game after losing the toss and being invited to bat first.

Openers Kurtis Marsh and Ross Hardy put on an opening partnership of 53 before Hardy was dismissed for 16 (2 fours and a 6). Marsh continued and hit 10 fours in his 58.

Burton lost opener Richard Jones early in their reply as he was caught by Daniel Richards off the bowling of Brennan Devonald.

Luke Hayman scored 13 for Burton but he was then caught by Jack Nicholas off the bowling of Andrew Palmer. Robert Neil also scored 12 for the home side before being caught by Harry Nicholas off the bowling of Andrew Pawlett.

Morgan Scale added just 11 before Pawlett picked up his second wicket as Scale was caught by Peter Bradshaw.

That left Burton on 84-4 but opener Toby Hayman and Jonathan Venables shared 74 runs for the fifth wicket to take Burton to within touching distance of victory.

Hayman eventually fell for a score of 90, unlucky to miss out on a century, as he was stumped by Jack Nicholas off the bowling of Andrew Palmer. His knock included 12 fours and one six.

James Davies was run out late on by Lenny Rees but Venables was the hero as he finished not out on 45 to guide his side to victory, and, more importantly, to safety.

After tea, the Whitland batsmen set about their chase. Steffan James was involved in two good partnerships – one of 54 with Gethin Scourfield (30) and one of 42 with Nathan Evans (25).

James was eventually out for 41 (5 fours), but then Mathew Davies showed his all-round ability as he took the initiative with a crucial innings of 59 with 5 fours and a six.

He was helped by Geraint Phillips (11) as the total was reached with two overs to spare. Top bowlers for Kilgetty were Christian Phillips (3 for 34), Jack Parkinson (3 for 34) and Kurtis Marsh (1 for 48).

The result left Whitland celebrating one of their best ever seasons with a fourth place finish, while Kilgetty have to contemplate life in Division 2 next season.

Reds given the Blues by County