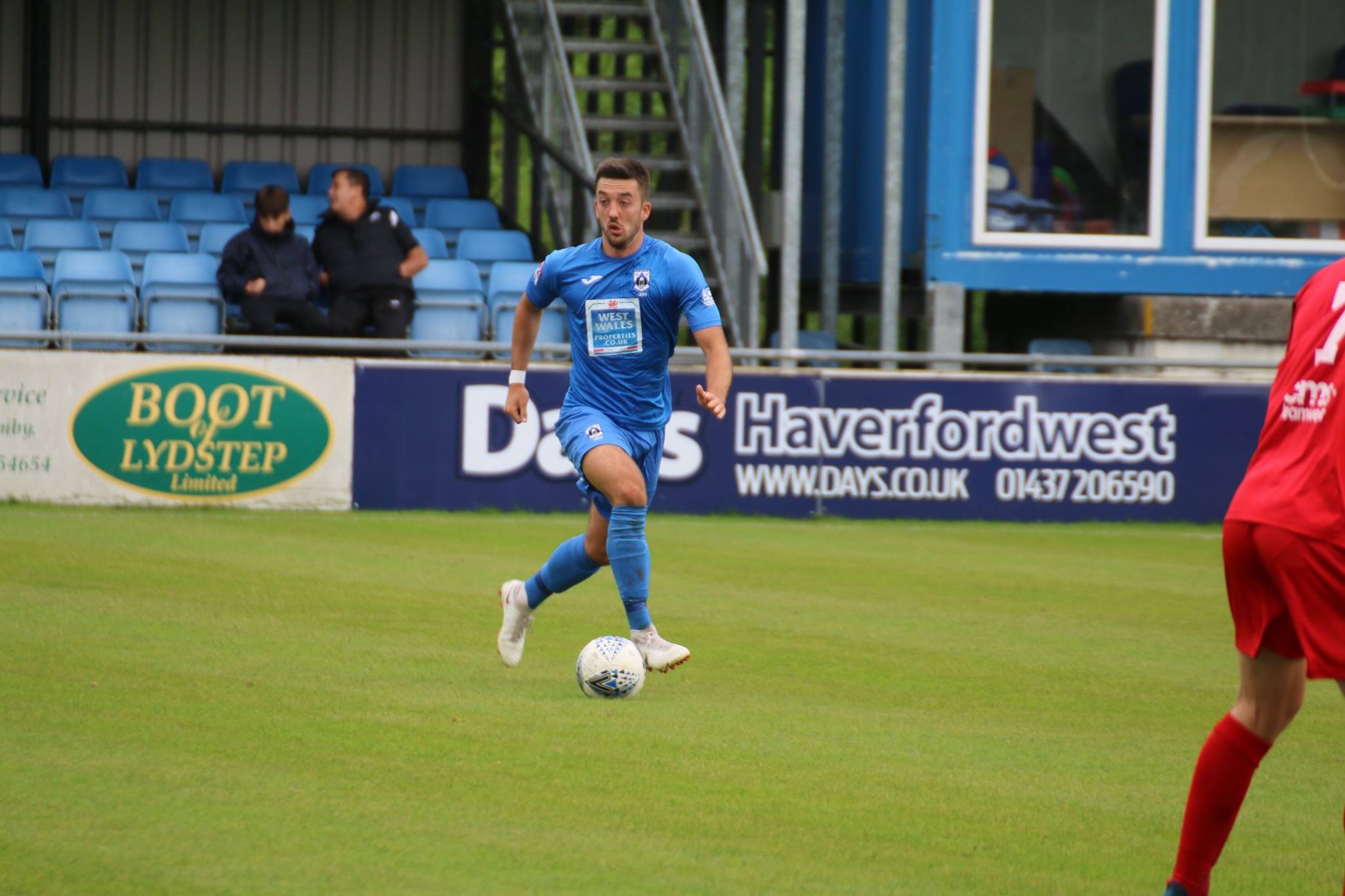 HAVERFORDWEST County picked up their fourth win of the season on Saturday (Sept 15) as they beat Afan Lido 2-1 at the Bridge Meadow.

There was a slow start to the game as both sides looked to get a foothold in the game but it was the home side that took the lead.

Leon Luby crossed from the right for Ben Fawcett who cracked an effort high into the top corner.

Steve Hall in the County goal had to be at his best to deny Lido a way back into the match as he made a fine save while the Bluebirds also defended well. It remained 1-0 to the home side at half time and they came out for the second half determined to make the game safe.

They had a number of chances but were unable to take one of them and Lido were still very much in the game.

With twenty minutes to go Hall was adjudged to have committed a foul in the penalty area and the referee pointed to the spot. Craig Jones stepped up but Hall redeemed himself making another excellent save.

The Bluebirds pressed looking for the all-important second goal but came close on a number of occasions.

With seven minutes to go they finally got the second goal as Elliot Scotcher sent his corner into the box and after it was headed on by Sean Pemberton, Williams knocked the ball over the line.

Lido did not give up and in injury time they were awarded another penalty. This time Hall could not repeat his earlier heroics as Sacha Walters buried the spot kick to set up a nervous finale.

The Bluebirds, though, were able to see the game out to maintain their 100% record so far this season.

On Saturday (Sept 22), they will be looking to keep that going as they travel to play Cambrian and Clydach.

The following Tuesday (Sept 25), the Bluebirds are at home as they take on Goytre United in the second round of the MG Cup.