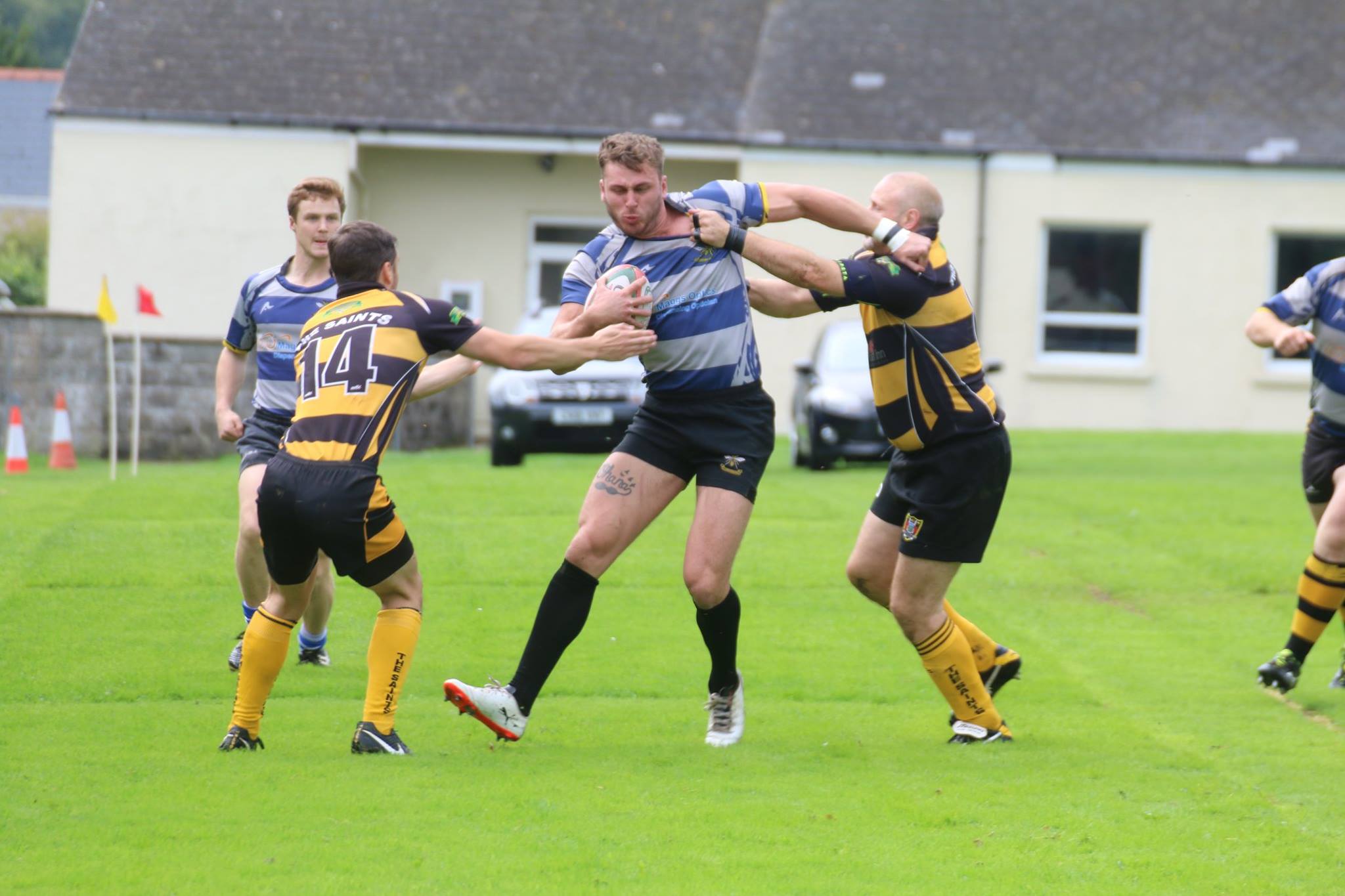 LLANGWM earned their first win of the season on Saturday (Sept 8), as they beat St Davids 15-7 at Pill Parks.

This was a tough game between two teams looking for their first win of the season and it was St David’s who dominated the scrums and lineouts for much of the game whereas Llangwm looked the most threatening with ball in hand.

It was Llangwm who struck first when skipper Gethin Thomas offloaded to Josh Hicks who fended off a few tackles to power over the line for the first score of the day.

Luke Hayman added the points with the boot. Hicks was again involved as he chipped over the St David’s backline and was blocked resulting in a penalty which Hayman slotted through the posts.

Llangwm came close again towards the end of the first half when Hicks picked up from the base but his offload didn’t go to hand, leaving it 10-0 at half time. St David’s slowed the game down and number 8 Ianto carried well and Gethin Bateman was controlling the line outs.

They eventually got what their pack deserved when their scrum pushed over from 5 meters out and Ianto finished well to make it 10-7 going into the final stages.

Hayman and his backs looked threatening and Carwyn Morgan played well at scrum half.

Ian Griffiths was introduced by the home side at 7 and he linked up well with Hicks as they almost scored in the corner.

It was five minutes from the end that Llangwm scored the winning try when Hicks again salvaged the ball from a scrum that was going backwards broke the line and carried 30 yards until he was eventually tackled but he offloaded to Hayman who finished off in style.

That meant a 15-7 win for the hosts in what was a good game contested in a good spirit by two improving teams.

On Saturday (Sept 15), Llangwm travel to New Dock Stars in the first round of the WRU Bowl while St Davids are also on their travels as they go to Nantgaredig.