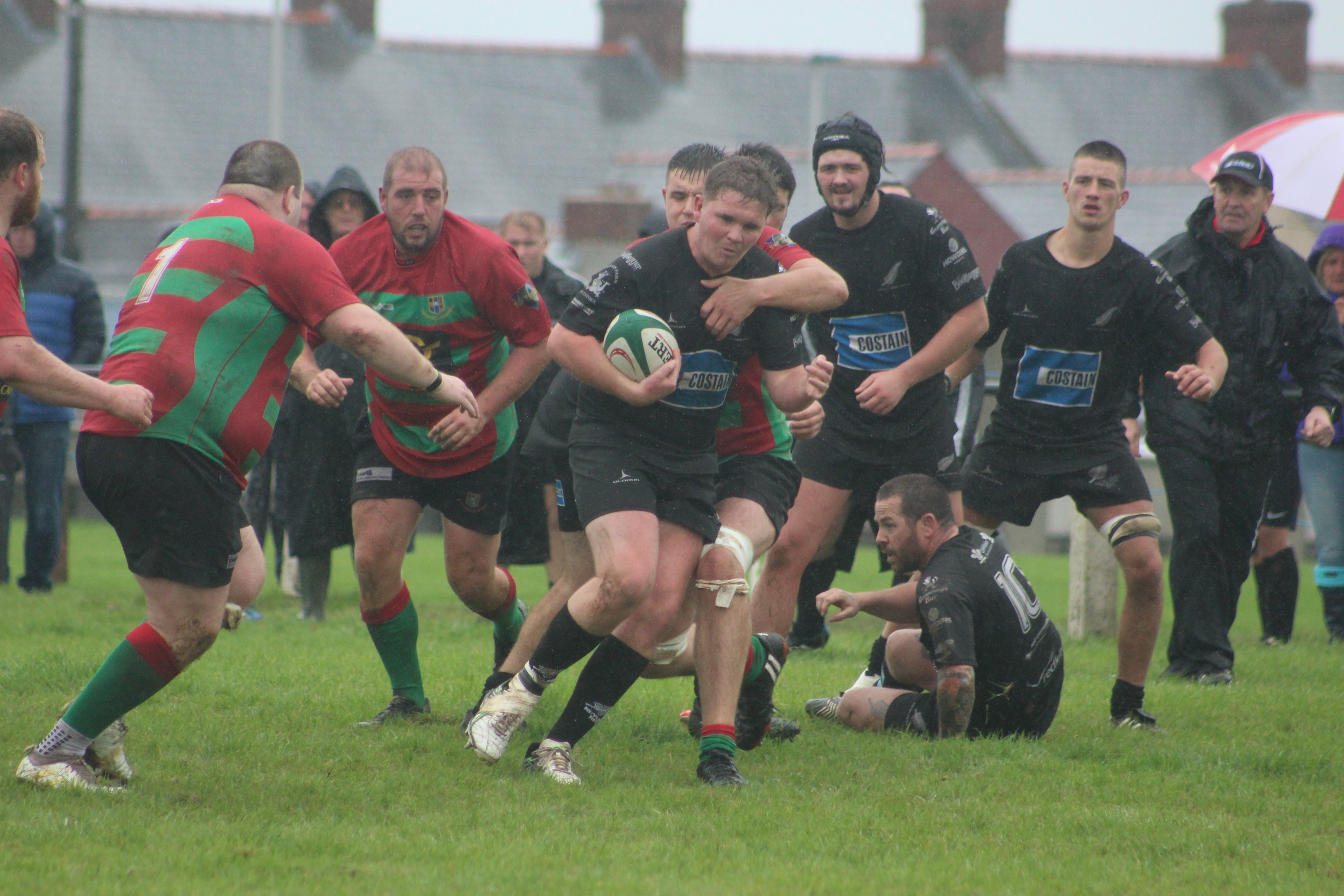 NEYLAND sealed their third League win in a row on Saturday (Sept 22) as they beat Llanybydder 22-16 at the Athletic Ground.

It was a closely fought match and the blustery rain and strong wind made conditions difficult for both teams in their attempts to play open rugby.

The home side started well and were rewarded when lively right wing Patrick Bellerby made a strong midfield run to cross for the opening try, converted by fly-half Mark Riley.

Llanybydder then settled, and a good run by centre Arwel Thomas took play deep into the home 22.

Further pressure by the visitors led to two penalties for centre Steff Richards to give a score of 7-6 at the interval.

Neyland controlled possession and territory for most of the second period, with forwards and backs combining well. Llyr James reaches over to score the last try of the game. Pic. Herald

They were rewarded with two tries for Number 8 Ben Williams and another for replacement hooker Richard Jones as they claimed a bonus point.

However, the visitors, missing a few regulars, responded with a late try for scrum half Llyr James, with an excellent conversion by Richards securing the losing bonus point.

On Saturday (Sept 29), Neyland will look to keep their winning run going when they travel to Cardigan. Llanybydder return to South Pembrokeshire to visit Pembroke Dock Harlequins.