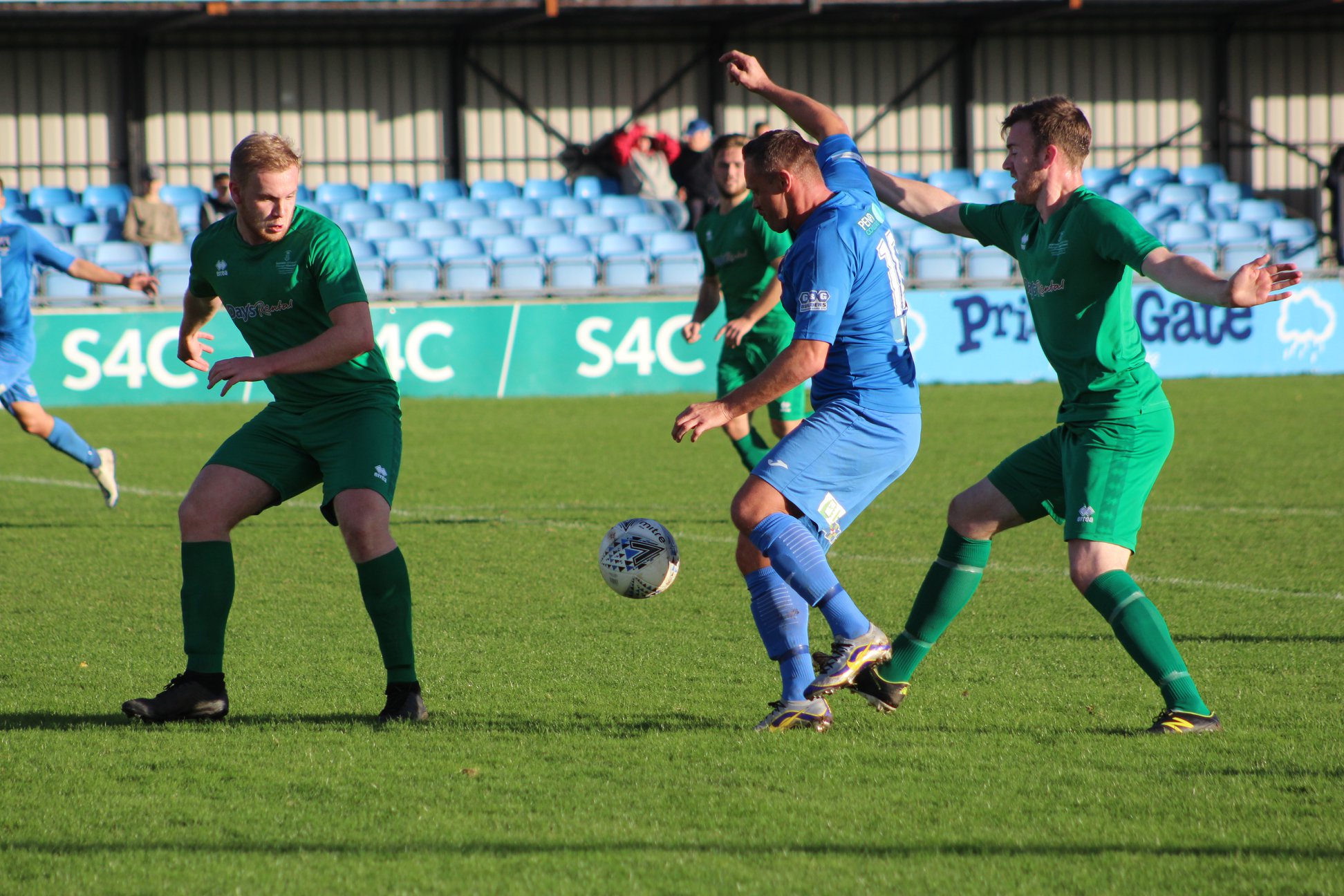 HAVERFORDWEST County scored late on to seal their progress into round three of the JD Welsh Cup on Saturday (Nov 10) as they beat Swansea University 4-3 at the Bridge Meadow.

A good crowd gathered for the game and they witnessed a thriller as the Bluebirds went two goals up only for Swansea to peg them back to 2-2 before half time.

Sean Pemberton grabbed the winning goal late on and the home side will now look forward to their third round tie.

The home side looked to take an early advantage and they made the breakthrough after ten minutes when Lee Trundle played an excellent ball into the middle for Ben Fawcett who fired into the bottom left corner.

Nine minutes later it was 2-0 the ball was played through for Trundle who ran onto it and fired in to the bottom left from the penalty spot. It looked as if the Bluebirds might go in at half time with the lead but Swansea were soon back into it with ten minutes to go.

The Uni side won a corner and after it wasn’t cleared properly the ball fell to Declan McAde who rifled the ball into the top corner from the edge of the box.

They weren’t done there and three minutes later the ball was played into the box and was touched in by the unfortunate Tim Hicks with the Uni’s Levi Houapeu in close proximity.

There was still time for more first half drama and it came a minute later when Trundle again played the ball through for Fawcett who scored his second of the game.

The Students were then given a penalty after Houapeu was fouled but keeper Steve Hall made an excellent save to keep the score at 3-2.

Hall was called upon in the second half to keep his side ahead with more good saves while at the other end Danny Williams came close to scoring.

With ten minutes to go the Students brought themselves back level as Houapeu put the ball in the net and all of a sudden an upset was on the cards.

It looked as if extra time would be needed but two minutes from the end Jack Wilson threw the ball into the box for Sean Pemberton who drove the ball in.

The Bluebirds saw the game out and the whistle brought an end to a thrilling cup tie.

The draw for Round three was made on Monday (Nov 12), and the Bluebirds were drawn at home against fellow Welsh League Division 1 side Pontypridd Town.

Before that they will return to action in Division 1 on Saturday (Nov 17) as they travel to fourth placed Cwmbran Celtic.

Blues too good for Neyland