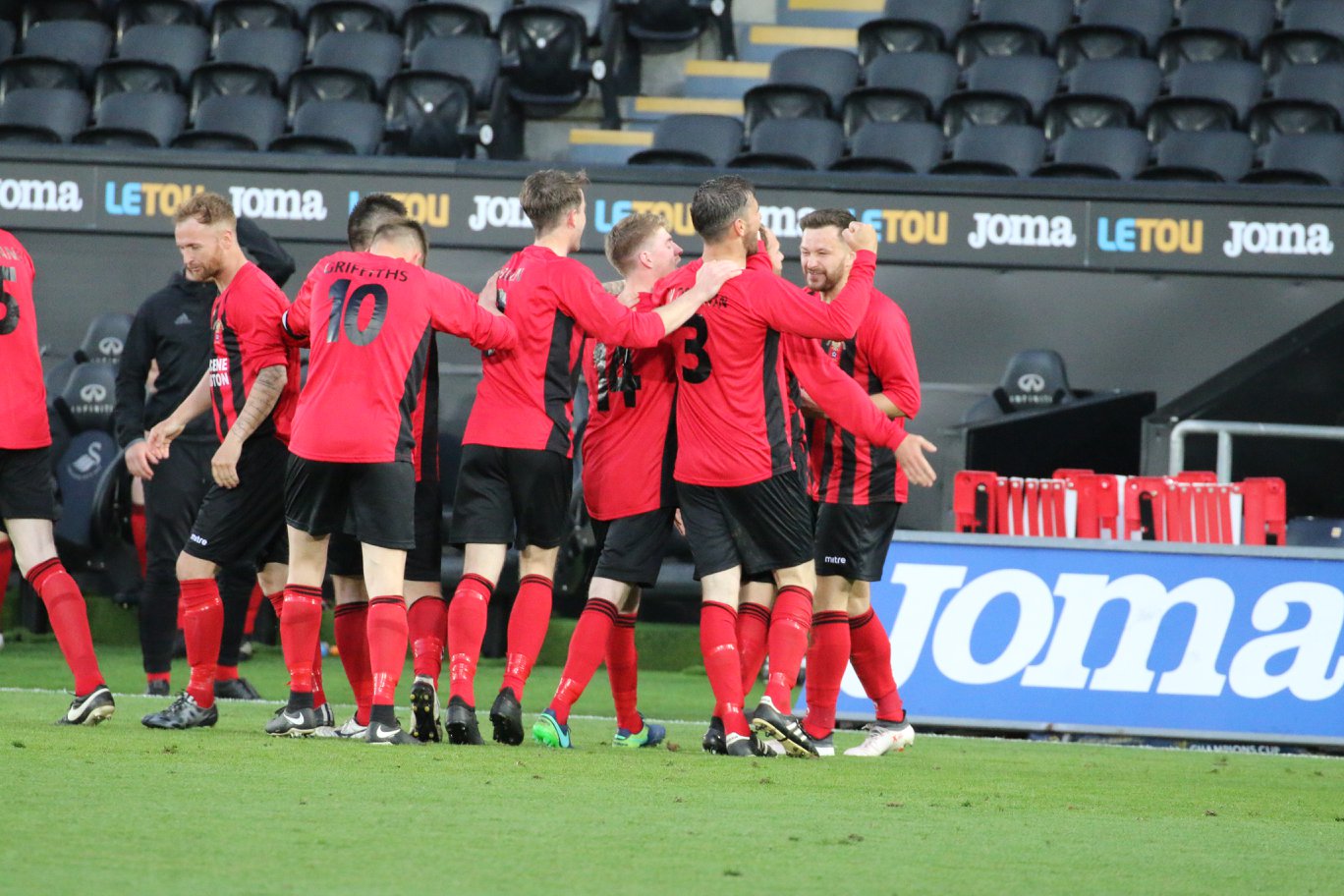 WEST Wales Cup holders Goodwick United got the defence of their trophy off to a winning start as they beat Seaside 7-3 on Saturday (Nov 3).

Jordan Griffiths scored a hat trick for the Champions while Kieran O’Brien also scored a brace. Lee Hudgell and Matty Delaney were also on target for the Pembrokeshire side.

Shane Walsh and Adam John were also on target while Liam Parr and Morgan Picton scored consolation efforts for Milford.

Merlins Bridge secured an excellent 1-0 win in the second round of the West Wales Cup as they knocked out last season’s finalists Penlan Club.

Penlan were beaten by Goodwick in the final and would have been keen to reach that stage once again but the Wizards had other ideas.

Joe Leahy bagged the only goal of the game but it was enough to send the Wizards through.

Monkton Swifts earned their place in the next round with a 7-4 win over Felinfoel and St Ishmaels were knocked out beaten 3-2 by Plough Colts after extra time.

Clarbeston Road bowed out of the competition after being beaten 4-2 by Gorseinon. Jason Griffiths and Sean Seymour Davies scored for the home side but it wasn’t enough to see them through.

There was bad news for Clarby’s Tom Glover who sustained a broken ankle and he will be out for the rest of the season. The Herald wishes Tom all the best in his recovery.

A battling Letterston side were knocked out by Ynystawe Athletic as they were beaten 4-1. Geraint Mathias scored for the home team to make the score 1-1 at half time. However, their opponents upped their game in the second half to go through.

Herbrandston went through to the next round of the cup as they earned a 3-2 win over Johnston thanks to two goals from Andre Algieri. Scott Reid also scored for Herbie while the Tigers’ goals came from Ollie Murray and Scott Crawford.

Bluebirds through in thriller

Ladies settle for a point