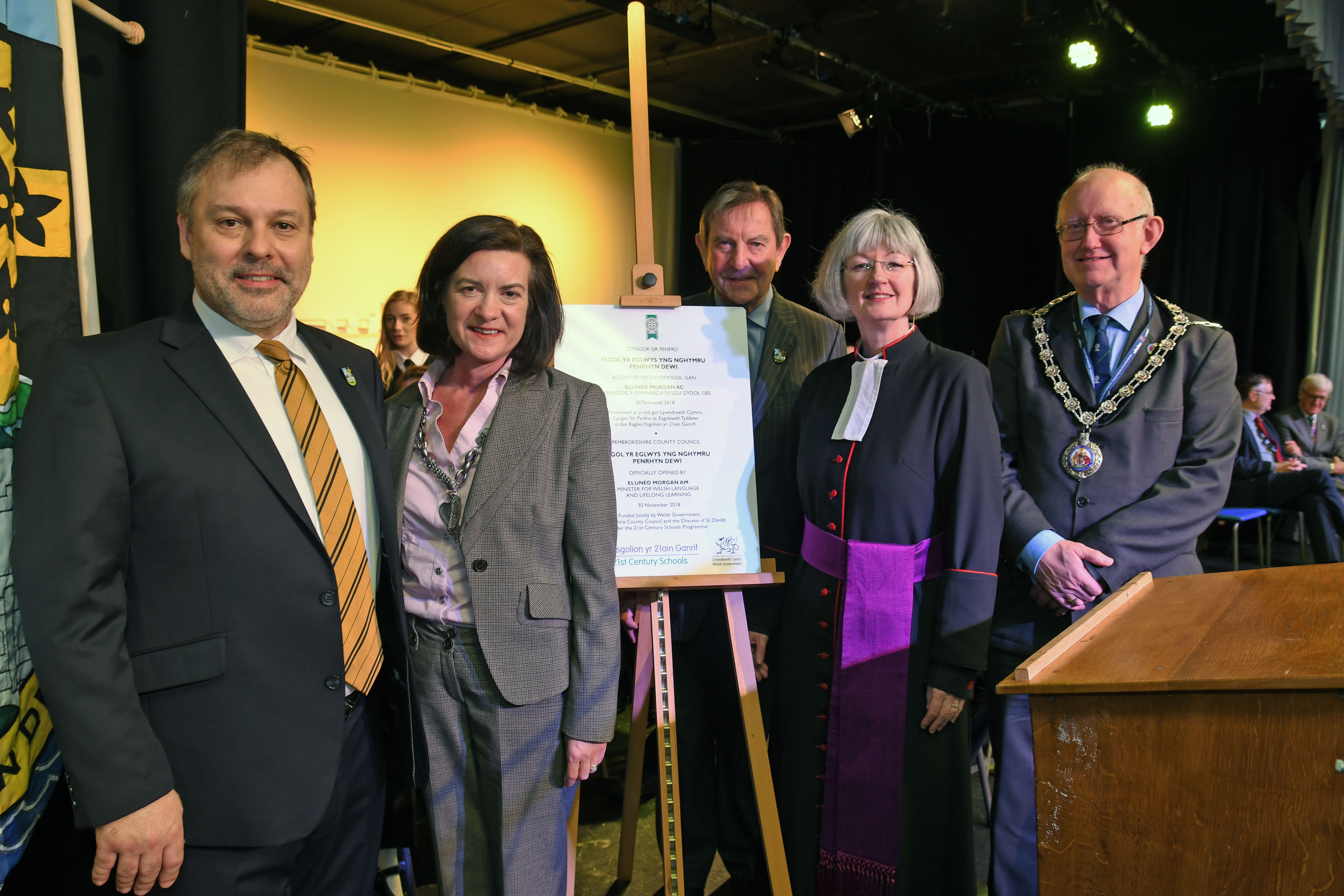 A NEW school for three to 16-year-olds on the St Davids peninsula has been officially opened.

A plaque commemorating the event was unveiled earlier today (Nov 30) by Eluned Morgan AM, Minister for Welsh Language and Lifelong Learning.

Penrhyn Dewi is the first Church in Wales secondary phase school to open since the 1920s and the Church’s first ever 3-16 school.

The former Ysgol Dewi Sant site has seen £4 million investment into a part-new build and remodelling of teaching accommodation. The contractor was WB Griffiths and Son of Haverfordwest.

Post-16 provision for pupils is available at the new sixth form centre in Haverfordwest as part of a formal collaboration between the County Council and Pembrokeshire College.

Penrhyn Dewi opened its doors to pupils in September.

It is one of several new schools which have been built – or are being built – in Pembrokeshire under the 21st Century Schools and Education  Programme, a collaboration between Pembrokeshire County Council and the Welsh Government who are sharing the funding.

The Diocese of St Davids also contributed to the funding of the new school.

Baroness Morgan – whose family hails from St Davids – was welcomed to the school by Council Chairman, Aden Brinn and headteacher, David Haynes.

At the official opening ceremony, musical items were performed by the Cathedral Choristers and the school choir.

She told guests: “It is a pleasure to officially open Ysgol Penrhyn Dewi and I am delighted that the Welsh Government’s has made such an important investment in education in Pembrokeshire by contributing £3.4 million to the £4 million cost of renovating the school.

“The most ambitious school building programme since the 1960s, Band A of our 21st Century Schools and Education Programme will see an overall investment of £1.4billion, including over £120 million for Pembrokeshire.  Band B will see a further £2.3 billion invested, starting next year.

“Our pupils deserve the best learning environment to help them achieve their best and I’m so pleased Ysgol Penrhyn Dewi delivers this across the three campuses.

“I would like to congratulate everyone involved, and wish Mr Haynes, his staff and pupils the very best of luck for the future.”