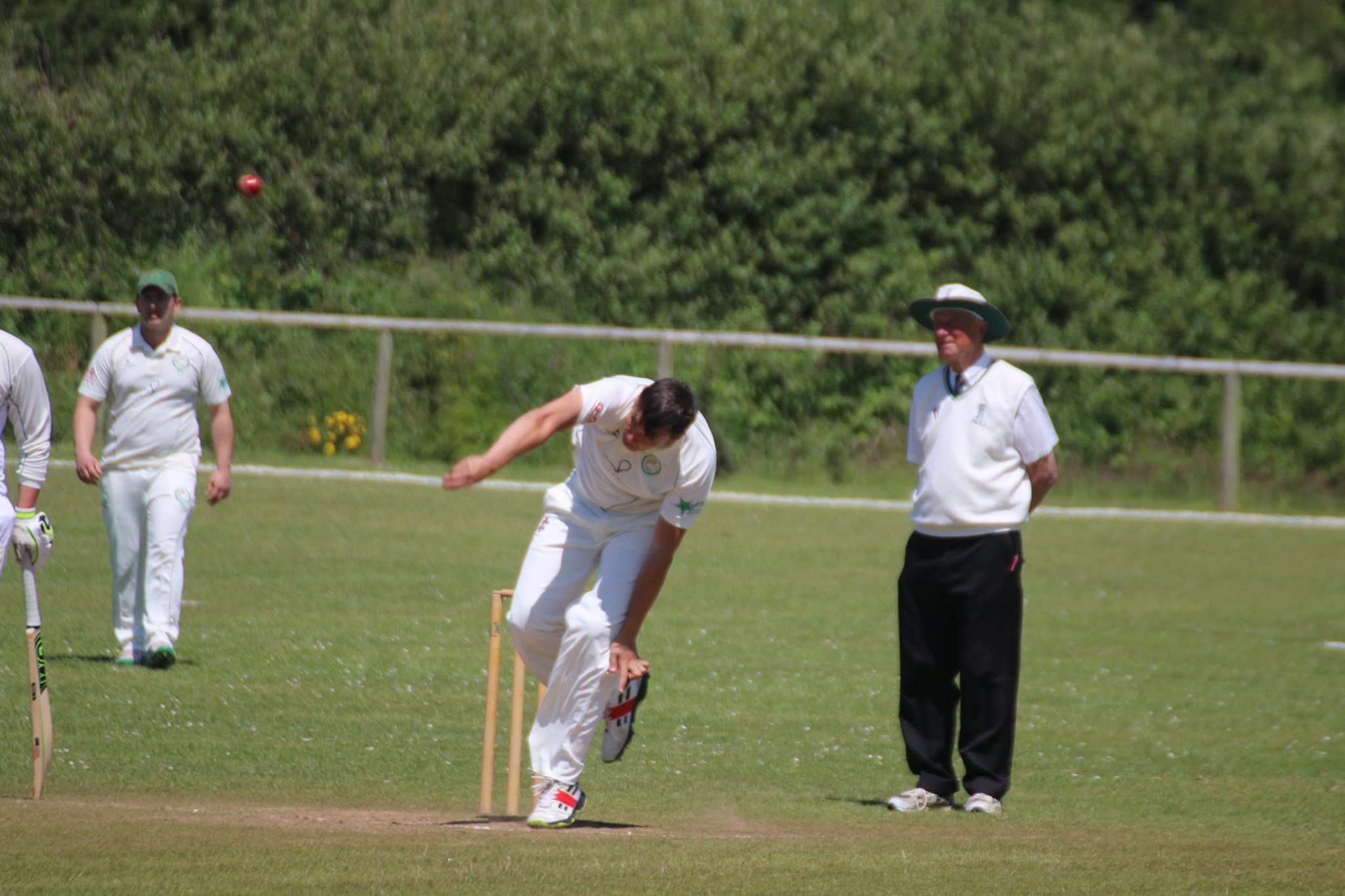 ST ISHMAELS moved up to fifth place in Division 1 on Saturday (Jun 22) as they beat Burton by four wickets.

Tish won the toss and elected to field and they did well to keep Burton to a score of 143-9 in their 45 overs.

Burton did their best to claim the win but Tish’s Daniel Richards finished unbeaten to see his side over the line.

Burton were in trouble early on as Jonathan Venables was bowled by Brennan Devonald and Jordan Milich then had Toby Hayman caught by Philip Cockburn.

Devonald then also bowled Matthew Webb as Burton were reduced to 11-3. Morgan Scale and James Davies shared 21 runs for the fourth wicket but Andrew Pawlett then had Davies caught by Andrew Williams.

Scale hit two fours and a six as he made a good score of 25 but he was then bowled by Pawlett as Burton slipped to 48-5.

Pawlett then claimed his third wicket as he bowled Will Ridge and he soon had his fourth as he had James Scale caught by Williams.

Burton were in trouble on 84-7 but Luke Hayman and Dan Llewellyn shared 42 runs for the eighth wicket.

Hayman hit five fours in his score of 55 but he was then stumped by Jack Nicholas off the bowling of Andrew Williams.

Iestyn Evans was then bowled by Harry Nicholas but Llewellyn finished not out on 17 to ensure Burton batted out their overs.

Peter Bradshaw and Harry Nicholas got Tish off to a steady start in their reply as they shared 38 runs for the first wicket.

Bradshaw made a score of 21 but he was then caught by Iestyn Evans off the bowling of John Scale.

Harry Nicholas made 18 but he was bowled by Morgan Scale. Morgan then claimed his second as he bowled Phil Cockburn.

John Scale then claimed the wicket of Daniel Howells as Tish were reduced to 60-4. Brennan Devonald and Jack Nicholas then shared 54 runs for the fifth wicket as they looked to put their side in a good position.

Devonald hit eight fours and a six in his score of 49 from 41 balls but he was then caught by Luke Hayman off the bowling of James Davies.

Dan Llewellyn then trapped Jack Nicholas leg before on a score of 15 to leave Tish on 136-6.

Daniel Richards then hit four fours as his score of 18 not out came from only eight balls.

That saw Tish to their target and the win sees them move up to fifth place in the table.

On Saturday (Jun 29), Tish are at home to Saundersfoot while Burton travel to Haverfordwest.