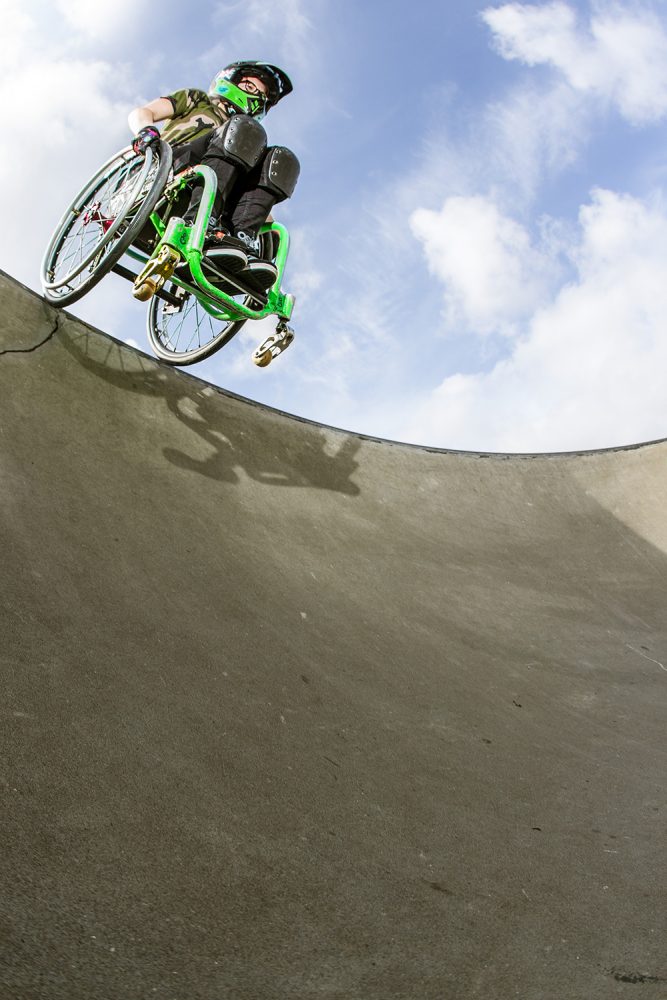 THE WORLD’S and the UK’s finest skateboarders, BMX and Wheelchair Motocross stars will drop in on young people at a Carmarthenshire Ramps skatepark on Saturday 19 October 2019 from 11 am till 2 pm. The event was arranged to celebrate the £3 billion National Lottery players have raised for projects which have specifically helped children and young people develop and thrive in the UK over the last 25 years. £2 million of National Lottery funding has specifically been awarded to support and develop over 47 BMX projects in local communities for young people in Wales to enjoy.

Wales and Pembrokeshire’s own wheelchair sports superstar, Lily Rice; the Olympic BMX freestyler from Swansea, James Jones; Britain’s leading street skateboarder and 2020 Olympic hopeful, Alex Decunha; and YouTube influencer, Jake O’Neill (aka Jake100), visite hundreds of youngsters at Ramps indoor and outdoor skatepark in Llanelli as part of the National Lottery’s celebrations.
More than £340,000 was awarded by the National Lottery in 2013 to develop and build Ramps Skatepark which now provides activities for over 15,000 young people a year.
At 15 years old, Lily Rice from Manorbier, Pembrokeshire, is a World Champion wheelchair motocross (WCMX) star. She was propelled to fame two years ago when she became the first female in Europe to achieve a wheelchair backflip, and only the second girl in the world to pull off the stunt. Since then, Lily has emerged as one of the global leaders of WCMX – wheelchair motocross.
She says: “By contributing towards building amazing facilities such as this indoor and outdoor skate park, National Lottery funding is helping thousands of young people of all abilities to reach their goals and discover new opportunities. I have trained and practised at numerous National Lottery funded skate parks and there is no doubt that the funding has helped wheeled sports, enthusiasts, to become healthier and more active.”
The National Lottery has inspired millions of people to get active in their local community, as well as supporting individuals and teams from grassroots to elite.
James Jones is a 25-year-old professional BMX rider from Swansea. James, who also celebrated his 25th Birthday this year,  is one of six world-class athletes who make up the Freestyle BMX Team GB for the 2020 Tokyo Olympics. James honed his skills and practised his tricks at the Ramps skate park in Llanelli when he was growing up and highlights the importance of young people having access to facilities like this on their doorstep.
James Jones said: “I practised a lot here growing up and this facility has played a big part in my development as a professional rider and a person. I probably wouldn’t be where I am now without the support I got here. It’s not just about learning to ride or skate, there’s a real family vibe here, a great social aspect and it’s well supported by the community. The National Lottery must fund parks such as this one so that young people can have a safe space to pursue their hobbies and meet friends.”
Related Topics:
Up Next