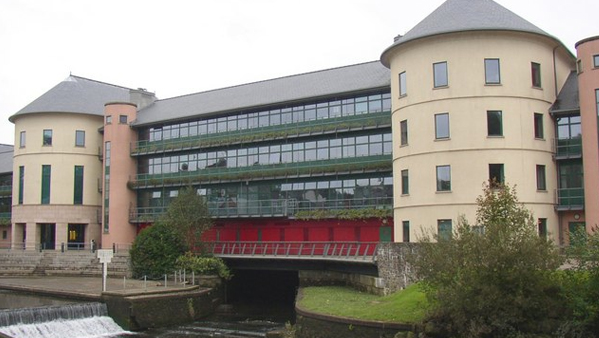 THE CABINET MEMBER for Finance presented his draft budget to Council members on Thursday, December 19.

In a key announcement, he said because of extra Welsh Government cash the Council could hold the line on services and make modest increases in spending.

Cllr Bob Kilmister played up to the public perception of him as ‘Mr Doom and Gloom’ by a neat piece of self-mockery, saying: “This speech is going to confuse a few people as I outline what I believe is a very good news story.”

Cllr Kilmister began, however, by outlining to members that the budget before them was, necessarily, very much a draft.
Praising Director of Finance, Jon Haswell, and his staff, Bob Kilmister explained that he had only a total of thirty working hours to prepare the budget. The short time was because the Welsh Government provided details of the budget settlement for Pembrokeshire at noon on Monday.
Warning members that the budget might be affected by any changes Westminster made in its budget, he also said that – regardless of the good news on spending – austerity was far from over.

A series of options will now be presented to members to examine through the scrutiny committee structure. A public consultation will also take place.
Cllr Kilmister reminded councillors the budget required their approval by Feb 27. Providing options meant that both councillors and residents had the chance to propose amendments to the draft expenditure plans.
He told members that cost pressures on the budget are ‘very real’ and that not all services were hit equally by inflation, demographic and legislative pressures.
To illustrate his point Bob Kilmister pointed out that Adult Social Care, Children’s Services and Education have combined pressures amounting to £14.1 million just to stand still.
Combined with other cost pressures, the Council needs to find a further £3.1m for its budget to meet other demands.
The extra money from the Welsh Government will help ease those pressures, which means with a proposed 5% Council Tax rise the Council will have extra money to allocate to services.
It was not all good news: Cllr Kilmister announced a further round of restructuring, potentially shedding 66 full-time-equivalent jobs to save £2m.
With an extra £18.75m to spend, Cllr Kilmister set out the draft spending priorities.
Addressing a hot topic arising from a recent Education Scrutiny meeting, Bob Kilmister said the Council would NOT be charging for sixth form school transport.

Among the other significant announcements on planned spending, Bob Kilmister announced £120,000 for repairs to historic buildings.
He explained the line of expenditure was part of a scheme to reduce the massive capital costs the Council faced on basic maintenance for historic buildings after years of neglect. Cllr
Kilmister remarked pointedly the budget he inherited was £6,400 per year.

Addressing the problem of fly-tipping, Cllr Kilmister observed that the service had struggled for some time before recent changes to household waste collections. The service had suffered from ever-tightening budgets over many years. To ease the pressures, Bob Kilmister announced a £100,000 increase in funding to ease pressures on the service.
For the first time, the Council will have a specific budget line for major events, which it previously funded via grants. The £70,000 announced is not extra money but is allocated as a share of existing resources.
Public consultation on the draft budget will start on January 6 and end on January 27. There will be two Facebook live sessions and a Public Meeting during the day at County Hall which it is hoped will be webcast.
Cllr Kilmister urged residents to take part in the consultation exercise.
On Council Tax, Bob Kilmister said the Cabinet believe this should rise by 5% which is £1.04 per week for a Band D property or £54.60 per annum extra. He anticipated it will be one of the lowest cash rises in Wales.
He concluded: “In the last two years it has been very clear that residents have paid more for less.
“This year we believe they will pay a “little bit more but get a lot more”.

‘Polish Tom’ sent to jail for breach of suspended sentence