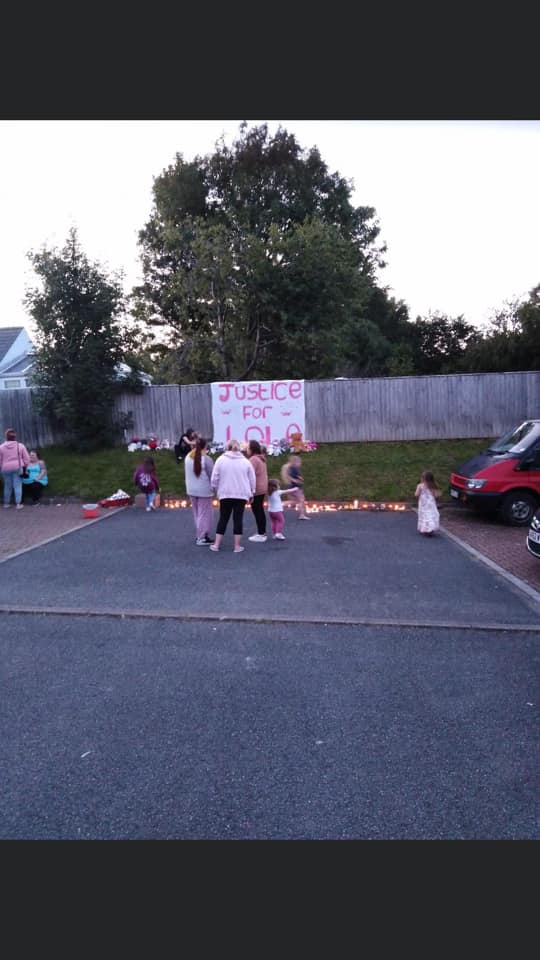 THE CASE of a 2-year-old who died in hospital on Tuesday (Jul 21) has touched the hearts of everyone in the county. However, the police decision to bail the two people arrested in connection with the case, has sparked anger and protest.

On Tuesday night, at Haverfordwest police station a small group of around twenty protestors gathered to vent their anger that the arrestees had not been remanded into custody. Hastily arranged on social media, the mood was quiet and sombre, but the talk among the crowd was about where the couple had been bailed to, and how best to interact with senior police officers in order to vent their frustrations.

Later that evening, police vehicles arrived at The Silverdale Lodge in Johnston, responding to members of the public turning up claiming that the suspects were inside.

A resident at The Silverdale Lodge told The Herald on the telephone: “None of the residents or security were aware that [one of the accused] had been bailed to the Lodge. A few people turned up suggesting that they were there – and quickly afterwards police units arrived and took a woman into police protection.”

As this was all happening a vigil was held at Princess Royal Way, Haverfordwest where residents of the street, both adults and children, lit candles and placed flowers and teddies in front of a large banner saying “Justice for Lola”.

The gatherings passed without incident.

A police spokesperson told The Pembrokeshire Herald: “Officers were called to an address in Haverfordwest on the morning of Friday, 17 July 2020.

“The child tragically passed away in hospital on July 21.

“Our thoughts are with the family at this difficult time.

“The family are supported by specialist trained officers.

“Two people have been arrested on suspicion of assault and neglect, and the investigation is ongoing.

“Anyone with any information is asked to contact police at Pembrokeshire CID.”

Speaking on Wednesday, Superintendent Ross Evans said: “Pembrokeshire is a close-knit community, and we understand that the death of a child will be a cause for grief.

“However we would appeal to the public to refrain from any actions that could impact the ongoing investigation, including comments shared online and on social media.

“Officers will be more visible in the local area over the coming days as enquiries continue, and any concerns can be addressed through them.” Tenby’s Park and Ride is back