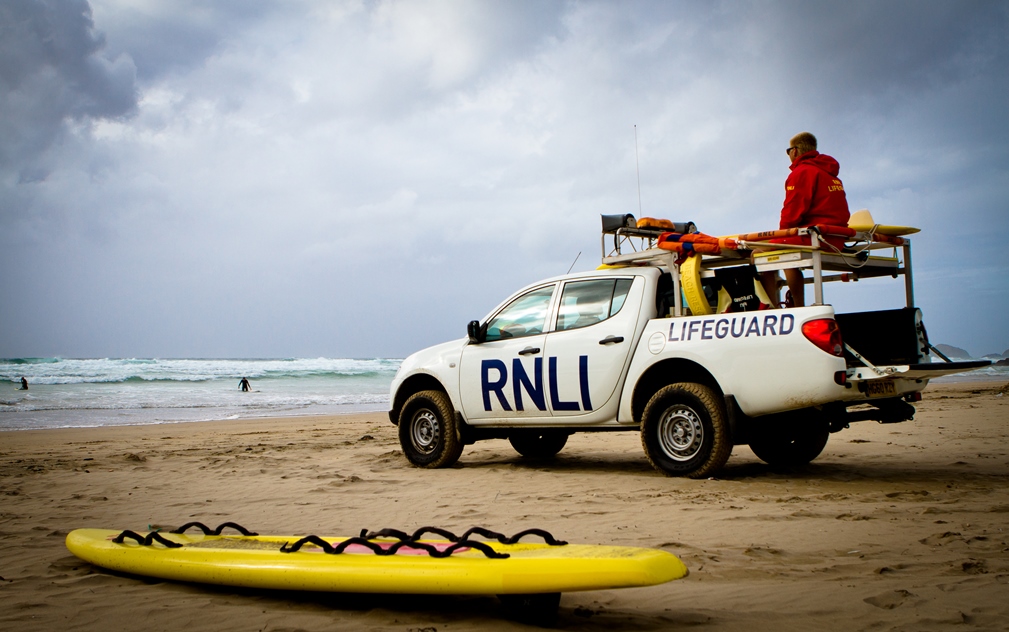 WITH the school summer holidays now in full swing and many families choosing to staycation rather than travel abroad, The Royal National Lifeboat Institution and Her Majesty’s Coastguard are urging every parent to be aware of the potential dangers and to be beach safe.

The warning comes after it emerged that surfers had saved the life of a non-swimmer being swept out to sea from a Pembrokeshire beach by a powerful rip current.

The female was being carried out to sea off Manorbier, after she rushed into the water to go to the rescue of her two children, who had got into difficulty while body-boarding.

The incident was one of several on the beach in recent days, which saw a total of eight people being rescued by local surfers.

‘It’s important that anybody venturing in or near the sea knows, not just what rip currents are, but how to react if they are caught in one or see someone else in trouble.

‘They are difficult to spot and even the most experienced and strongest swimmers can find themselves caught out so it’s important where possible to use beaches that have lifeguards patrolling on them.’ If you find yourself caught in a rip current, try to remember the following key safety advice:

Don’t try to swim against it, you will quickly get exhausted.
If you can stand, wade don’t swim.
If you can, swim parallel to the shore until free of the rip and then head for shore
If you can’t swim – FLOAT to live by leaning back in the water, extending your arms and legs, and resisting the urge to thrash around to gain control of your breathing
Raise your hand and shout for help.
If you see anyone else in trouble, alert the lifeguards or call 999 or 112 and ask for the Coastguard.

Off-duty Aberdyfi lifeboat crew member Arwel Jones was one of those who sprang into action on Sunday afternoon after his wife spotted someone running in to rescue two teenagers struggling in the water.

Together with some lifeguard friends and former lifeboat crew who happened to be wind and kitesurfing, they pulled the group to safety.

‘They were just so lucky the right people happened to be in the right place at the right time,’ said Arwel. ‘There was even a doctor on the beach by chance, when we got them out of the water.

‘It’s a scary thought but a few seconds here or there and it could have been a very different outcome.

‘On this occasion the current which caught the group out was part of the normal tidal flow in the estuary at Aberdyfi rather than a rip current, but it really highlights the need to be aware of all currents in the beach environment.’

While rip currents are not the only danger at the coast, with tidal cut-offs and inflatables also the cause of many emergency calls, they make up the majority of incidents in the water for RNLI lifeguards and are a major cause of accidental drowning across the world.

The RNLI and Coastguard strongly advise against taking inflatables to the beach and urge people to be aware of the tide times and local hazards to avoid getting into trouble.

Director of HM Coastguard Claire Hughes said: ‘We’ve seen so many times how easy it is to get caught out by the sea.

‘That is why it is important to swim or bodyboard on lifeguarded beaches, stay within your depth, swim parallel to the shore and keep a close eye on friends and family at the beach and in the water.

‘Make sure you are always contactable at the coast by carrying a fully-charged mobile phone and if you get into trouble or see someone else in trouble, call 999 and ask for the Coastguard.’