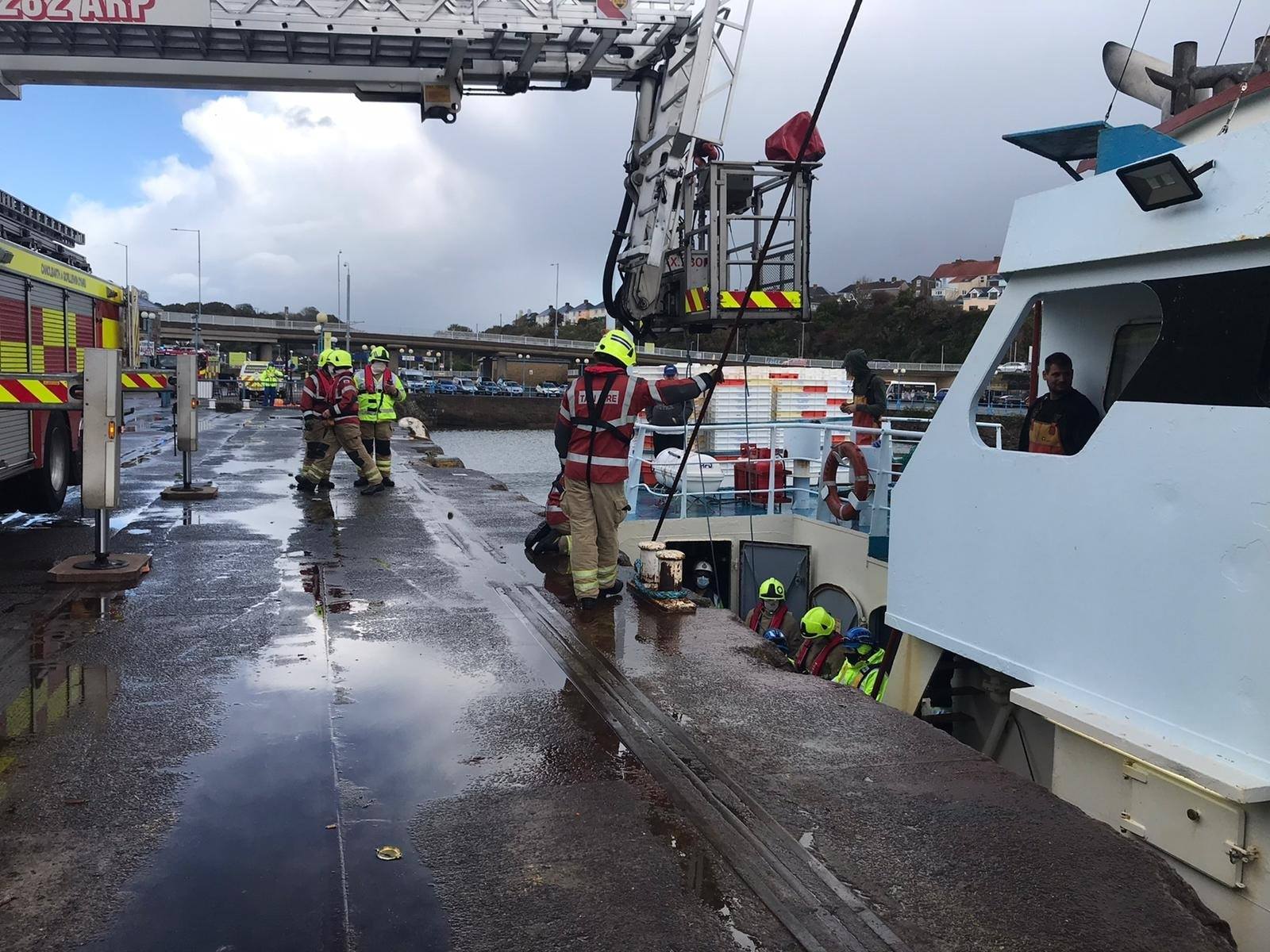 AN incident at Milford Haven Docks this morning required a multi agency response.

The Herald received a report of a large presence of emergency services just outside Phoenix Bowl at Milford Dock this morning.

A reporter from The Herald was on the scene to witness the removal of an injured male off a fishing vessel that was berthed at the Dock.

In attendance were two fire engines, two HM Coastguard vehicles and an ambulance.

A spokesperson for the Mid and West Wales Fire Service said: “On Thursday, 24/09/2020 at 11:11am, crews from Milford Haven and Haverfordwest assisted the Ambulance Service at a medical incident in the Docks area of Milford Haven.

“Crews assisted the Ambulance Service in removing a male casualty from a fishing vessel and left the incident at 12:28pm.

“The Coastguard were also in attendance.” One of the fire engines started to engage their crane ladder, although this was not needed in the end.

A male crew member was seen being lifted from the deck of the vessel on a board then transferred onto a stretcher and wheeled into an ambulance.

A Welsh Ambulance Service spokesperson said: “We were called this morning, 24 September, to reports of a patient needing medical attention at Milford Haven Marina.

“We responded with one emergency ambulance and one patient was transported to Withybush Hospital.”

Shortly after the casualty was removed from the deck, the vessel removed their anchor and vacated the Dock.

HM Coastguard provided an update on the incident on their Facebook page, stating that a casualty onboard a fishing vessel had fallen and sustained a back injury.

They said: “The aerial platform from Haverfordwest was tasked alongside an appliance from Milford Haven.

“The casualty was packaged by the paramedics and placed on our rope rescue stretcher. Once on deck we secured the stretcher to the underneath of the fire engine aerial platform and lifted onto the dockside.

“Casualty was transferred to hospital.