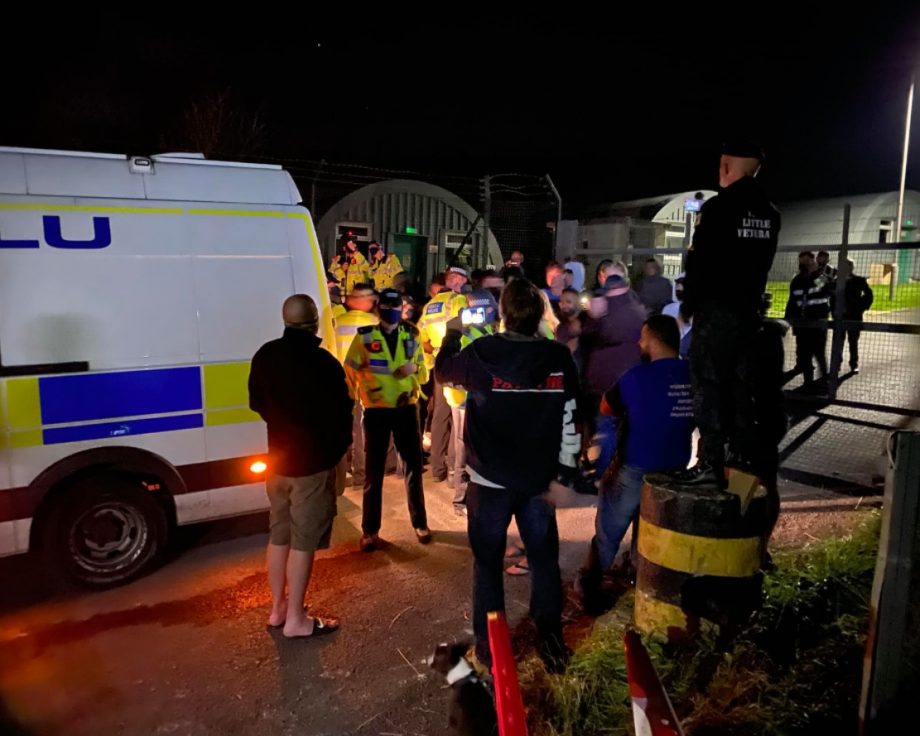 THE LOCAL Police and Crime Commissioner is calling on Home Secretary to halt further movements of asylum seekers to Penally site amid concerns of suitability of site, and lack of local infrastructure

Dafydd Llywelyn has today written a second letter to Priti Patel, calling on the Home Office to halt further movements of asylum seekers to Penally, Pembrokeshire following a site visit this week.

On Tuesday, PCC Dafydd Llywelyn visited the site at Penally, and met with local community representatives in the area, and in a letter to Home Secretary today, Mr Llywelyn has raised concerns about the suitability of the site to house asylum seekers.

PCC Mr Llywelyn told The Pembrokeshire Herald: “Following numerous meetings and briefings, including a visit to the Penally site, I am now even more concerned about the decisions which have been made by the Home Office.

“Specifically, I am concerned about the suitability of the dilapidated site, the lack of local infrastructure for the intended residents, the potential for this to become a focal point for far right attention and finally, the lack of strategy which for me, has echoes of the Windrush scandal.”

Over the last 10 days, the PCC has attended several multiagency meetings involving Police, Unitary Authority, Health and Welsh Government colleagues, requesting for greater planning to take place and for the original arrangements in relation to the pace of occupancy to be slowed.

Mr Llywelyn said: “In my letter to the Home Secretary at the beginning of the week, I asked for support of my position of wanting detailed planning, community engagement and transparency of decision making.

“Following a visit of the site in Penally – where I observed accommodation which is in a poor state of repair and is not adequate for housing 230 young men through the winter, I now ask that the Home Secretary halt any further movements to the Penally site until such time that progress can be made to fully consider unintended consequences, community impact assessments and that all key stakeholders can be engaged to consider all available options to support these vulnerable individuals”.

Meanwhile, police have confirmed that A 50-year-old man arrested on suspicion of public order offences following disturbances during the protest at Penally on Monday night has been released on police bail with the condition that he does not enter Pembrokeshire.

Superintendent Anthony Evans, Divisional Commander for Pembrokeshire said: “A peaceful protest was held last night with around 20 people in attendance and minimal disruption.
“We will maintain a presence in Penally to facilitate peaceful protests and continue to engage with the community.
“We are in conversation with our partners across Pembrokeshire and are grateful to those in Penally and the surrounding community who are engaging with our officers on the ground and sharing concerns and information with us.”