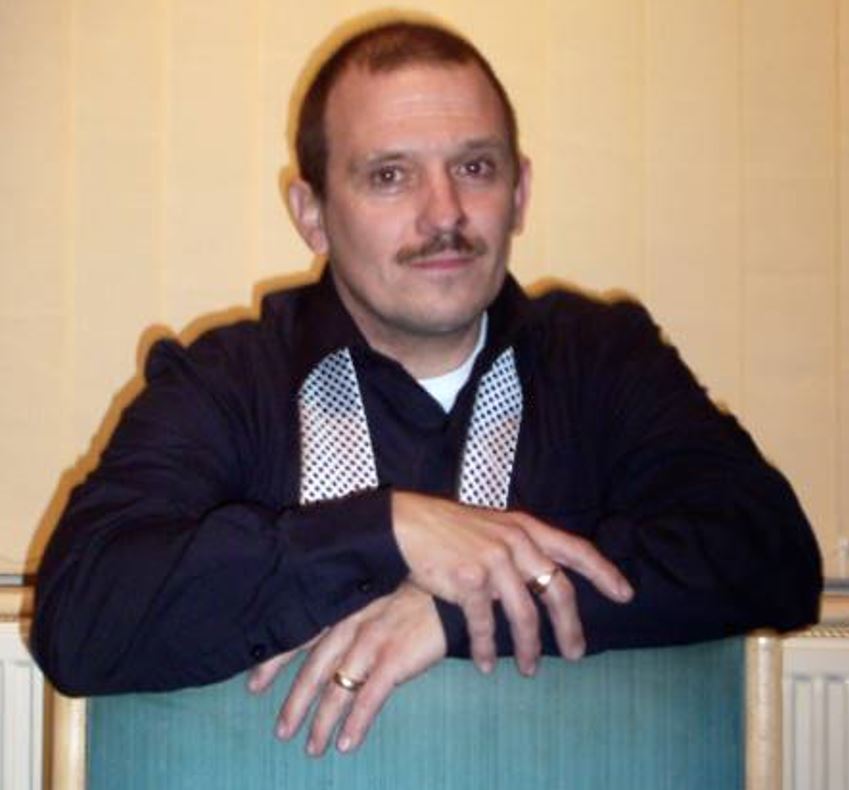 A 58-YEAR-OLD man described as a “predatory paedophile” who abused children over a period of three decades has been sentenced to life imprisonment.

Lewis admitted nine counts of rape, 10 indecent assaults and one count of sexual assault committed against girls aged from four and 17 between 1987 and 2007. The charges involve multiple offences against each victim and were committed in Norfolk, Surrey, Cambridgeshire, Northamptonshire and London.

However the police force dealing with the case have asked local newspapers to publicise the case in every area, in case there are other victims which need to come forward.

Lewis, who also goes by the names Chaz, Chas, Charlie and Tony, worked as an entertainer and would target his victims by setting up talent show companies, preying on young children under the guise of getting them gigs and making them famous. The court heard he would befriend the parents of vulnerable children and make links with the likes of church and charity groups, where he knew children would be present.

The investigation began in September 2017 when one of his victims went to the police to report the historic abuse and Lewis was arrested in connection with the allegations the following month. Devices seized at his home address, following his arrest, were found to contain indecent images of children and he was further arrested for these offences. Lewis was later charged with four offences of making/possessing of indecent images which he pleaded guilty to and was convicted of in May 2018. In October that year, he was given a 17-week prison sentence, suspended for two years, a five-year Sexual Harm Prevention Order and placed on the Sex Offenders Register indefinitely.

The historic allegations continued to be investigated and Lewis was later charged with multiple offences in May this year.

Lewis, of Yeomans Court, Meeting Lane, Burton Latimer, Northamptonshire, was sentenced to life imprisonment and ordered to serve a minimum of 11 years before being considered for release.

Investigating officer, Detective Constable Verity Holmes, from the Norfolk and Suffolk Major Investigation Team, said: “I welcome the significant sentence passed at court today but it’s important not to lose sight that even though Lewis will now spend a considerable time in prison, his victims will have to live with the impact of his abuse for the rest of their lives.

“Lewis was a predatory paedophile who would target children’s talent shows, music festivals, church and charity groups, where he knew children would be present and have opportunity to abuse them.

“Lewis’ offending spanned over three decades and we know his work in entertainment took him across the country.

“Every allegation of child abuse is fully investigated by Norfolk Police, with specialist officers guiding victims through the process. Support and advice is available from a range of agencies we work closely with towards the successful prosecution of offenders.”

Statements from all of Lewis’ victims were read out to the court, with each describing how the abuse has affected their lives and relationships. Many of them revealed their struggles in later life with alcohol and drug abuse as well as mental health issues.

She also described the relief of finding out Lewis was being brought to justice. “I felt I could breathe again, I didn’t have to keep looking over my shoulder anymore…. he’ll go away for a long time and can’t hurt anyone else.”

Another victim said: “He took away my innocence, my childhood and my ability to form relationships with others.”

Describing the impact of his offending, another victim said: “The long-term impact on me has been horrendous… I struggle to be able to trust anybody. Life experiences I have should have enjoyed were all tainted by what Lewis did to me.”

In another statement read out to court, his victim said: “I don’t trust anybody, not even my own family. I’ve had nightmares for as long as I can remember. I would be chased by a shadowy figure. I would be running, screaming, but no one could hear. That room – it’s always in that room but now as an adult I feel stuck in there and can’t get out. I don’t know how to feel about him being convicted. I do know I want him to feel fear about going to prison, even for a second, so he feels the fear that I felt.”

Sentencing Lewis, His Honour Judge Andrew Shaw said: “You have admitted the most egregious and appalling campaign of sexual abuse over 20 years. Each one of your five victims was a child you owed a duty of care to…you abused your position of trust.

“The five victim personal statements were among the saddest and most upsetting I’ve ever heard. No underestimation you have ruined their lives. They have suffered the most severe psychological harm at your hands.”

Hendrika Tatam, a specialist RASSO prosecutor, said: “This case demonstrates that where there is sufficient evidence we will not shy away from prosecuting perpetrators of sexual abuse no matter how long ago the offences were committed and we worked closely with the police to ensure that he was brought to justice for his despicable conduct.

“We want every victim to have the confidence to report what happens to them to the police. The police will investigate and gather evidence, and where there is sufficient evidence, the CPS will proceed to prosecution.”

Anyone who may have been affected by anything raised in this case can contact police in their local area on 101.

The freephone NSPCC helpline 0808 800 5000 is available for anyone to report or seek advice about non-recent abuse. Calls can be made anonymously.

Norfolk Sexual Assault Referral Centre, The Harbour Centre, operates a 24-hour service for victims of sexual abuse and can be contacted on 0845 456 4810.

The Lucy Faithfull Foundation is the UK’s only children’s charity dedicated to preventing child sexual abuse and runs a Freephone confidential helpline 0808 1000 900.