THE FIRST MINISTER did not use the word ‘lockdown’.

That is, however, clearly what he signalled as part of the Welsh Government’s plans to tackle the coronavirus pandemic.

Speaking at a press conference held this lunchtime (Friday, December 11), Mark Drakeford announced that the Welsh Government was considering imposing ‘Alert Level 4’ restrictions if the rate
of Covid-19’s spread did not decrease.

He did not rule out further restrictions BEFORE Christmas but said he regarded them as unlikely.

His words suggest that tough new restrictions could be imposed after Christmas, including the closure of exercise and leisure centres and hospitality closures in the New Year.

Mark Drakeford said the numbers were going in the wrong direction and cases were rising in all areas of Wales.

A significant amount of the blame for the rise in cases was, the First Minister claimed, down to ‘small acts of selfishness’ by members of the public.

He disclosed there were 1,500 staff fewer working within the Welsh NHS than there were in September because of the number of staff self-isolating following exposure to the virus.

The First Minister said outdoor attractions would close, but winter markets would be allowed to continue.

Mr Drakeford’s tone was sombre, and his remarks foreshadowed a return to the lockdown measures first introduced in April at worst or those imposed during the firebreak lockdown at best.

The First Minister also said that, while the Welsh Government was considering ‘Alert Level Four’ restrictions, it would consider a more regional or local approach. That would happen, however, only if rates of infection and case numbers diverged between different parts of Wales.

Andrew RT Davies – the Conservatives’ Shadow Health Minister – said: “Wales continues to face a dire situation, made worse by the poor political decisions that the Labour administration has made this Autumn and Winter.

“However, as Welsh Conservatives, we stand ready to work across party lines to address this national emergency.”

Plaid Shadow Health Minister Rhun ap Iorwerth responded to the prospect of what would amount to another national lockdown in a BBC interview.
“The problem with a fully national system,” Mr ap Iorwerth said, “is that you’re trying to balance what’s effective in high incident areas with what’s acceptable in low prevalence areas.” 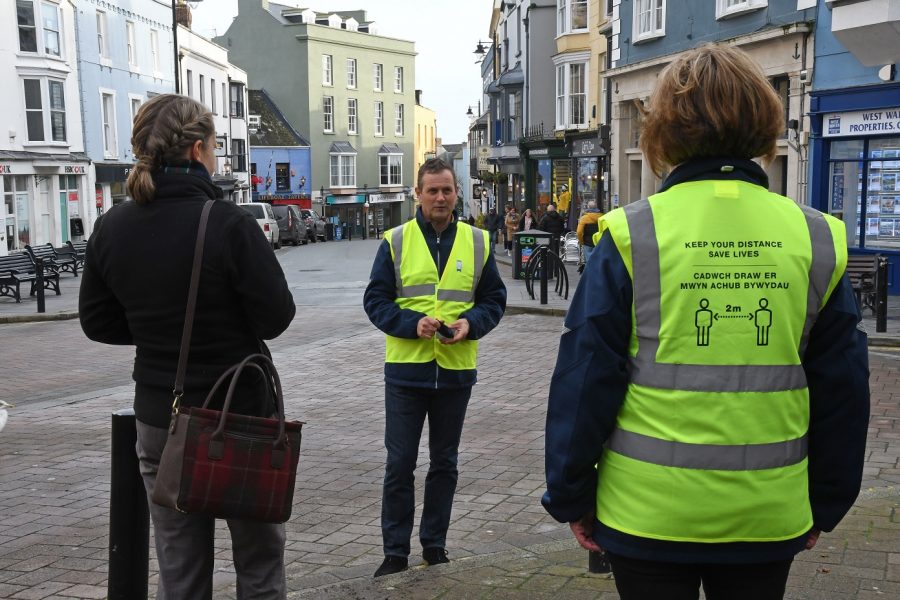 THE CORONAVIRUS situation in Wales is not looking good, latest figures suggest with cases doubling every six-and-a-half days. This was the stark warning of Wales’ chief medical officer Frank Atherton on Monday (Jul 12).

There have been almost 1,200 new confirmed Covid cases in Wales for the last 48-hour period.

The latest update from Public Health Wales on Monday, July 12 recorded 1,190 more positive cases to bring the total since the pandemic began to 225,691. There were no further deaths meaning the overall total remains 5,579.

Dr Atherton was speaking at the Welsh Government coronavirus briefing days before the latest review of restrictions in Wales.

He said that the R number for Wales was now estimated to be between 1.8 and 1.9 by Public Health Wales – this is one of the highest rates reported at any point since the peak of the first wave.

He said at the briefing: “This means every person who is infected is going on to infect almost another two people.”

Dr Atherton was joined by Dr Gillian Richardson, who oversees the vaccine roll-out programme in Wales, who warned that young people were particularly vulnerable.

She said: “Only about 75% of 18 to 39-year-olds have had a first dose. This means one in four in this age group are still not protected. These young adults are vulnerable to infection, serious illness and life-changing long-Covid, as well as loss of earnings if they have to self-isolate as cases of the Delta variant are increasing in this age group.”

She added: “We can confidently say that vaccines have weakened the link between infections, serious illness and hospitalisations and deaths. But they haven’t broken the link.

“This is why it’s really important to have high levels of vaccination in all age groups and also why we need to work together to keep coronavirus under control because this virus can still cause harm, especially if rates rise very steeply, as we are expecting.”

Health board upbeat about vaccination programme as 500,000th injection given 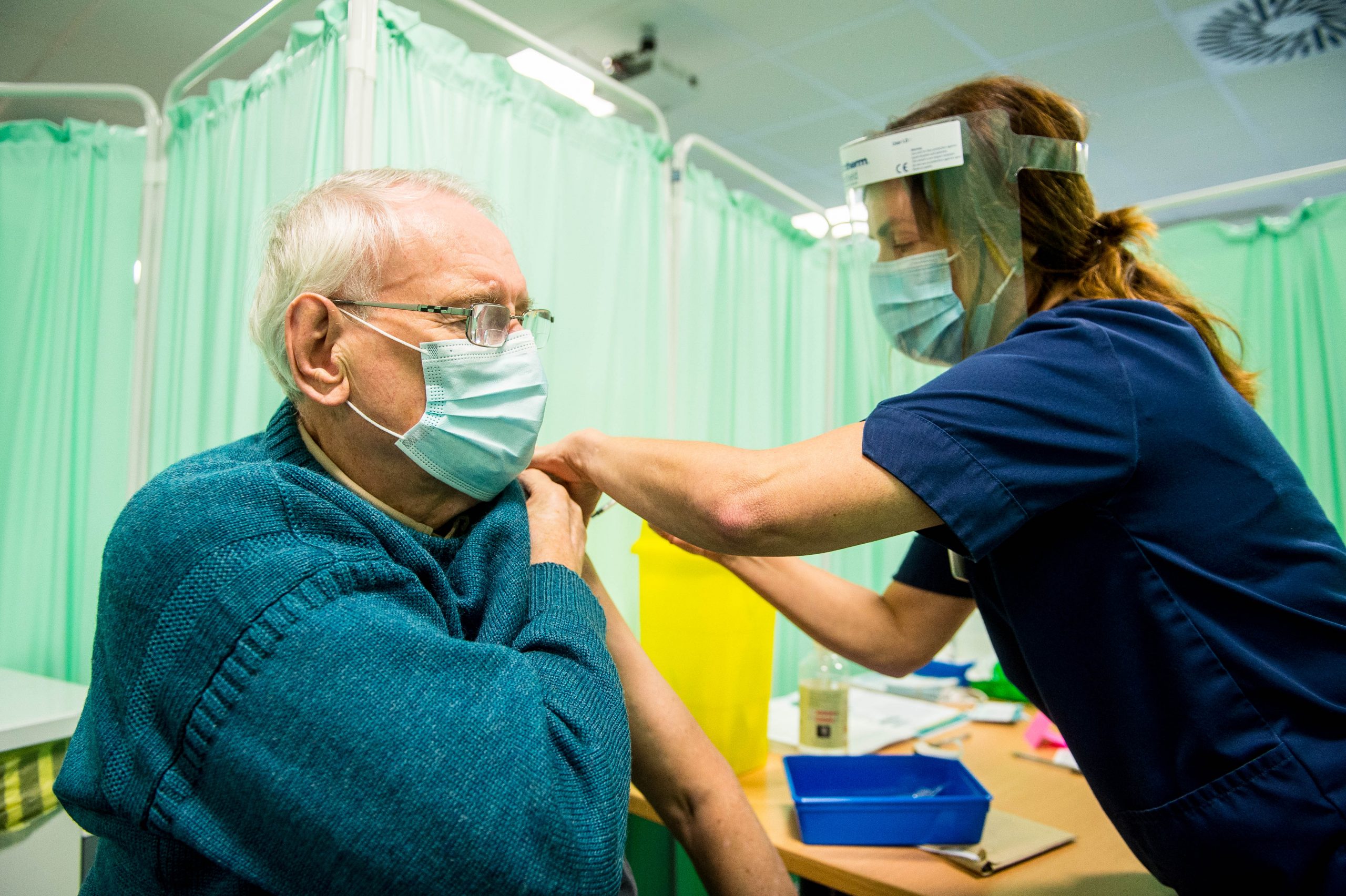 THE 500,000th COVID-19 vaccine was given this weekend, with more than 72% of the population across Carmarthenshire, Ceredigion and Pembrokeshire now having had their first dose.

To mark this achievement, Hywel Dda University Health Board (UHB) is recognising all involved in this extraordinary effort and thanking those who have come forward for their vaccine.

From the administration of the first vaccine at Glangwili Hospital in early December, the programme for mid and west Wales was able to expand at great speed thanks to the involvement of primary care colleagues in GP practices and community pharmacies and the opening of mass vaccination centres across the three counties.

All elements of the programme have been supported along the way by volunteers, partner organisations and a range of staff ‘behind the scenes’ including IT, the health board’s Command Centre, pharmacy teams, public health, security staff and many more.

Steve Moore, Chief Executive of Hywel Dda UHB said, “It is something that has been said previously, but it can’t be overstated what an undertaking a mass vaccination programme of this scale has been.

“It has only been possible thanks to the many organisations, teams and individuals who have worked tirelessly over the past eight months.

“This milestone has been reached at a time when we are sadly seeing an increase in COVID cases across our region, but thanks to the vaccine we are hopeful that our hospitals will not experience the same demand as was seen in the first and second wave.

“We will keep working to do more and increase take up beyond 75%, and deliver second doses for everyone that needs one, but we need everyone’s help to do this.

“Every dose administered, and every person protected really does make a difference. The vaccines are safe and effective. Your second dose of vaccine is important for longer lasting protection against COVID-19 and against the Delta variant.”

No one left behind is a key principle to the Welsh vaccination programme. Whilst the uptake of the COVID-19 vaccine in Wales has been extremely high, there are still groups of the population who, despite receiving more than one offer, remain unvaccinated.

The NHS will always be ready for you if you didn’t take up your first offer of COVID-19 vaccination for whatever reason but have changed your mind, it is never too late to arrange an appointment.

If you would like to book your first dose please contact the health board in any of the following ways to request an appointment: 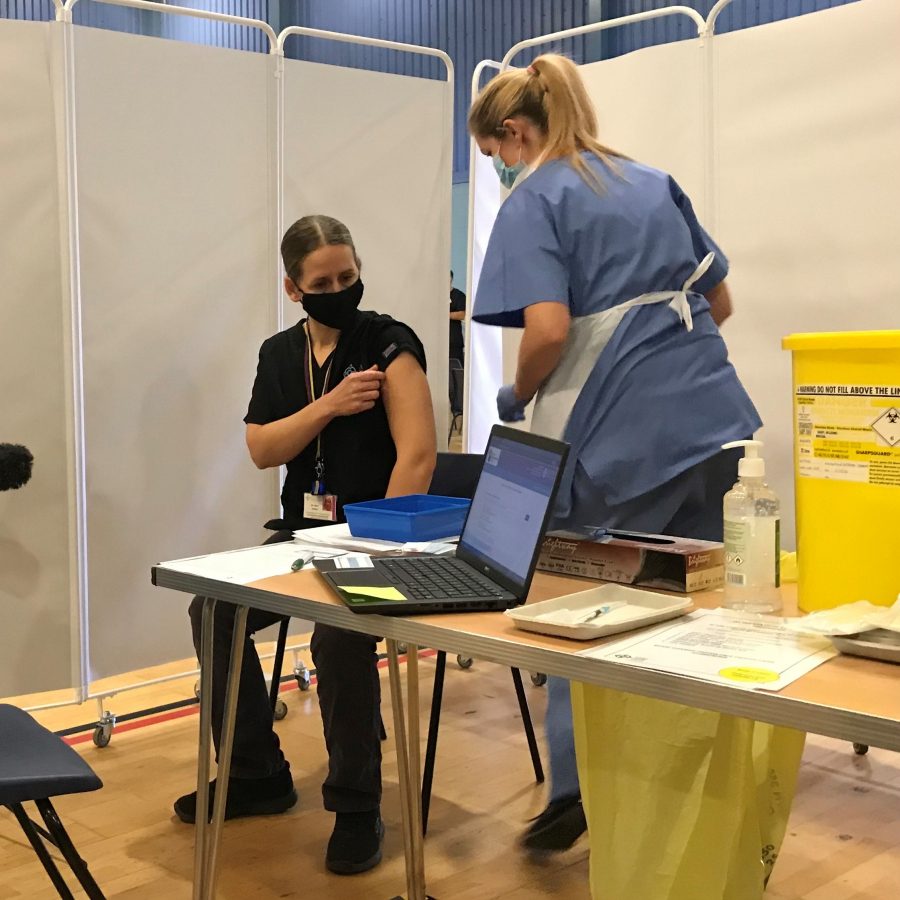 SECOND dose Oxford AstraZeneca appointments for mass vaccination centres across Carmarthenshire, Ceredigion and Pembrokeshire have been urgently issued for week beginning 24 May, Hywel Dda University Health Board has confirmed.

The health board has identified a technical issue that has caused a delay in appointment letters being issued to people who received their first Oxford AstraZeneca at a mass vaccination centre between Monday 8th March and Sunday 14 March.

Bethan Lewis, Interim Assistant Director of Public Health at Hywel Dda UHB, said: “As soon as we identified there had been a delay with second vaccine appointments being issued to people who had their first Oxford AstraZeneca vaccine at a mass vaccination centre between Monday 8th March and Sunday 14 March we immediately reissued all letters and sent SMS text messages wherever possible.

“These appointments are due to start Monday 24 May so it is possible some people may receive their appointment letter late and we apologise for this but please don’t worry if this happens to you.   “If you receive your letter and the appointment has past, please contact our booking team on 0300 303 8322 so we can book you a new appointment. We will make sure you have your second appointment on schedule. Please wait to receive your letter before phoning us. We thank you for your understanding and patience.”