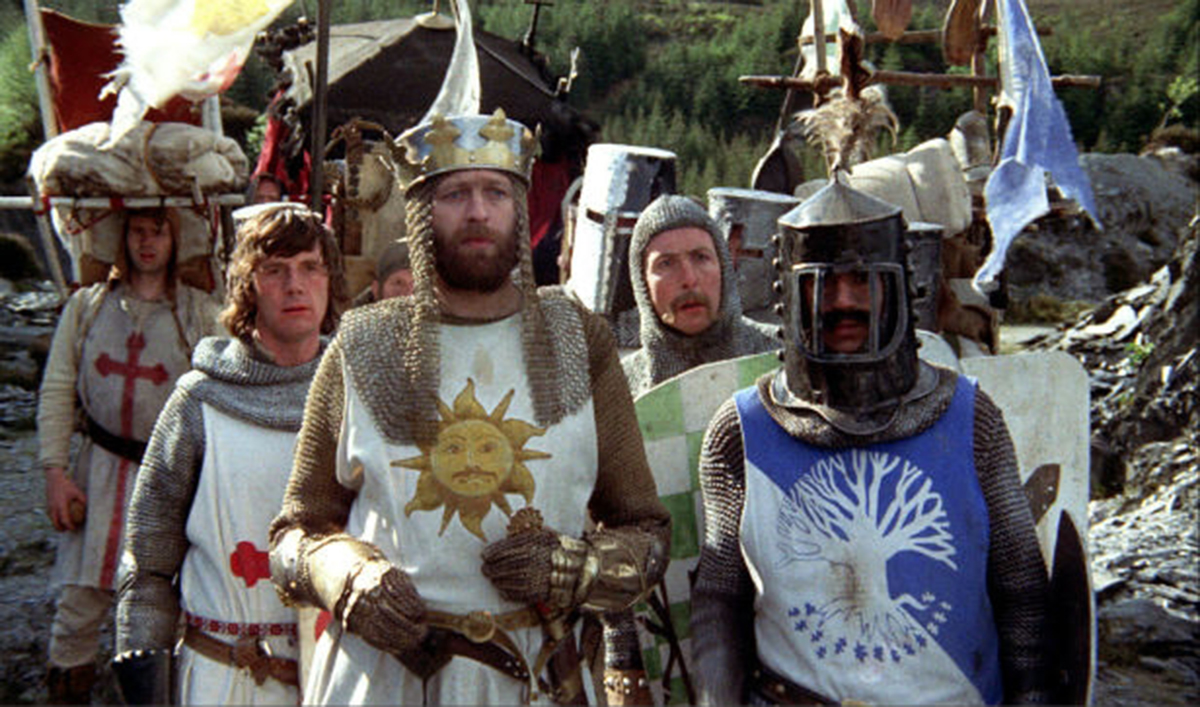 FEW items in human history have captured as much attention and imagination as ‘The Holy Grail’, maybe that weird colour-changing dress from 2017 but that’s it!

Whether you believe it’s the cup used by Jesus at The Last Supper that then caught his blood during his crucifixion or if you think that it might be the bloodline of Christ, the search for the Holy Grail is a story of intrigue, mystery, regular toilet-breaks and bloodshed.

Our crusade, our last crusade if you will, to find the truth about this holy relic is based around legend, myth and tales hundreds of years old (we also got told lots by a guy in a pub who claimed to have been there) so it’s only right to take a pinch of salt so big that it could be used to defrost a driveway.

But let’s get started: After the death of Jesus, the cup was reported to be in the possession of one of Jesus’ disciples, Joseph of Arimathea who, legend says, brought the cup at the worlds first Ikea built on the Gethesmane Trading Estate.

Joseph, it’s believed, was so unpopular in the early church that he was sent to Britain in the years following Jesus’ death to help spread the word of Chris, according to legend he took his pilgrim’s staff and the Grail to Glastonbury in South-West England and, on land given to him by an English King, founded the Abbey.

To mark the site of the Abbey, Joseph stuck his staff into the ground and from it ‘The Glastonbury Thorn’ is alleged to have bloomed. The Thorn, which Homebase plants section experts have proven originated in the Middle-East, flowers twice a year, at Christmas and again at Easter.

Fast-forward about 1500 years to Henry VIII’s dissolution of the monasteries, the Church of England began ‘reclaiming’ the wealth hoarded by religious institutions that were under the control of the Roman Catholic Church.

Shortly before the sacking of Glastonbury Abbey National, a Monk was sent off in possession of an important treasure which, among other things, could be The Holy Grail or a Sony Playstation 5.

When the Abbey was stripped of its riches, no sign of The Grail could be found, just lots of scrunched up sweet wrappers and old Argos catalogues which are probably worth money now, people pay money for any old rubbish; look at eBay.

Shortly after that a Monk, exhausted and close to death began, according to local legend, hammering on the door of the monastery on Caldey Island, Pembrokeshire, demanding sanctuary.

After being granted entry, he couldn’t find any takeaways on his JustEat app so he demanded the Friar wall him and his ‘Glastonbury Treasure’ up so the Monk could fulfill his vow of protecting the treasure with his life.

Over the next 400 years, the Grail becomes little more than a story, various ‘Grails’ have been found around the world with none standing up to serious scientific scrutiny. One we saw was just a heavily painted Sprite can.

But there’s a twist in our last crusade that, some say, could point to the very spot that ‘The Glastonbury Treasure’ is hidden.

In the 1970’s, builders were brought in on Caldey Island to help improve the garden area of the monastery as part of a pilot episode for ‘Changing Rooms’, it was during these building works that Arthur Gay, the gardener, reported witnessing the ghostly spectre of a Monk who walked through the gardens and disappeared through a wall.

Could Caldey Island hold the key to unlocking one of the oldest and most controversial mysteries that christianity has left us with?

Even if it doesn’t, imagine the episode of ‘Cash in the Attic’ we’d get….