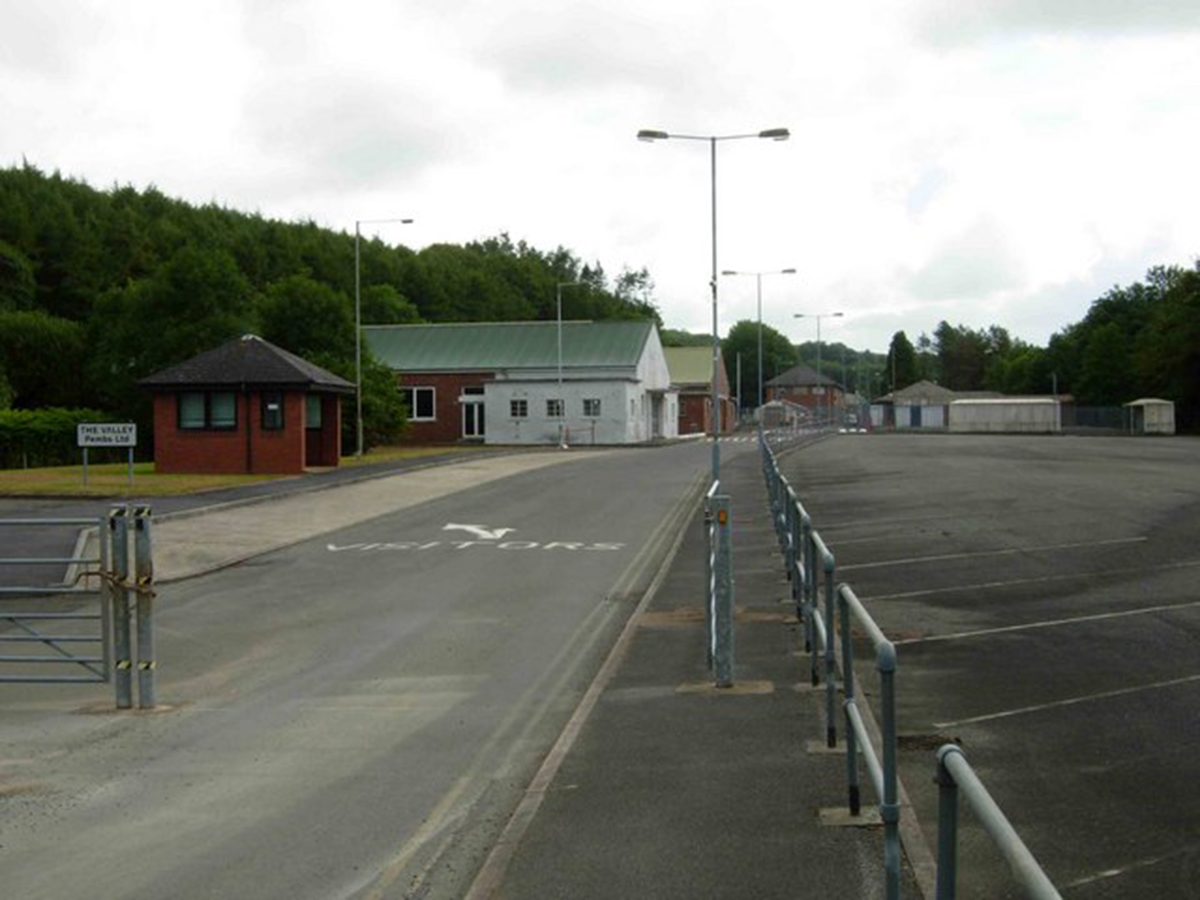 BUILT just before World War II RNAD Trecwn, during its working life, was used to store and distribute various munitions until 1992, when the MoD placed it on care and maintenance which effectively closed the site.

The entire site was sold to Omega Pacific in 1998 for £329,000, with the stated intention of using the surface buildings for aircraft engine maintenance, while the caverns would be used for the storage of nuclear waste.

A lack of planning consent and fierce local opposition resulted in the site being sold to The Manhattan Loft Corporation in 2002 who planned to turn the site into an industrial estate.

Plans submitted by The Valley (Pembrokeshire) Ltd to build a 25-megawatt biomass energy plant on the site were conditionally approved in 2015, but little, if any, work has taken place.

The most notable thing to happen concerning RNAD Trecwn since then is its inclusion on an NRW list of 1500 sites that contain hazardous waste.

Reacting to the news, Greenpeace branded all 1,572 locations as “ticking time bombs”.

RNAD Trecwn contains a “munitions destruction and phosphorous burning area” from a time before landfill sites were properly lined and contamination from those activities could have affected the environment around the former armament depot.

Gareth Lewis, NRW’s lead waste policy specialist said the agency had “details on the type and quantity of waste deposited”.

“Older permitted sites like these are reviewed consistently by ourselves and local councils to ensure we minimise the risk to people, animals and the environment.”

A spokesman for The Welsh Local Government Association said: “There are responsibilities for managing sites whilst operational and then for dealing with maintenance of closed sites,”.

Gareth Lewis went on to say that “most” landfills were now in private ownership and charged for the dumping of rubbish.

“Natural Resources Wales is responsible for licensing the sites and overseeing compliance with environmental legislation,”.

The nearby village of Trecwn was forced to live off of bottled water in 2019 because tap water was coming out ‘looking like a cup of tea’ and smelling strongly of Chlorine.

Water tests carried out at the time in properties on Barham Road showed iron levels of around 1800 micrograms per litre – nine times the legal limit, those properties get their water from a network of pipes that come from RNAD Trecwn and were built when the armament depot was originally constructed.