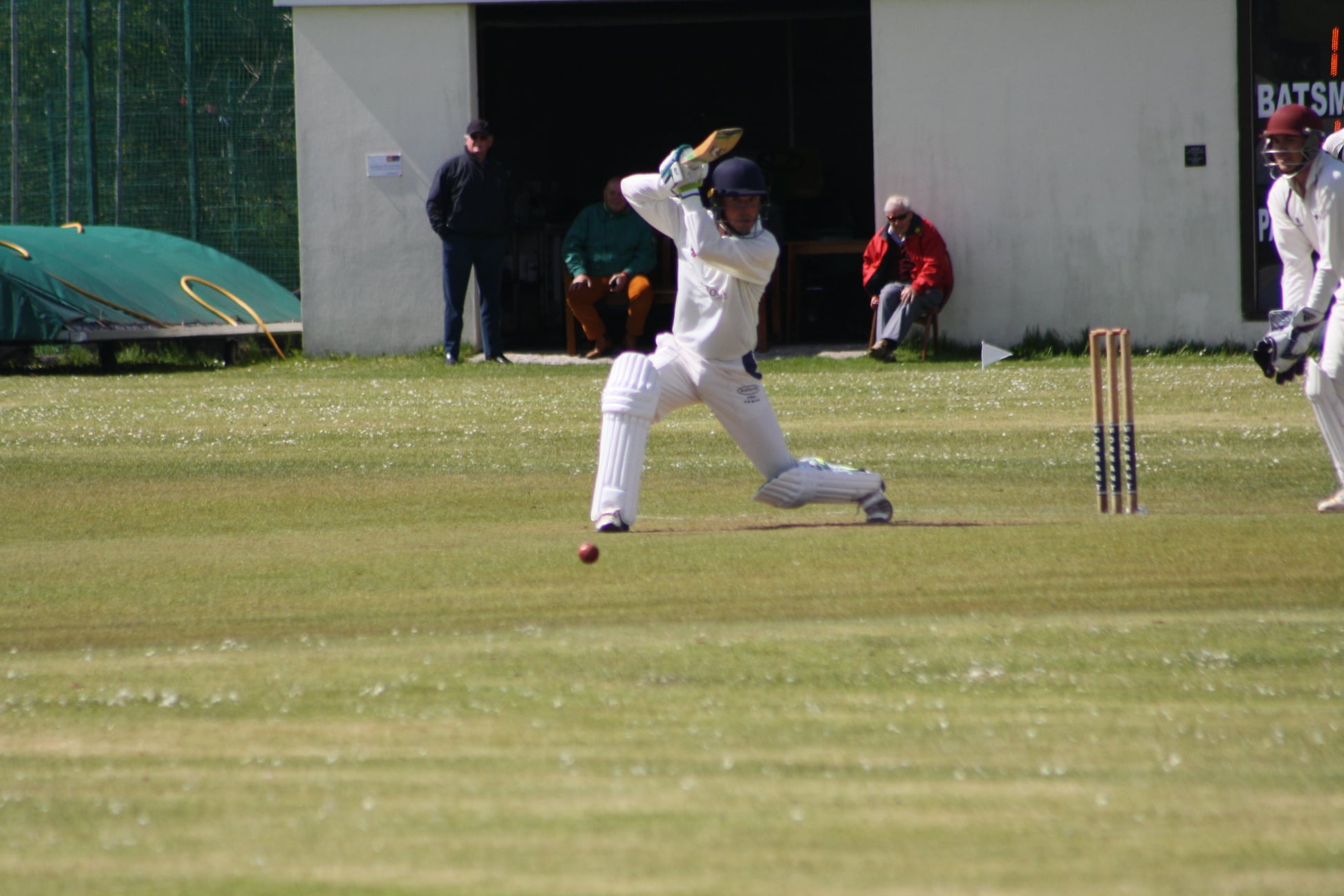 CAREW booked their place in the quarter finals of the Harrison Allen on Wednesday night (May 26) as they beat Narberth by 2 runs.

Carew won the toss and chose to bat first before reaching a total of 151-4 from their 22 overs.

Tim Hicks and Nick Davies shared 28 runs for the first wicket before Hicks was caught by Daniel Hughes off the bowling of Ben Quartermaine on a score of 20.

Rhys Davies came in and shared 30 runs with Nick but that partnership was broken by Ben Hughes who caught and bowled Rhys on a score of 10.

Nick Davies and Brian Hall then had another good partnership worth 41 runs as they took the score up towards three figures.

Davies had hit three fours and three sixes in a score of 54 from 45 balls but he was then bowled by Matthew Johns.

Hall and Whitfield continued the good partnerships adding 35 for the fourth wicket.

Whitfield hit a four and two sixes as his score of 29 came off 17 balls but he was caught by Richard Adams off the bowling of Quartermaine.

Brian Hall finished not out on 21 while Luke Hicks hit a four and a six in a late 4-ball spell to finish not out on 11.

That set Narberth 152 to win but they soon found themselves in trouble in their reply.

Hadliegh Luff hit a four and a six in a score of 13 but he was then bowled by Rhys Davies.

Jordan Howell and Kyle Quartermaine looked to steady the innings with a stand of 24 for the fourth wicket.

Whitfield then bowled Howell on a score of 9 to leave Narberth on 43-4.

Quartermaine and Lewis Hough continued to rebuild the innings with a stand of 31 before Hough was bowled by Iori Hicks on a score of 15 (1 six).

Kyle was joined by brother Ben and the pair shared the best stand of the innings worth 47 runs.

Kyle hit five fours and four sixes as he reached his half century before falling to Iori Hicks on a score of 65.

Narberth scored 21 runs in the penultimate over to leave themselves needing 10 runs to win off the last.

Ben Quartermaine picked up 5 runs off the first three balls but on the fourth, Quartermaine was run out by Nick Davies. His four and two sixes saw him score 29 from 15 balls but his wicket was a big blow.

Ben Hughes then got two runs off the fifth meaning they needed three off the final ball to win.

Hughes went for it but saw his shot caught by Rhys Davies to give Hicks his third wicket and the win to Carew.

It was another thrilling end but it was Carew who were celebrating as Narberth finished two runs short on 149-8.