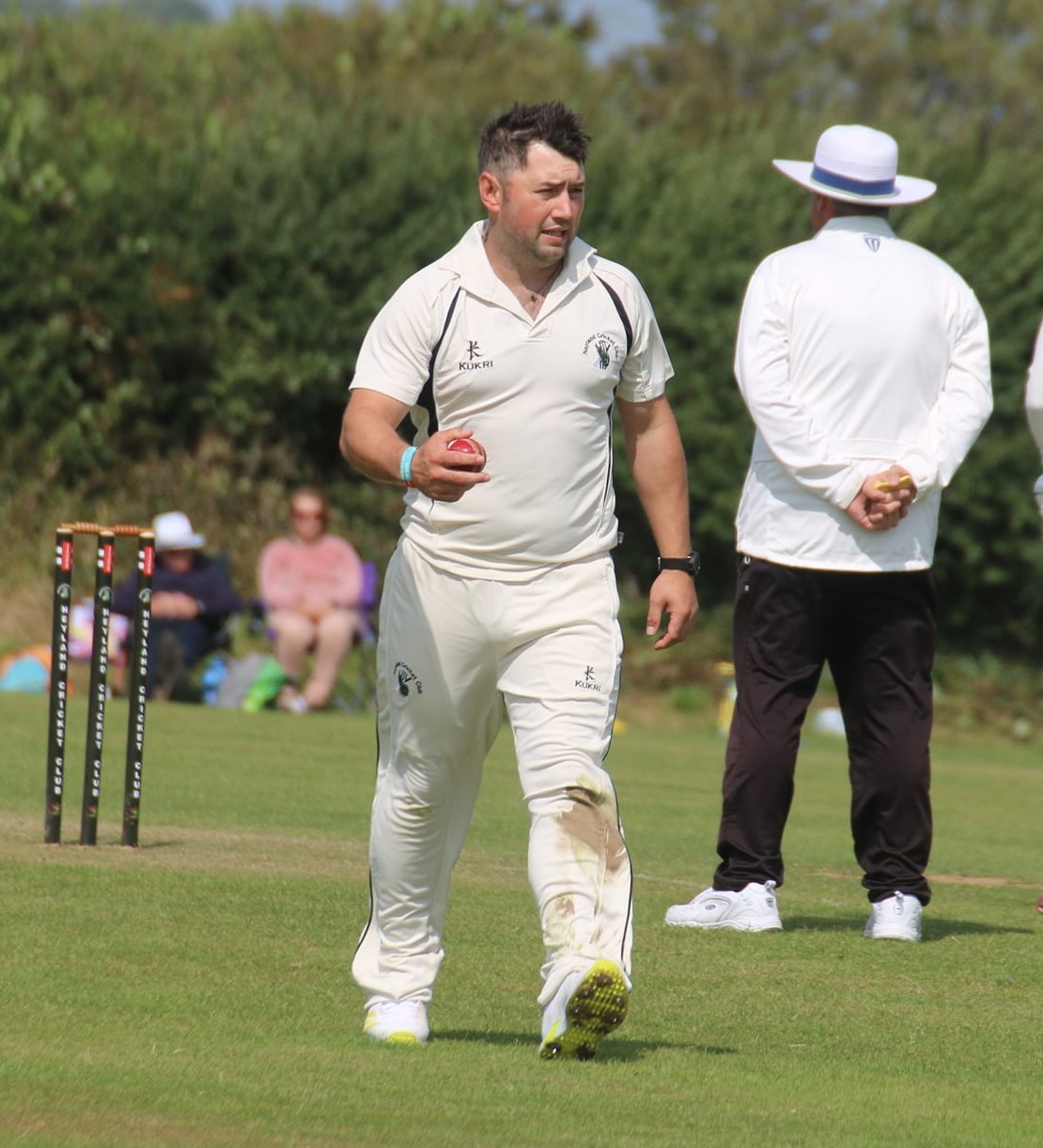 NEYLAND kept the pressure on leaders Lawrenny on Saturday (Aug 7) as they beat Whitland by 168 runs.

Neyland batted first after winning the toss and they scored 241-9 in their 45 overs.

They lost opener Patrick Bellerby early on when he was bowled by Gethin Scourfield before Geraint Jones trapped Ashley Sutton leg before.

Steffan Lee then had Brad McDermott-Jenkins caught by Jack Bowen as Neyland were reduced to 60-3.

However, Ross Hardy and opener Nick Koomen shared 91 runs for the fourth wicket to put their side in a strong position.

Hardy thumped five fours and three sixes in a score of 55 from 44 balls but he was then caught by Scott Newton off the bowling of Jonathan Thomas.

Thomas also bowled Nathan Banner soon after and he eventually claimed the wicket of Koomen.

The Neyland opener had hit 11 fours and a six in his score of 68 but he sent the ball straight back to Thomas for a caught and bowled.

Andrew Miller and Scott Jones added another 25 runs for the seventh wicket before Miller fell on a score of 15 when he was trapped leg before by Thomas.

Thomas then picked up the wicket of Will Hughes for his fifth of the day as he went on to finish with figures of 5-43.

Scott Jones made a good score of 32 for the visitors but he fell to the bowling of Gethin Scourfield.

Sean Hannon finished unbeaten on 14 as Whitland were set a target of 242 to win the game.

Whitland were in trouble early on in their reply though as Nathan Banner bowled Kevin Pearce.

Ross Hardy then bowled Hywel Bevan and Geraint Jones for a duck to reduce the home side to 24-3.

That became 32-4 as Gethin Scourfield was caught by Nick Koomen off the bowling of Hardy.

Jonathan Thomas then fell to the same combination before Hardy trapped Scott Newton leg before for a first ball duck. That gave Hardy his fifth wicket as he finished with figures of 5-28.

That plunged Whitland into deeper trouble on 33-6 but Jack Bowen and Jacob Owen did their best to stem the flow of wickets.

They shared 31 runs for the seventh wicket but their resistance was broken by Andrew Miller who had Bowen caught by Banner on a score of 26 that included two fours and two sixes.

Miller then bowled Jacob Owen and had Jamie Thomas stumped by Sean Hannon as the hosts slipped towards defeat.

Steffan Lee was the last to fall when he was bowled by Geraint Rees as Neyland secured another big victory.

On Saturday (Aug 14), Neyland take on Cresselly while Whitland face Haverfordwest in a crucial game at the bottom end of the table.