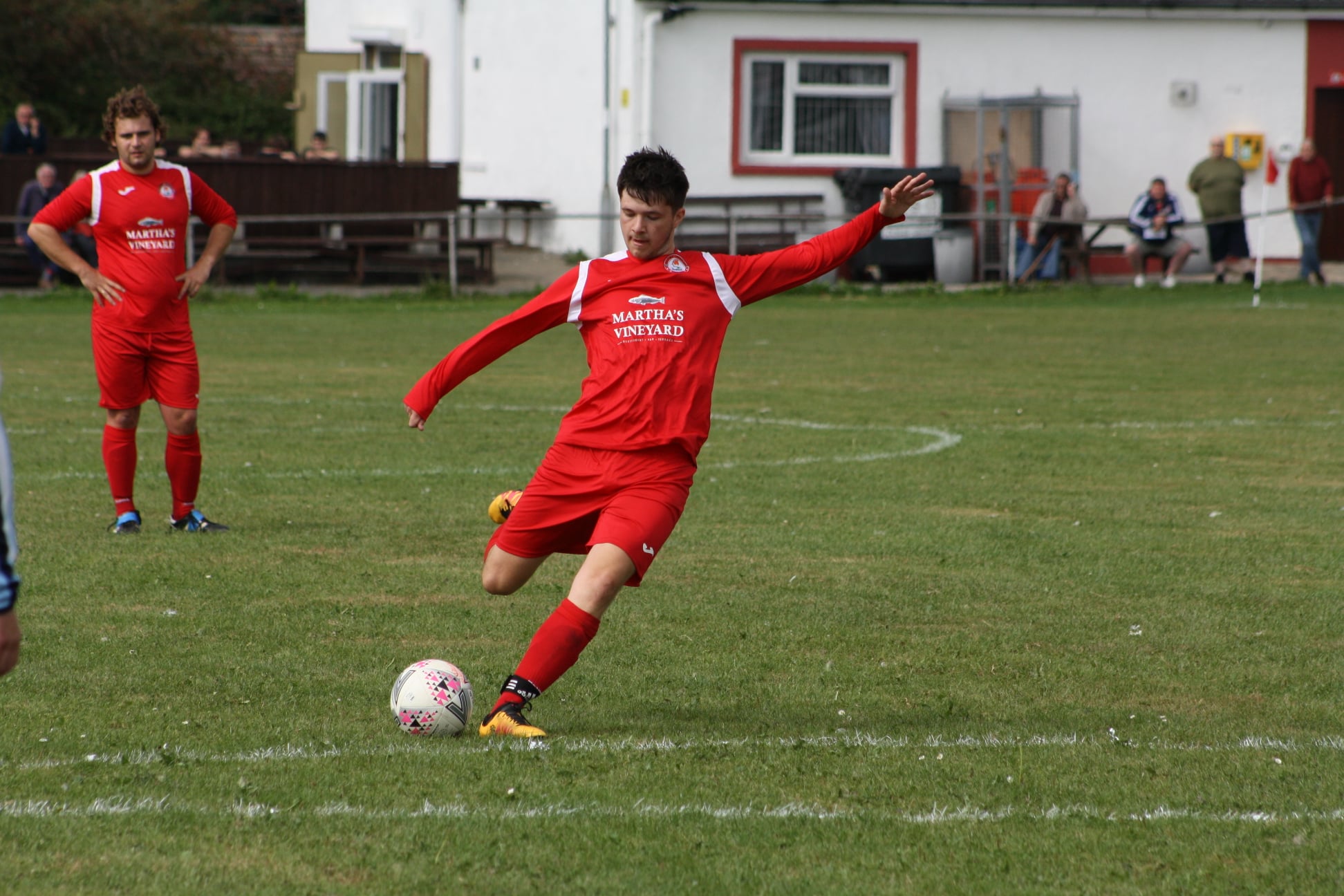 With United being relegated and Athletic being promoted to Division 2, it meant that Milford’s two first teams were in the same league for the first time since the 2014/15 season.

The game was barely a minute old when the home side were given a penalty and Liam Parr stepped up to put United ahead.

Seven minutes it was 2-0 as Morgan Picton’s free kick from wide on the left floated all the way in over the head of Athletic keeper David Hawkins.

Just a minute later it was 3-0. Liam Parks was fouled but after Parr had shot wide the referee pulled play back for a free kick.

Picton stepped up once again and curled an excellent free kick into the left corner of the net.

They weren’t finished there though as they were given another free kick, this time on the right hand side.

There was no hat trick for Picton but Aaron Griffiths’ free kick again sailed over the keeper and into the net in a carbon copy of Picton’s first free kick.

That made it 4-0 inside the opening fifteen minutes and the game was all but over.

Picton did have a chance to grab his third minutes later but this time he sent his free kick just wide.

Athletic did begin to enjoy a good spell of pressure as Connor Harper did well to win the ball in the Milford half before winning a free kick. Gareth Quirk sent his free kick into the area but the Milford keeper collected.

Sam Davies then shot over for United before Harper saw a shot saved at the other end.

With just under ten minutes until half time, Joel Blair crossed into the box for Parks but his shot was well blocked.

The home side continued to search for a fifth goal as Parr saw a shot pushed wide while Griffiths sent a long range effort straight into the hands of the Athletic keeper.

The Athletic did have a free kick on the stroke of half time but Scott Griffiths got up well to head the ball away.

When the half time whistle the score was still 4-0 to United.

Twenty minutes into the second half Parr finally got his goal to make it 5-0.

With six minutes to go Parks made it 6-0 and he grabbed his second with a minute of the ninety to go to make it 7-0.

It was an excellent win for United who move up to third place in Division 2.

On Saturday, September 18, Milford Athletic will look for their first points of the season when they play Merlins Bridge seconds.

Milford United travel to Monkton Swifts seconds looking to continue their good start to the season.

Mariners and Seagulls return with wins