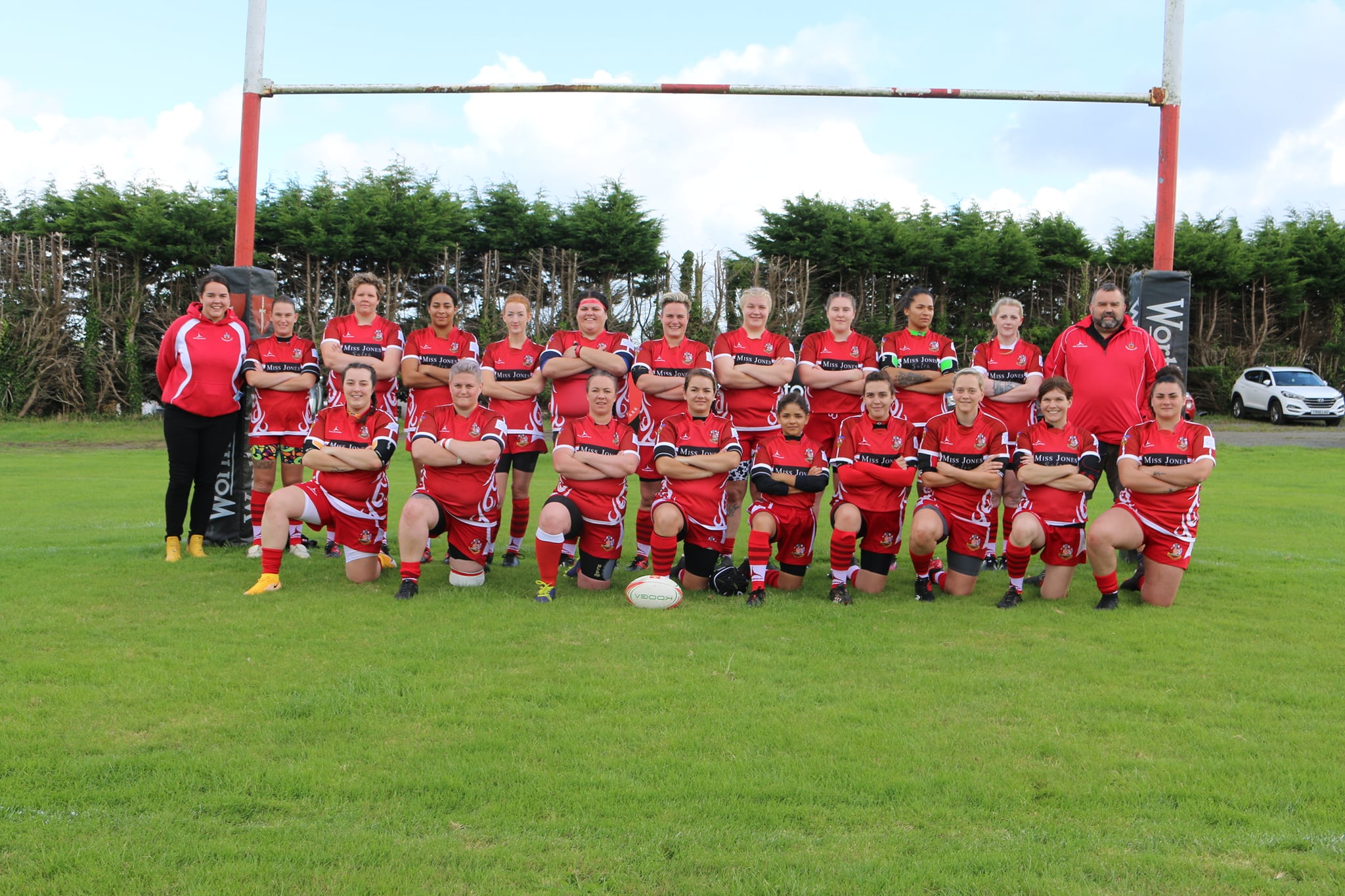 A GREY Sunday (Oct 3) at Crickmarren was brightened by an excellent game of rugby between Pembroke Ladies and Tumble ladies.

Both sides played positively but it was Pembroke who came away with a thrilling 35-34 victory.

Pembroke kicked off playing towards Lamphey and immediately showed that they had come to play rugby, winning the turnover and with the return of blockbusting Fi Griffiths at centre combining with the ever improving Zoe Priestley to form a powerful partnership in midfield, there was a sharp edge to the attack.

Both made good ground with their carries before Macey Bowen and Angharad Scourfield showed the forwards were also willing to carry hard. Only some very good defense from Tumble held Pembroke out in the early minutes of the game. Forcing a penalty turnover at the ruck, Tumble attacked quickly and using good handling and clever support lines they scored an excellent try to open the scoring. 0-5.

From the kick off, Tumble again looked to move the ball into space, but good work by Pearl Griffiths and Carys Slack, in particular with some top quality tackling held them out. But, with the pressure building and the Tumble pack starting to build a head of steam up, they forced their way over for another well-deserved try. 0-10.

The Pembroke team were determined to avenge the defeat from 2 weeks ago, which found them losing 92-0 and continued to play some very good rugby.

With Gunner Faye Stratford home on leave, and starting to show she knows how to vary the game, with clever kicks, and good offloads to her powerful centre combination things were looking bright for a long spell leading onto half time.

With the forwards rolling up their sleeves and really working hard, a long march up the field was undertaken. The back 3 of Jenny Tanner back in her favorite position on the wing, Isabel HD having her best game to date and Carys Slack at full back the Panther attack had real bite on the wide channels. Eventually, the ball was worked to Zoe Prestley to score her first ever try on a really good outside break. Converted by Faye Stratford the score at half time was 7-10.

The kick to start the second half was caught well by Zoe Priestley who made good yards which was followed by several forward carries with Tyenne Morgan and Kirsty Fisher really catching the eye, good ground was made. But Tumble showed their quality in forcing a turnover and looking for space to counter attack, and despite fine tackling by Gail John and Fi Griffiths in particular, the try came for Tumble. 7-15.

During the next stage, there was a series of particularly fine carries from the Pembroke forwards with Tyenne Morgan having a storming game, but Angharad Scourfield, Kirsty Fisher, Jamie Moseley, Jennifer Harvey Siân Rees and Hayley Clark also showing how hungry they were for work and driving Tumble backwards.

Eventually, the cracks appeared and Pearl Griffiths set off on one of her fine runs into open field, which after good support work led to Zoe Prietley taking the final pass to score her second try of the game. 14-15.

A big carry by Isabelle Dufresnoy who was having a huge game as captain and setting a great example for everybody else to follow, opened the field up and led to a try for Macey Bowen. 21-15.

Tumble kicked off and within moments were back under their own posts after a superb long range strike from Faye Stratford, showing she is also a threat with the ball in her hands. 28-22.

Tumble again kicked off, but showed they were still in the game and defended strongly, but Pembroke continued to build pressure and a long process of working the ball up field, with both forwards and backs being used to good effect eventually broke through with a smartly taken try from Fi Griffiths showing that her new centre partnership with Zoe Priestley looked very strong already. 35-22.

Again, Pembroke looked to attack, with Jenny Tanner showing how good a winger she is making a quality break and only very good tackling stopped her, but Carys Slack, having her best game to date, was there in support and continued the attack and if it hadn’t of been for a top quality last ditch tackle she would surely of scored. But with the Pembroke support having been left behind by these 2 speedsters, Tumble looked to attack. They quickly moved the ball into space and only a ferocious trade mark tackle from Fi Griffiths prevented a try.

However, Tumble showed that they weren’t finished and continued to hammer away at the Pembroke goal line, and despite the determined defence from all players the try had to come. 35-29.

Again, it was Tumbles time to build pressure with the clock ticking down they worked the ball clear to find a gap and scored another try which led to a nail biting final few minutes with the scoreline 35-34 to Pembroke.

However good work by the team in managing the clock and Isabelle Dufresnoy showing how much she has developed into a leader, led to Tumble not being allowed another chance. The final act of the match saw Isabelle Dufresnoy securing the ball and kicking it into touch.

Coach Rob Griffiths said: “We’ve had a tough spell of rugby over the last 2 months and it was nice to see some players returning from the injured list. This was a proper game of rugby with both teams showing some quality touches in attack and some ferocious defence.

“I know our players are battered and bruised because they’ve put their bodies on the line and I’m sure Tumble feel the same. The game was played in the right spirit with both teams giving all they had.

“It was nice to get the win, but it was game that could have gone either way to be fair. We’ll continue to try and develop our new players, and manage our injuries. But the squad has a strong sense of self belief and some fine leaders. The Big Red Bus goes on.”