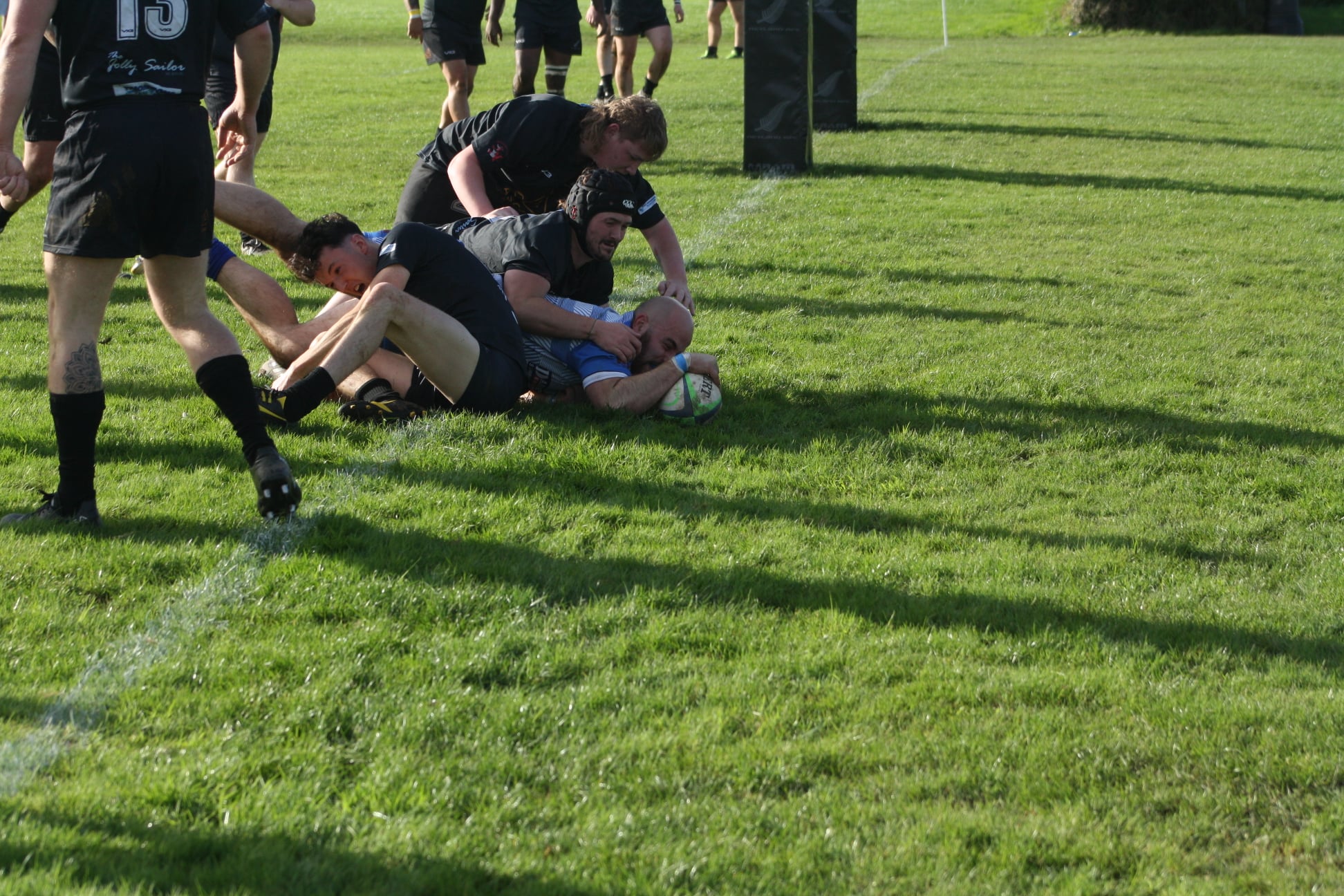 FISHGUARD’s Chris Shousha scored a try hat-trick to help his side to victory over Neyland in the Pembrokeshire KO Cup on Saturday (Oct 30).

The Seagulls eventually ran away with a 26-0 scoreline but it was Neyland, who had a number of players unavailable, who started brightly and they were inches away from taking the lead.

Neyland won a Fishguard lineout and after the Neyland player was tackled in the air, the home side kicked for touch.

The resulting lineout from the All Blacks wasn’t straight and Fishguard had a chance to clear. However, they were adjudged to have been offside from the resulting kick and Neyland opted to kick at goal.

George Williams sent his kick just wide of the posts and they were soon made to rue that miss.

Shousha broke through the defence at the other end of the field and he touched down under the posts. James Griffiths added the extra two points.

Neyland’s Mark James was then shown a yellow card for an infringement and with Fishguard only five metres from goal it looked like they would pull further ahead.

However, good work from Neyland saw them win the ball back and they were able to clear for a temporary reprieve.

Back came Fishguard though and after Neyland were penalised for being offside, Shousha dived over the line for his second try. Griffiths then added the extras.

Neyland conceded just the one try whilst James was off the pitch but it wasn’t long before the Seagulls had their third try as Ben John powered his way over. Griffiths added the extras.

Fishguard’s Ryan McVeigh was shown a yellow card on the stroke of half time but the home side were unable to find a way over the line before the half time whistle was blown.

Early in the second half a great tackle from Ben Millward, who tackled his man into touch, prevented another try for Fishguard.

The Seagulls were not kept out for much longer though as Shousha went over on the left hand side for his hat trick try. This time Griffiths could not add the conversion as the score stayed at 26-0.

Neyland continued to look for a score and came desperately close when Mark James appeared to have touched down on the line but the referee ruled that he had been held up.

It finished 26-0 to the visitors but Neyland will be proud of their second half display which only saw them give away five points to their opponents who play their rugby in a division higher.

Fishguard will now look forward to their quarter final tie, against the winners of the game between Whitland and Cardigan.

Young Otters come from behind to beat Tenby in KO Cup