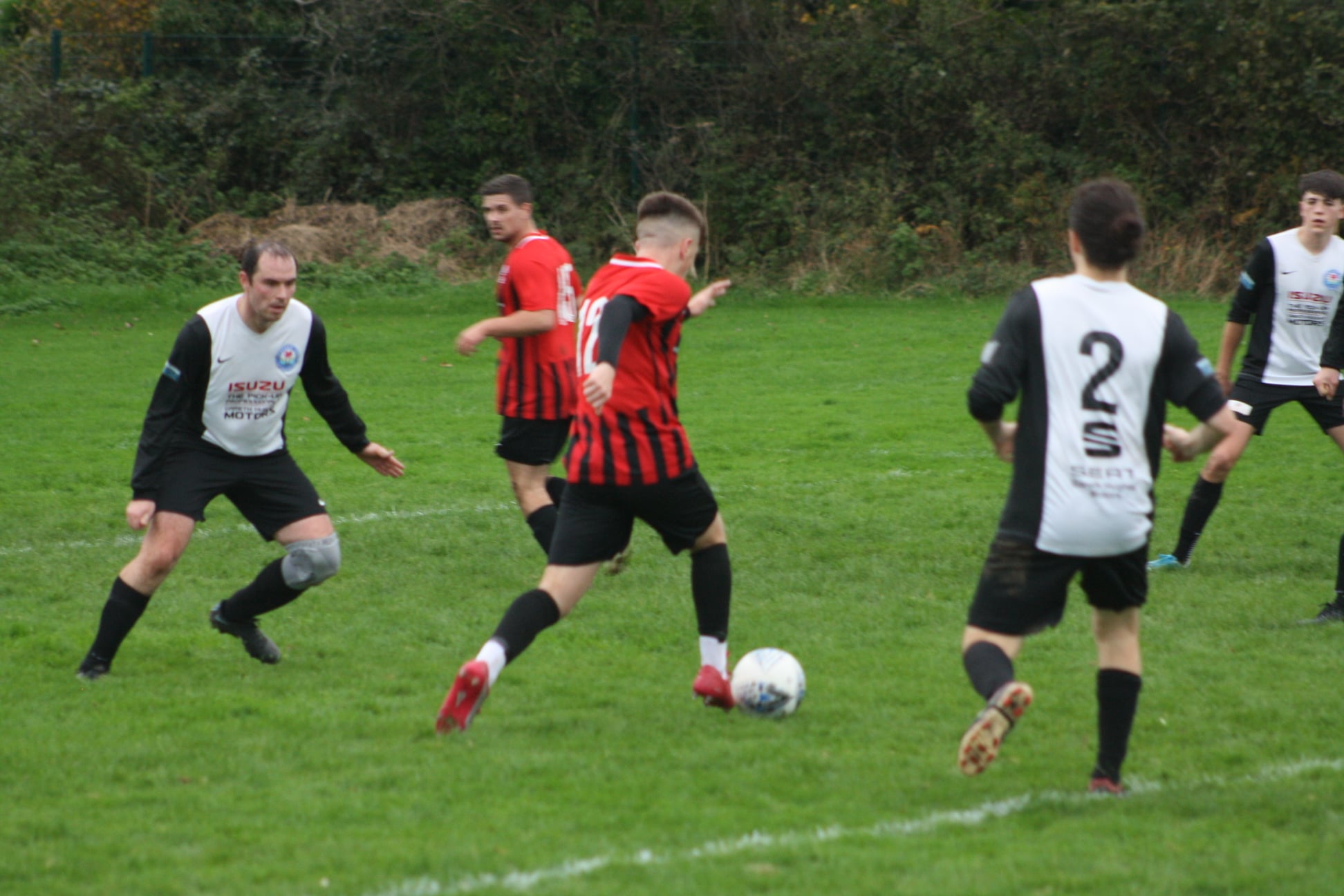 GOODWICK United maintained their unbeaten start to the season as they beat Neyland 5-0 on Saturday (Nov 13).

The two sides had already met earlier in the season and on that occasion Goodwick were 7-0 winners but there was no sign of a repeat of that as the first half remained goalless until Andrew Kemp’s own goal on 44 minutes.

Neyland had battled well in the first half but the own goal was a bitter pill to swallow.

It got worse for the home side as Jordan Griffiths scored four minutes into the second half to double Goodwick’s lead.

They then lost keeper Patrick Hannon with a nasty looking rib injury and he was replaced in goal by Mike Chandler.

It remained 2-0 until the 75th minute when Goodwick were awarded a penalty. Dalling scored from the spot for his second goal of the game.

Dan James scored five minutes later to make it 4-0 as they continued to search for goals.

Dalling hit the post from a corner late on before the hosts had a couple of chances to score.

Aidan Rees won a corner but Andrew Kemp shot over as he attempted to make amends for his earlier own goal.

Jay Johnstone then found Zac Nicholls in the box but he saw his shot saved by the Goodwick keeper.

The visitors then got their fifth in added time as Rob Morgans’ shot from distance was fumbled in by Chandler.

Dan James then cut inside from the left before shooting wide and Nathan Greene also saw a shot go wide but they were unable to add to the scoring.

Despite the result Neyland will take plenty of positives from the game which saw three players make their first team debuts.