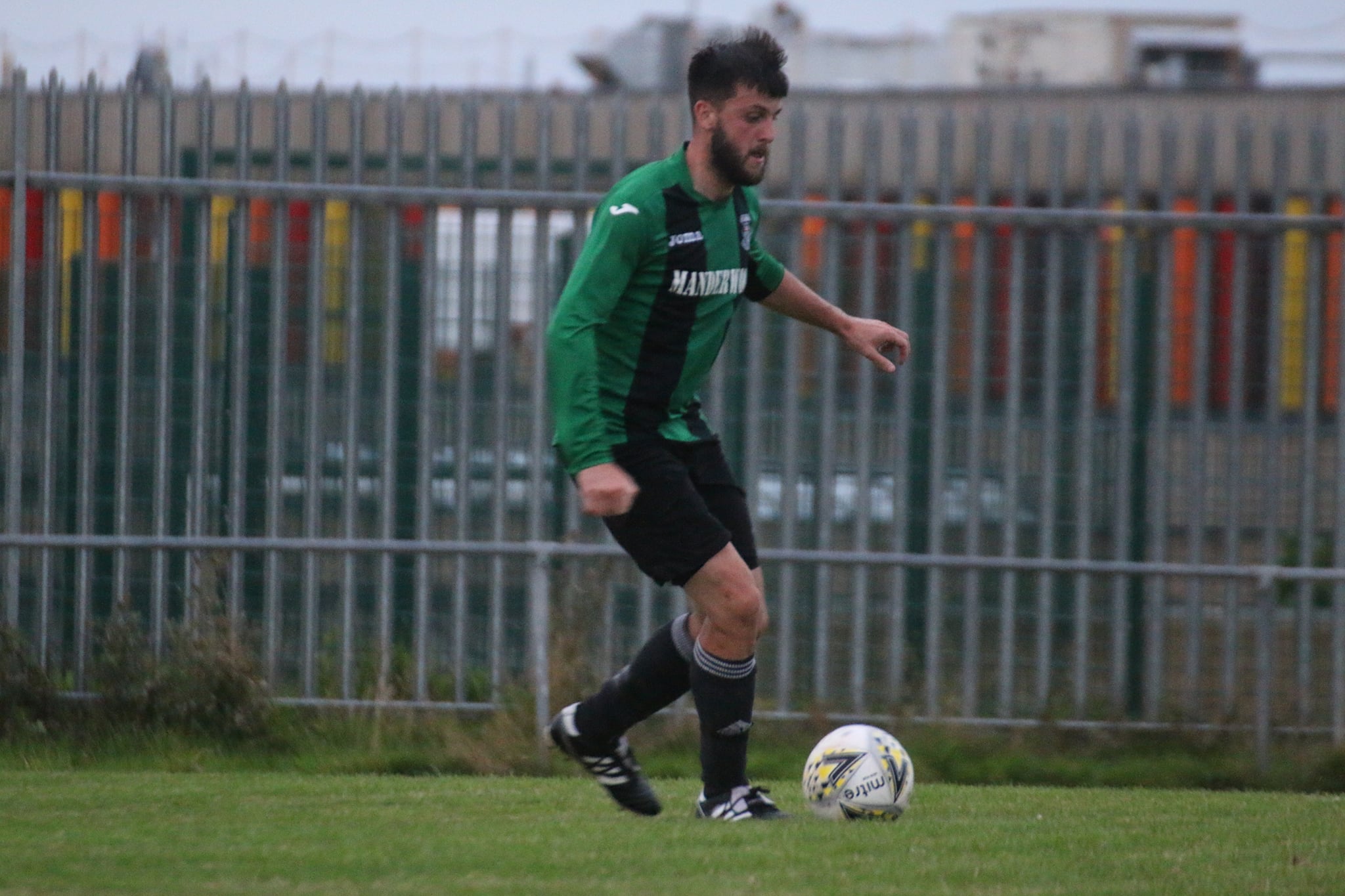 HAKIN United booked their place in the third round of the West Wales Cup on Saturday (Nov 13) as they came from behind to beat Clase 4-1.

Clase took the lead early on after the referee pointed to the spot following a foul by the Hakin keeper Adrian Devonald.

They converted the spot kick and both sides continued to play good football.

Clase held on to their lead until half time but Hakin made a change as they brought Ashley Bevan on for Ben Aldred.

That worked well for Hakin as five minutes after the restart, Ryan Wilson played the ball over the defence and Shane Walsh (pictured above earlier in the season) got the ball before scoring to level the game at 1-1.

The home side were given another penalty fifteen minutes from time following another foul by Devonald but this time he made amends with a great save.

And just a minute later the Vikings were in front. Walsh rounded the keeper well and saw his shot hit the post but the ball came back to him and he tapped in.

Leon Luby then crossed into the box for Bevan who headed in to the top corner to make it 3-1.

It was 4-1 late on as Shane Walsh completed his hat trick to send the Vikings into the third round.

Kilgetty go through in Senior Cup

Goodwick prove too strong for Neyland