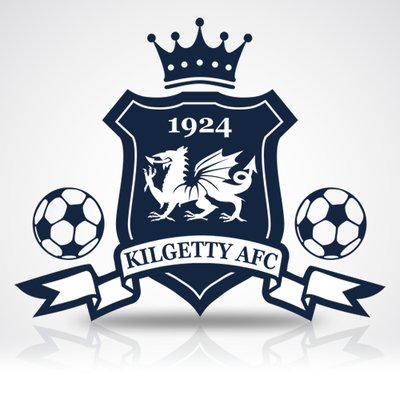 KILGETTY booked their place in the quarter finals of the Senior Cup with a 3-0 win over St Ishmaels on Saturday (Nov 13).

Persistent rain had made the pitch very wet but referee Paul Rooney was happy that the game could go ahead.

It didn’t suit either team but Tish were the better team in the first half as they played some nice football considering the conditions.

However, they didn’t really trouble the back 4 of John Mansbridge, Sammy Lewis, Owain Coombs and Jake Proctor who were solid all game.

The first goal came after 20 minutes as a corner from Henry Lawrence to the back post eluded everybody bar Richard Tebbutt who nodded in to make it 1-0.

Tebbutt, and the handful Lloyd Hughes had a few half chances to double the lead but the Tish keeper, who was impressive all game, made some great saves.

The pitch by this point was awful for both teams and both teams were happy to go into the break.

In the second half Kilgetty upped their game with chances going begging but finally the impressive Lloyd Hughes grabbed the second in the 60th minute.

That killed the game off and the Kilgetty keeper had little to do for the remainder of the game but he was alert to tip one shot over the bar.

The home side made four subs with 16 year old Oscar Miles, Rhys Hewson, Ross Hurst and Tom Mansbridge all coming on and playing their part.

Kilgetty continued to create chances but in the 75th minute, Callum Proctor ran from his own box to latch on to a Lloyd Hughes pass to make it 3-0.

Shortly after though they were down to 10 men as Jake Proctor was forced off with a hamstring injury.

He had been one-on-one with the keeper and was about to take his shot and it meant they had to play the final fifteen minutes a man short.

The Tish keeper made some more good saves as he kept Kilgetty at bay.

Kilgetty manager Robbie Beynon said after the game: “Tish are a young team building for the future which is great to see. If they play like they did first half they will have a great chance of staying up. I wish them well for the rest of the season.

“As for us it wasn’t our best performance by a long way but we ground out the result in conditions that didn’t suit us at all. The club are in a good place at the moment with squad depth a massive plus and our aim is to try and get out of Division 2. These Cup competitions are a bonus but we have been excellent so far and may that continue.”

Wizards fight back to earn a point against Clarby