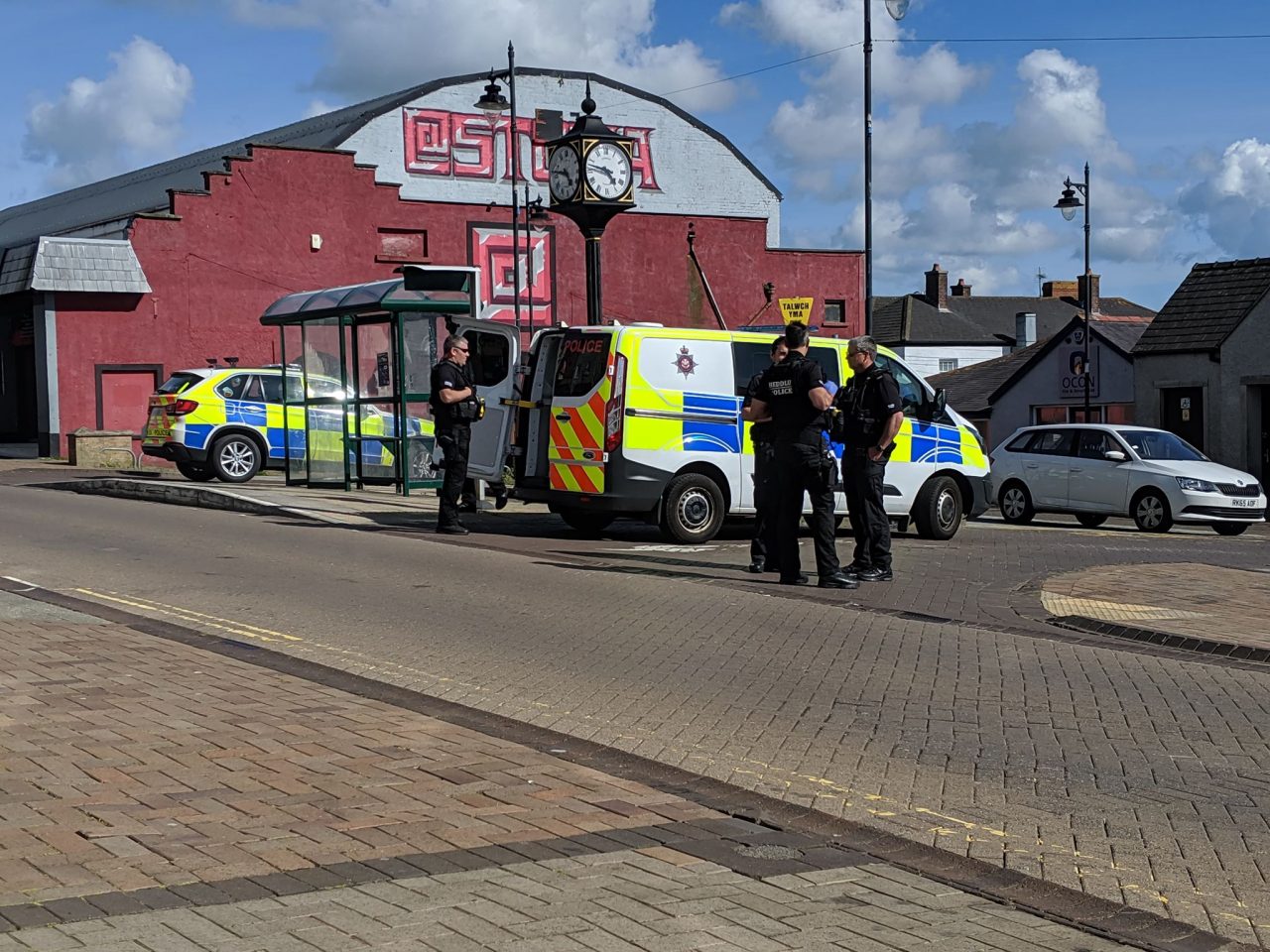 MILFORD HAVEN residents, fed up with antisocial behaviour, vandalism, properties being targeted, and cars being damaged in the town have put pressure on the police to act.

After multiple calls, this week Dyfed-Powys Police sent letters to residents on affected street stating that the force was investigating “a number of incidents”, all taking place in recent weeks.

The police confirmed that “a number of properties were targeted with youths knocking on doors, windows and kicking doors resulting in damage.”

The police added that these youths had “thrown eggs at properties”

This has resulted in “a number of crimes being recorded” and “investigations to identify the youths responsible.”

Police said that the impact that this is having on the lives of Milford Haven residents is significant and will not be tolerated. They added: “Milford Haven Police remain committed to dealing with anti-social behaviour, criminal damage and the safeguarding of our communities.”

Commenting on the continuing problem on social media, Joshua Stephens said that installing and upgrading the CCTV camera by the ‘Nisa’ shop on Cromwell Road might be a start. He said: “A lot of these “youths” have been targeting properties up this area for a while now.”

A fed-up local resident, Anthony Dyson, who said he was threatened with violence after sternly telling the “youths” to move on after they had “thrown a rock through a four-year-old child’s bedroom window”, put on social media: “I’ve phoned DPP several times now and just get the same old crap “The investigating officer isn’t here right now; I’ll get him them to call you back” and then nothing.

“I’ve even told them I’ve been given three names of the lads. If they don’t get in touch soon because I’m not doing the work for them and ringing them every day, if they don’t call me back soon, I WILL post these three names on Facebook for everyone to see.”

Another Milfordian, Susan Smith commented: “So where are the cameras Around the streets?

“There appears to be a heavy reliance upon residents and motorists to record and submit our own footage nowadays.

“The racing/dangerous driving as well as the anti-social behaviour being routinely displayed just demonstrates the utter lack of respect in existence.

“There needs to be a much harder line exercised.

“You can’t engage with those who behave in this way already. It should start at a young age, so people grow up understanding what is and isn’t acceptable.

“Our rates pay for public services and so I think the majority of us have an expectation that we will be “protected” from adverse and damaging behaviours.

“People need to report, obtain an incident number as an audit trial and to follow up to ensure that cases are investigated correctly and in timely manner.

“Too many people complain but lack confidence in the police to do anything about it or take seriously sadly. Some officers need refresher training on how their salaries are funded, I think.”

Dyfed-Powys Police said: “Two people were seen in dark clothing walking away from the scene, down Robert Street towards Mansfield Street.

In September 2021, vandals struck St David’s Church in Hubberston, Milford Haven.  Stained glass windows and the graveyard and graves themselves were desecrated. Over time, broken glass, litter, and cans, as well as condoms, sanitary towels, signs of drug use and human excrement have had to be cleared away by the ageing congregation at the church. One churchgoer said at the time that part of the churchyard is having to be cleared of debris on an almost daily basis.

People living in the neighbouring area said they also felt threatened and experienced damage to their own property by the anti-social behaviour of people spending their time at the churchyard.

This included the nearby Hubberston and Hakin Community Centre and its memorial gardens, which was then undergoing refurbishments following its investment after the threat of closure.

Another example was two months before this. At approximately 7pm on Aug 20 last year, a window was put through in Charles Street, before the cars had damage to their wing mirrors in Pill Lane.

In 2020, police in Milford Haven carried out targeted foot patrols in the town in response to anti-social behaviour issues. An appeal for information was put out after eggs were thrown at a moving car by ‘The Arches’ on Milford Marina. Police said that a crash had been avoided and that they were looking at CCTV footage. They said that several young people were spoken to with a positive impact. The previous month, Milford Haven Port Authority had issued a press release titled: “Port issues warning about tombstoning and anti-social behaviour at Milford Marina”.

Anna Malloy, Communications Manager said: ““We are able, under our byelaws, to issue fines and banning notices to anyone caught breaking the clear rules we have in place around Milford Marina and Docks. The rules are there for everyone’s safety and to enable the majority of people to come and enjoy the fantastic environment we are so lucky to have.””

Hundreds of dolphins spotted off the Pembrokeshire Coast in unbelievable footage