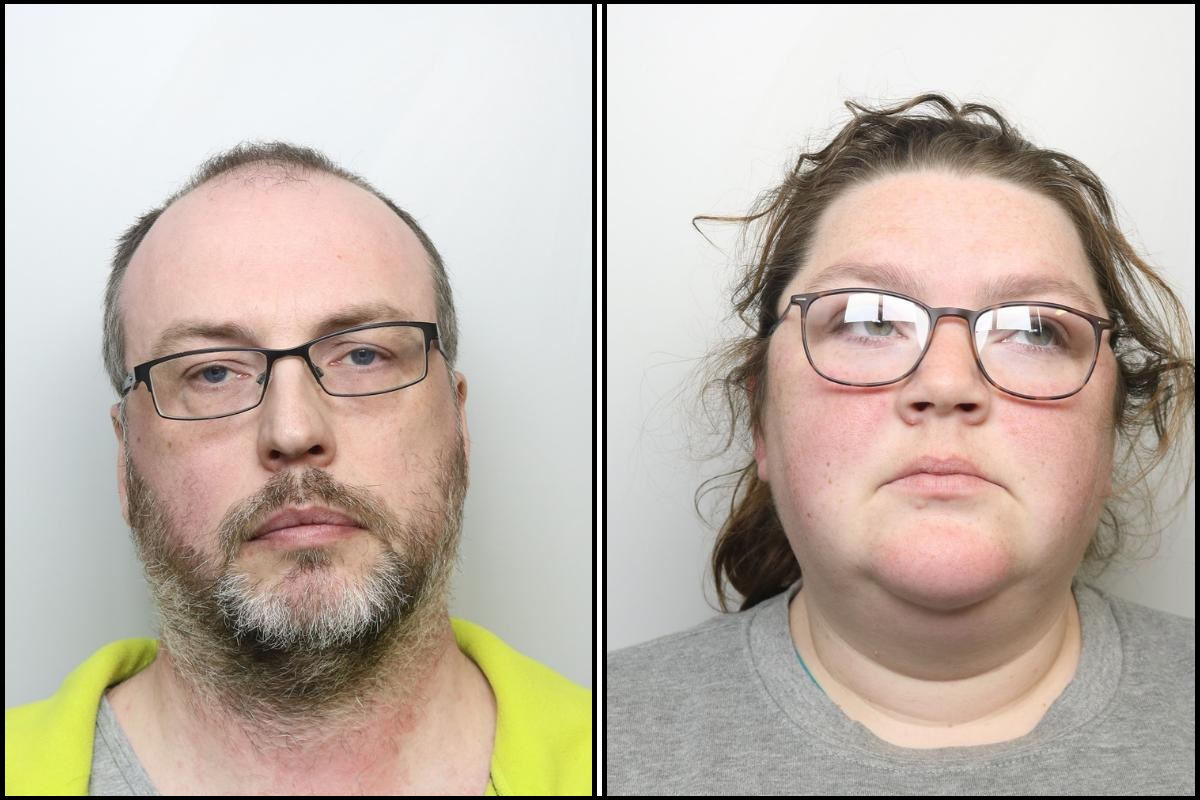 A PEMBROKESHIRE married couple have been sentenced to a total of 11 years in prison for cruelty to a child. The husband was also sentenced for child sexual offences.

It followed a long legal process which we first reported on at Haverfordwest Magistrates’ Court in June 2021.

During Keith Thomas’ trial in last month the jury was told how he groomed, ‘pestered’ and incited the teenage schoolgirl to engage in degrading sexual activity which included her being stripped naked, put into the stress position and pelted with eggs and water

Keith Thomas, 45, admitted that he had bought the girl sex toys, and showed her to use it by playing pornographic videos of women using them.

He pestered the girl to send him images of her using it, the court heard.

Ms Powell said the girl would pretend to use the sex toy in her photographs. But this was not enough for him, and so Keith Thomas, on one occasion, decided to demonstrate its use upon her, which caused “pain and discomfort”.

Before the trial Keith Thomas had admitted two charges of inciting his victim to engage in sexual activity, one of exposing her to indecent pornography and one joint charge of cruelty to a person under the age of 16.

Keith Thomas was found guilty of a further charge of sexual activity with a child in that he had, on one occasion, intentionally touched the girl intimately with a sex toy.

At one point, during the trial, the jury was asked by the judge to enter a formal not guilty finding to one count of inciting a girl under the age of 13, to engage in sexual activity.

Sarah Thomas, 41, was sentenced alongside her husband. She had previously admitted two counts of cruelty to a child under 16.

In a victim impact statement the victim, whose identity is protected, said she remembered everything about the abuse that Keith Thomas had subjected her to and that she had felt “shamed and filthy”.

She added: “These events have taken a massive toll on my physical and mental health. I hope that my family and I can overcome the hurt that you have both caused.

The defendants were given credit for their early guilty pleas.

James Davies, defending Sarah Thomas said that Keith Thomas had “a way of sweeping her along, rationalising what he was doing and making it appear normal”.

Mr Davies explained to Swansea Crown Court that a doctor’s report had diagnosed Sarah Thomas with dependant and avoidant personality traits. “My client is extremely remorseful”, he added.

The judge said that both defendants will to serve half of this before being released on licence.

A ten-year restraining order, preventing him from contacting his victim, and ten-year sexual harm prevention order were also imposed on Keith Thomas, who will be on the sex offenders register indefinitely.
Both Keith and Sarah Thomas were made subject of a barring order preventing them from working with children.

Senedd petition to ‘Save Withybush’ signed by over 1000 people