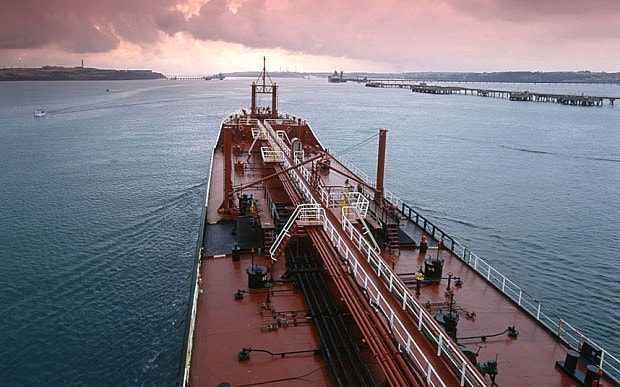 YESTERDAY’S direction by The Department of Transport that ships owned, controlled, chartered, or operated by any person connected with Russia, will not stop oil tankers carrying Russian oil coming to Milford Haven it has emerged.

There have been calls to the government to block ships with oil bought from Russia docking in Milford Haven. The money from the sale of the oil is being used to finance Russia’s illegal war on Ukraine, it has been argued.

Milford Haven Port Authority said it was “keen to ensure that the sanctions… are applied here”.

In a statement to BBC Wales the Port said that it will seek clarification on every vessel to determine whether sanctions apply.

As The Pembrokeshire Herald reported yesterday, another vessel from the Russian port of Primorsk is due on Friday, March 4.

Mike Ryan, Harbourmaster at the Port of Milford Haven said: “We understand and share the strength of feeling around Russian-connected vessels entering the Port of Milford Haven, particularly as our town has strong links with Ukraine in its twinning with the city of Uman, however, we do not have the power to unilaterally apply sanctions to a vessel bound for our port.”

Harbourmaster Ryan confirmed the port would not be allowing entry to any ship it had reason to believe was owned, controlled, chartered, or operated by any person connected with Russia.

It will also apply with the new rules to refuse entry to vessels owned, controlled, chartered, or operated by a “designated person” as well as those flying the Russian flag and those registered in Russia.

Mr Ryan added: “The determination of whether a vessel falls within this definition is not simple, but we are keen to ensure that the sanctions from the UK government are applied here in Milford Haven and The Department for Transport (DfT) will be supporting us and other UK ports to identify vessels which they believe should not be serviced.

“In every case we will be seeking clarification from the DfT as to whether sanctions apply to a particular vessel and/or cargo. All of this will be done in collaboration with our terminal customers.”

Milford Haven councillor Stephen Joseph said: “I am 100% against these tankers coming to Milford Haven. And I am 100% behind the people of Ukraine. I also have sympathy for the Russian soldiers who have been, in my view, hoodwinked into this attack. The poor buggers thought they were on an exercise, from what I understand.

“I don’t think that Putin’s actioned have been justified, but I am worried that he is mad enough to do something really stupid to save face or to prevent being overthrown. He rants and raves and changes focus, he is not a rational man.”

Cllr Joseph added: “If the ship is not turned around, I hope that a protest can be organised. I certainly would be attending.”

Sam Kurtz MS said: “Given the horrific images of invasion and war led by Putin’s forces in Ukraine, Grant Shapps and the UK Government have my full support in refusing Russian entry to UK Ports – including those in Pembrokeshire.

“The maritime sector is a fundamental part of international trade; this ban will hit hard on Russia’s economic interests and prohibit their ability to profit from our economic output. It is not appropriate, nor welcome, to continue granting Russian vessels access to our country.

“I welcome this move and I stand in solidarity with the people of Ukraine.”

Paul Davies MS added: “The message is clear: Russian vessels are not welcome at UK ports.

“The UK transport secretary has been very clear. UK ports should not provide access to Russian vessels and further sanctions are being developed

“I welcome this action as part of the package of measures to restrict Russian trade and hold Putin’s government to account for its disgraceful attack on Ukraine.”

A ship carrying oil from Russia docked at Milford Haven on 26 February, before Transport Secretary Grant Shapps wrote to the ports.

The oil tanker, Pluto, arrived at the port on Saturday evening and appears to have unloaded its consignment at the Valero oil refinery.

A second vessel, Louie, is due to arrive from Russia on Friday. Both sail under the flag of the Marshall Islands but carry cargo from the Russian oil-loading port of Primorsk.