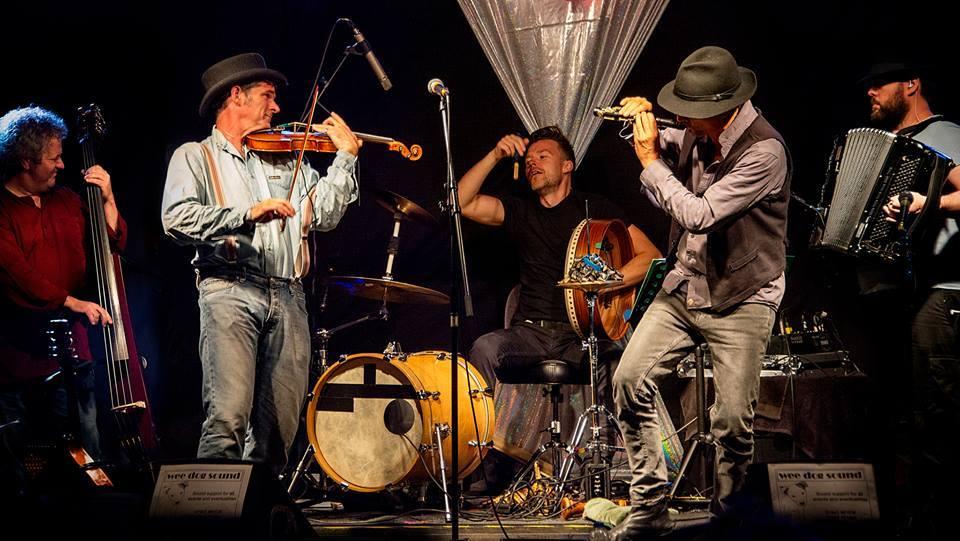 TICKETS go on sale today (Monday 16 May) for this year’s Fishguard and West Wales International Music Festival concerts. The full programme is available to view on the Festival website www.fishguardmusicfestival.com and features the largest number of performances in the Festival’s history extending over three weeks in August and September.

The events will be staged at thirteen venues across Pembrokeshire from 20 August to 10 September, with a launch concert by the National Youth Brass Band of Wales at St David’s Cathedral on 5th August.

Artists performing at this year’s festival include Dame Sarah Conolly who appears as soloist with the Orchestra of Welsh National Opera, and Welsh pianist Llŷr Williams. There will be song recitals by renowned Welsh soprano Rebecca Evans with pianist Andrew Matthews-Owen, and tenor Stuart Jackson with Jocelyn Freeman. Chamber music concerts include performances by the Sacconi Quartet, Peter Donohoe, Harriet Mackenzie and Morgan Szymanski. The European Union Chamber Orchestra and WNO Chamber Orchestra make welcome return visits, and The Marian Consort performs ‘Music from the Sistine Chapel’ at St David’s Cathedral as well as taking part in the ‘Saints and Stones’ tour of historic churches and chapels. Folk group Vrȉ will perform alongside Pedair, and Khamira will close the Festival on Saturday September 10th with a fusion of Welsh and Indian music at the Merlin Theatre, Haverfordwest.

Tickets will be on sale from 9.00am on Monday 16th of May and can be booked via the Festival website at www.fishguardmusicfestival.com

Gillian Green MBE, Artistic Director of the Fishguard and West Wales Music Festival, said: “I am very excited about the variety of events in this year’s Festival which comprise a feast of world-class music covering six centuries as well as new commissions by Welsh composers Nathan James Dearden and Geraint Lewis. Pembrokeshire will greet musicians from across the UK, Mexico and India and there will be a talk by Professor Michael Spitzer whose book The Musical Human was a recent Radio 4 ‘Book of the Week’.

Coastal music festival gets go-ahead for next month 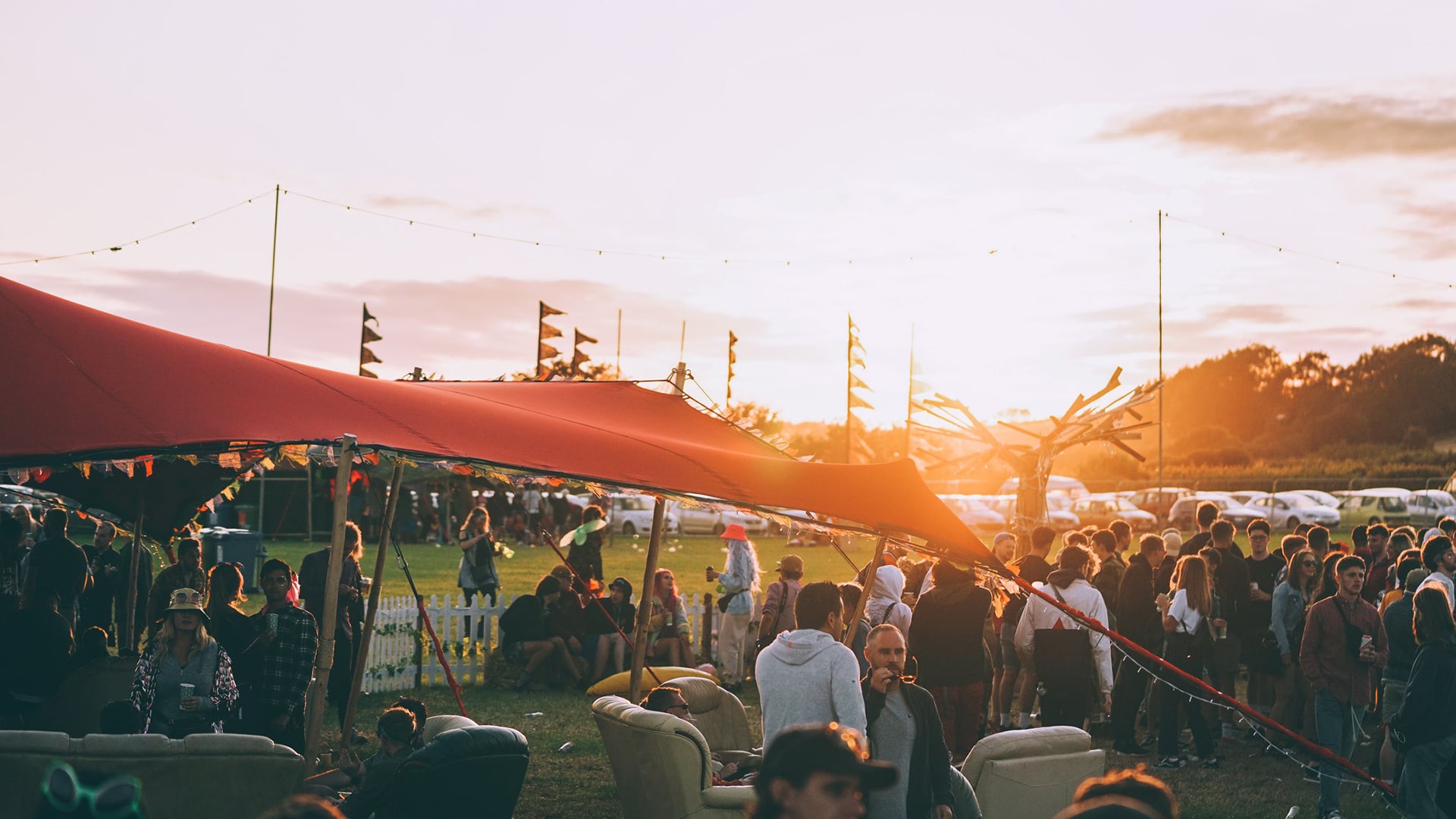 WESTIVAL returns next month with two new stages included in its licence.

Those behind the festival were complimented for their organisation and engagement with authorities during discussions of a new licence application to Pembrokeshire County Council.

The licensing committee heard from Joe Worley, the event’s organiser, as well as potential proposals to add two new stages and a ‘sunset stage’ in another neighbouring field at a meeting conducted on Monday, June 20.

Mr Worley claimed that the guests will benefit from the different areas and will improve the foot traffic around the site at Shipping Farm, near Manorbier.

The committee also heard that a 3am licence for the event had been accepted in 2020, however, the four-day festival was cancelled due to Covid-19. The previous year’s event ended at 1am.

Music is expected to stop at midnight on Thursday and Sunday.

Councillor Mark Carter raised concerns about a potential increase in complaints after 1am, calling the extension to the time limits “fairly radical” and the committee heard there had only been five complaints after the 2019 event, three of which were repeats of after 2018.

The committee also heard that just five complaints had been filed following the 2019 event, three of which were repetitions from the previous year.

The application states: “There will be a combination of live bands and dj’s playing across four stages across the course of the weekend. To help generate as much revenue for the local area as possible, local food vendors will be utilised and the bar will feature local ales and beers.”

Mr Worley added that a specialist noise management company was being hired to monitor levels and that a helpline number will be available during the festival with complaints investigated and alterations made if necessary.

He stated that there would be a drop in volume at 11pm and 1am “to reduce the likelihood of getting any noise complaints.” 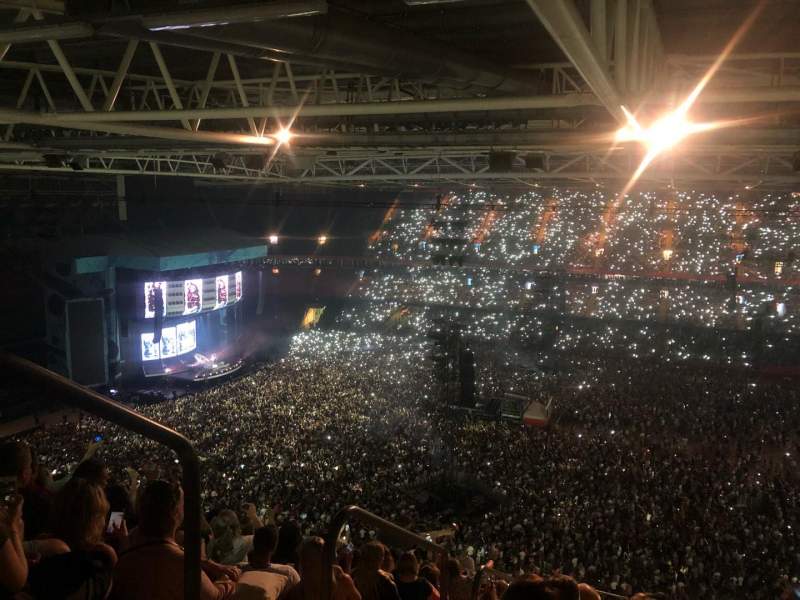 AS FESTIVALS and events are making a comeback, BBC Wales has announced an exciting summer of music across television, radio and digital.

BBC Wales says that it is “diving head first into a summer of live music at events across Wales – from local town hall shows to large scale concerts and festivals.”

On television, an exclusive Stereophonics homecoming gig will be broadcast live from the Principality Stadium Cardiff when the band play in front of 60,000 fans on the second of a two night stand at the iconic venue. Stereophonics Live in Cardiff: We’ll Keep a Welcome will be on BBC One Wales – and BBC Two across the UK – on Saturday, 18 June from 8.40pm just as the band hits the stage.

BBC Wales’ Director Rhuanedd Richards says “As people across Wales at long last come together again to enjoy live music and festivals, BBC Cymru Wales will be supporting and broadcasting from events across the nation. It’s going to be a jam-packed summer – with live music being central to local community and large scale events – and BBC Cymru Wales will be there to capture the performances of Welsh and international artists. Following the pandemic, it’s time to turn up the volume again, and celebrate music as a force for bringing people together and showcasing the best that Wales has to offer. I’m also delighted that our ‘Summer of Music’ will culminate in a landmark series with Huw Stephens exploring The Story of Welsh Music.”

Wynne Evans’ Townhall Showdown sees the presenter and opera singer visit towns and villages across Wales, starting at the Newbridge Memo, and bringing with him regular features from his daily show. Wynne will also perform at each event, as will a local Welsh band or artist. And John Quirk and his band will provide musical accompaniment to the evening. Highlights from the evening will be heard on Wynne Evans’ show every Friday following each event.

Fresh from Gŵyl Triban at the National Urdd Eisteddfod, Radio Cymru will be live at Tafwyl festival in Cardiff, the Sesiwn Fawr in Dolgellau and at the National Eisteddfod in Tregaron, and will bring unmissable and exclusive music to Radio Cymru listeners and BBC Sounds users. To coincide with each of these major events, the station will embark on a schools tour, bringing the best of live Welsh music to a school in each of the local areas.

The BBC National Orchestra and Chorus of Wales will be at a variety of events across Wales over the summer. From performing their season closing Romance and Revolution concerts in Cardiff and Swansea in June, to entertaining the crowds at the Welsh Proms in July and accompanying Carwyn Elis at the Greenman Festival in Crickhowell in August. BBC NOW will then return to the St Asaph Festival in September. The orchestra is also performing over the summer at four of the BBC Proms in London, including a concert with the Tredegar Band.

In September, BBC Two Wales will show The Story of Welsh Music, where presenter Huw Stephens will look at key stages in the history of Wales as a musical nation. The two part series will tell various stories – from the history of the triple harp and how it’s importance meant it was considered Wales’ national harp – to the story behind Hen Wlad Fy Nhadau, the phenomenon of ‘Cwl Cymru’ and the international success of bands like Manic Street Preachers and Stereophonics.

On digital, BBC Wales’ Horizons/Gorwelion project will feature coverage from the In It Together festival in Port Talbot. And will have filmed and recorded sets from venues across Wales – including Queen’s Hall Narberth, Swansea’s Sin City, Aberystwyth Arts Centre and Pontio in Bangor.

BBC Sounds will feature summer playlists and set highlights from across the summer’s events and programmes.

‘In It Together Festival’ sets new standard for events in Wales 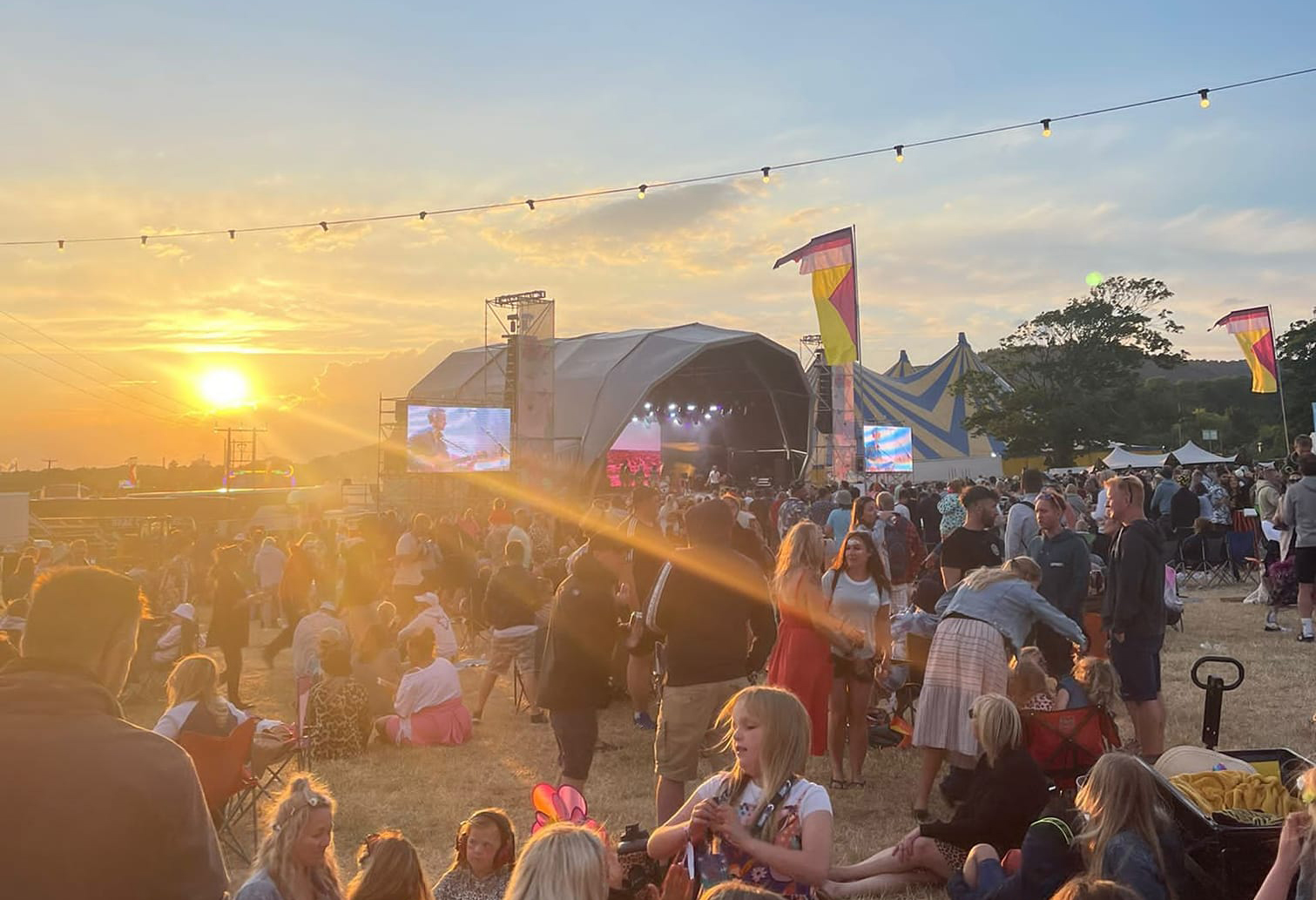 THIS past weekend, the In It Together festival made a bold and welcome debut, and has already established a new standard for events in Wales. It’s the result of an experienced team that simply wanted a big old celebration for all the family and all types of people after a difficult couple of years, and boy, do they deliver.

The location at Old Park Farm in Port Talbot, near to Margam Park, is like an infinite playground, complete with fire breathers, wild and colourful characters, hay bail stacks, endless food trucks, a variety of drinks, and plenty of extra entertainment. This features a circus tent, children’s performers, a funhouse, a gigantic Guess Who, Connect 4, beanbags, and a bouncy castle to give them all a weekend to remember.

Adults have an almost limitless number of musical alternatives to choose from. On Friday, Gabrielle stole the show with some incredible sunset vibes, while the circus came to town and Armand Van Helden performed an epic set of New York house at the renowned Panchaia. The eager crowd ate up every beat, and the production was fantastic, with great-looking stages, huge lights, lasers, and, of course, powerful sound systems.

There are numerous camping alternatives available, catering to everyone from families with young children to people who are unlikely to sleep much. It’s comfortable and well-equipped, so you’ll have plenty of time to unwind before heading out on days two and three.

After beautiful weather on the first day, the rest of the weekend was marred by wind and rain, but it didn’t damper spirits. The crowd erupted in applause for Noel Gallagher and his High Flying Birds, who sang along to all of the key choruses and rocked out to Noel’s massive riffs. Other noteworthy sets included Two Door Cinema Club and a stunning sunset session from the one and only Gabrielle, and the sound delivered them all loud and clear.

On a big screen, seeing Wales play Ukraine in a crucial World Cup qualifier will be one of the best experiences. It was a friendly and community minded moment that really summed up the special togetherness vibe of this new and vital addition to Wales festival landscape.