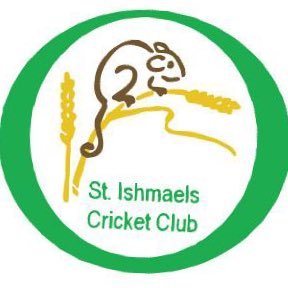 ST ISHMAELS earned their second win of the season on Saturday (May 21) as they beat Pembroke Dock by six wickets.

Tish won the toss and elected to field and the Dock posted 172-6 from their 45 overs.

However, they lost Rhys Daley, Billy Wood and Scott Griffiths early on to slip to 31-3.

Opener Jake Davies and Tom Grimwood then shared 73 runs for the fourth wicket with Davies reaching his half century.

Grimwood scored 23 but was then caught by Brennan Devonald off the bowling of Lewis Rhead.

Archie Hillier-Wood hit 14 but he fell to Peter Bradshaw as the Dock slipped to 129-5.

Davies and Jamie White then added 39 for the sixth wicket as they looked to push their score on. White hit three fours in a quickfire score of 19 from 10 balls but he was then stumped by Huw Scriven off the bowling of Andrew Palmer.

Davies hit six fours and a six as he finished unbeaten on 99, unlucky not to reach his century.

Tish got off to a good start in their reply as Peter Bradshaw and Andrew Palmer shared 78 runs for the first wicket.

Bradshaw hit six fours and a six as he reached a score of 44 but he was then caught by Scott Griffiths off the bowling of Jamie White.

Palmer and Karl Rhead continued to add runs on the board as they shared another 72 for the second wicket.

Rhead smashed seven fours and three sixes as he scored 54 from 45 balls but he was then trapped leg before by Neil Gregory.

That got the Dock’s tails up but Palmer and Jonathan Pawlett held their nerve with Pawlett hitting a six while Palmer hit a four to win the game.

That was his seventh four as he finished not out on 61.

That saw Tish to victory in the 43rd over and earns them 17 points.