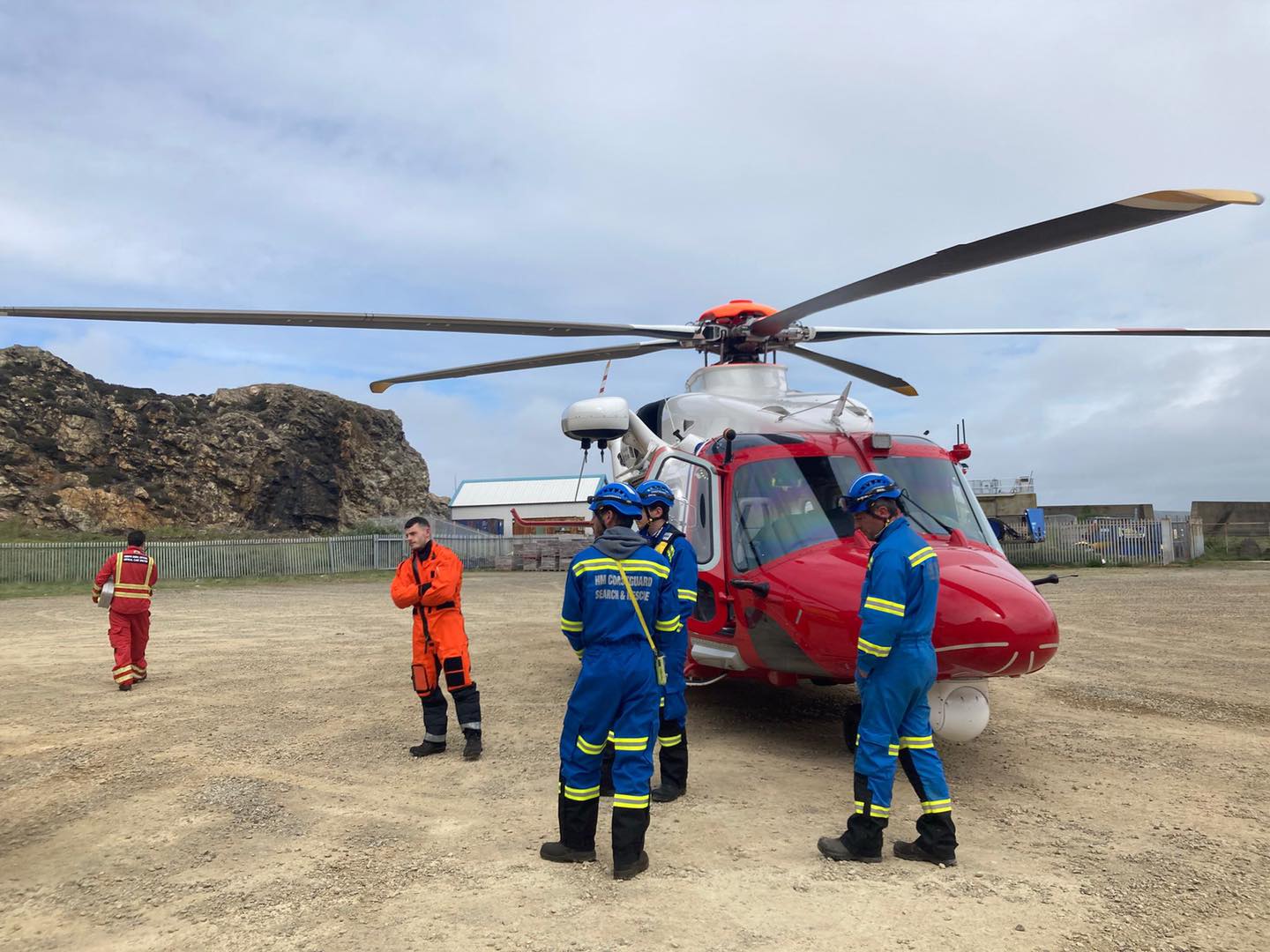 THERE was a dramatic rescue of a casualty who had fallen into the water in Fishguard Bay on Thursday (May 26).

The lunchtime incident was dealt with by a multitude of emergency services. The local coastguard team in Fishguard was called out and assisted the RNLI, and two helicopter crews – one from the Wales Air Ambulance and the other Rescue 187.

“The casualty was recovered by the lifeboat and transported back to the boathouse to be met by coastguard team who had set up landing sites, Welsh Ambulance Services NHS Trust, Coastguard Rescue Helicopter 187 and The Wales Air Ambulance, which transported the casualty to hospital.

The RNLI said: “A young girl aboard a moored RIB sustained a suspected spinal injury whilst jumping off the boat into the sea on Thursday 26 May. Two other passengers aboard the RIB recovered the girl onto the side of the boat and the emergency services were alerted to the situation.

“As a result, Fishguard RNLI’s all-weather lifeboat, with a crew of seven volunteers, which included a doctor, was tasked at 1.35pm to the scene near Saddle Point, Lower Town, Fishguard and the lifeboat launched at 2.00pm and was quickly on scene.

“The girl was transferred to the lifeboat and assessed to have a possible spinal injury and reported to be passing in and out of consciousness.

“The lifeboat returned to the port quay wall at 2.45pm where two ambulances and both a Wales Air Ambulance helicopter and a Coastguard helicopter were waiting in the STENA carpark.

“After transferring the girl ashore, she was taken by one of the helicopters to a Cardiff hospital.

“She was discharged from hospital a few hours later.”