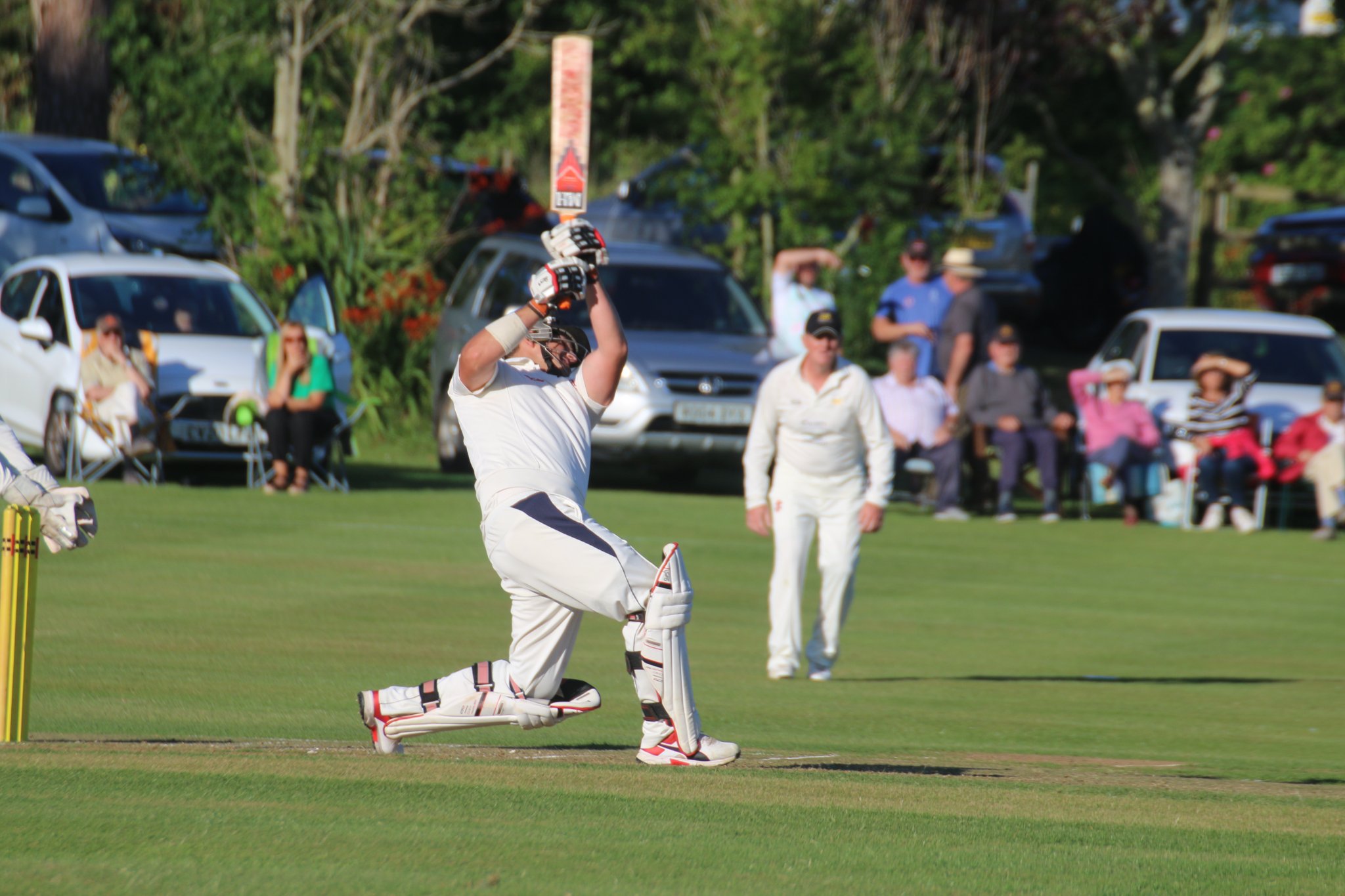 LLANGWM booked their place in the final of the Harrison Allen Bowl on Tuesday night (Jul 26) as they beat Lawrenny by 12 runs in Kilgetty.

It was an excellent game with Llangwm posting 198-2 in their 22 overs before Lawrenny fell just short, despite a superb unbeaten century from Kyle Marsh.

Lawrenny had beaten holders Neyland and Cresselly to reach the semis while Llangwm had seen off St Ishmaels and Carew.

Lawrenny won the toss and chose to field and they watched as Llangwm made an excellent start to their innings.

Joe Kiff and Steve Inward shared 106 runs for the first wicket with the former reaching a half century.

Kiff hit ten fours and two sixes in his score of 62 but he was then caught by Troy Purslowe off the bowling of Finlay Lewis.

New man Will Beresford did not last long at the crease as he was bowled by Ryan Morton.

Inward and Steve Mills were then untroubled as they shared 92 runs for the third wicket.

Mills scored 31 while Inward finished just eight runs short of a century on 92.

Needing 199 to win, Lawrenny knew they would to start their reply well but Harry Thomas and Kyle Marsh could only add 21 runs for the first wicket.

Thomas was bowled by Joe Phillips on a score of 11 and soon after Steve Lewis was run out by Noah Davies.

That left Lawrenny on 37-2 but Marsh and Purslowe added 48 runs for the third wicket.

Purslowe added 11 but he was then bowled by Chris Inward. Moments later, Inward trapped Tom Cole leg before for a duck to leave Lawrenny on 85-4.

Marsh had reached his half century prior to those wickets but he was running out of partners as he then saw Ryan Morton caught by Joe Kiff, giving Inward his third wicket.

James Phillips was then bowled by Steve Mills as Lawrenny slipped into further trouble with the score on 112-6.

Marsh and Joe Kidney added 28 runs for the seventh wicket with the former nearing his century.

Kidney was also bowled by Steve Mills as Lawrenny’s hopes appeared all but over.

Marsh had other ideas though as he blasted his way to a century. He hit five fours and 11 sixes as he finished unbeaten on 125.

His last three of those sixes came in the final three balls but it wasn’t enough to secure victory.

It saw them finish just 12 runs short of their target.

The win for Llangwm sees them into their first final since 2013, where they were beaten by Neyland, and they will face the winners of the tie between Haverfordwest and Herbrandston.