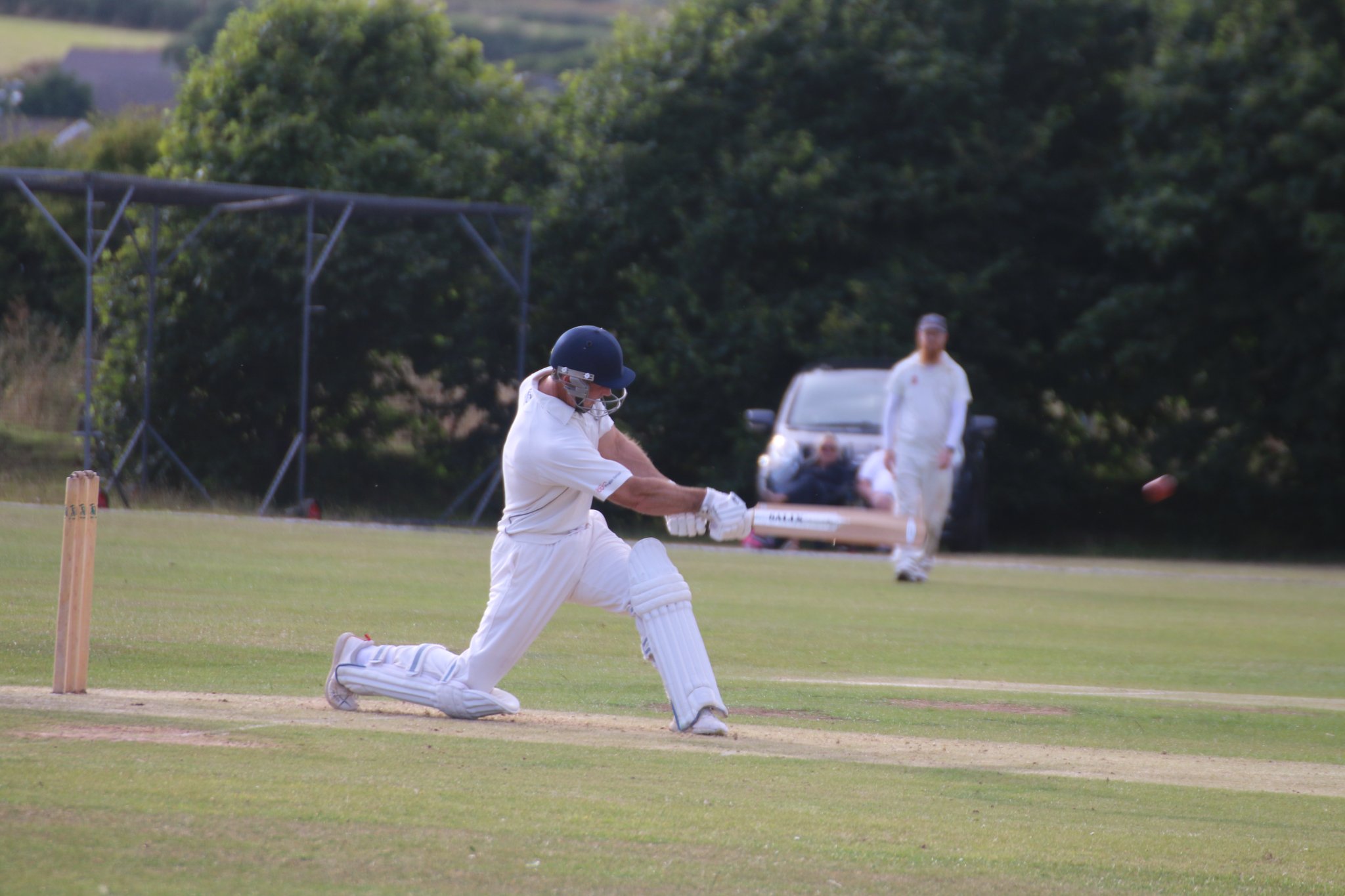 HAVERFORDWEST proved too strong for Herbrandston on Thursday night (Jul 28) as they booked their place in the final of the Harrison Allen Bowl.

The game was played at St Ishmaels and the Division 2 leaders put up a good fight but ultimately fell short in their chase of Town’s score of 184-7.

Ashley James and Mikey Jones opened up for Town, after they were asked to bat by Herbie, and they shared 21 runs for the first wicket.

James fell on a score of 16 when he was caught by David Malloy off the bowling of Dean John.

Jones and Ben Field then added 39 runs for the second wicket before Jones fell on 25 when he was caught by Jack Nicholas off the bowling of Rob Hood.

Field was joined by Dai Davies and the pair shared an excellent stand of 98 with the former reaching his half century.

Field hit six fours and two sixes in his knock of 64 but he was then caught by Kristian Bennett off the bowling of Paul Nicholas.

Town then lost quick wickets as their innings faltered as Kieran O’Connor was run out while Archie Thomas hit a six from his three balls before he was bowled by Paul Nicholas.

Jake Merry was also bowled by Dean John and Chris Phillips was run out late on.

Herbie lost Jonathan Bennett early in their reply when he was bowled by Archie Thomas.

Ryan Davies was also bowled by Thomas as Herbie slipped to 13-2.

Harry Nicholas and Kristian Bennett added 13 for the third wicket but Bennett was caught by Chris Phillips off the bowling of Thomas.

Nicholas also fell on a score of 10 when he was caught by Dai Davies off the bowling of Ashley James.

Herbie’s chances of victory were beginning to slip away as Charlie Malloy was then trapped leg before by Clive Tucker and soon after Dean John was caught and bowled by Tucker.

That left Herbie on 36-6 and it soon became 41-7 when Rob Hood was caught by Jake Merry off the bowling of James.

Jack Nicholas and David Malloy then offered some resistance as they shared 41 runs for the eighth wicket.

Malloy scored 12 but he was bowled by Johnny White.

Nicholas had hit four fours in his score of 30 but he was then caught and bowled by Kieran O’Connor.

O’Connor then bowled Paul Nicholas to bring the game to a close and to secure a 100-run win for Town.

Town will now look forward to the final against Llangwm, to be played on Saturday, August 27 in Cresselly.