20 youngsters from across the country were honoured, with each having their own unique and inspiring story, including six-year-old Elly Neville from Pembroke.

The medal presentation ceremony, which is in association with Specsavers, cast a light on some of the nation’s brightest stars of the future.

The awards were presented by Kimberly Wyatt of the Pussycat Dolls, whose band has sold over 55 million records worldwide.

Elly Neville, a six-year-old girl from Pembroke, has helped raise more than £50,000 for Ward 10, a dedicated cancer ward, at Withybush Hospital in Haverfordwest.

Ward 10 is special to Elly and her family because her 54-year-old father, Lyn, needed a bone marrow transplant in 2005 after he was diagnosed with blood cancer. Over the following four years he was a regular visitor to the ward for treatment, and he now visits a London hospital once a year for check-ups.

Despite being told that he wouldn’t be able to have any more children, Lyn’s wife, Ann, gave birth to Elly not long after his treatment ended. This was seen as a miracle considering what they had been through in the very same hospital just years prior.

In April 2015, Elly won £20 in a school competition for her collage of the Pembrokeshire county flag. She decided that she wanted to raffle the flag to raise money to go towards the refurbishment of the Ward 10, which was the start of her fundraising campaign called ‘Elly’s Ward 10 Flag Appeal’.

She has continued to fundraise in the community, with her family organising fun days and local people helping with activities such as bungee jumping off Cleddau Bridge, which have all added to the ever increasing tally on her JustGiving page.

The money Elly has raised has gone towards improving the ‘patient environment and experience’ at Ward 10, adding in equipment that the Hywel Dda University Health Board couldn’t finance, such as a high-spec ‘Sara Stedy’ enhanced standing aid to allow patients to go to the toilet. The health board has since stated that it will submit a bid to the Welsh Government later this year for funds to refurbish the ward.

Elly’s father, Lyn, said: “Seeing Elly receive her award was inspiring. It was a wonderful way to celebrate all of her fundraising achievements for Ward 10 and it was an honour to meet with other families of young people who have done amazing things to improve the lives of others.”

Dame Mary Perkins, co-founder of Specsavers, said: “The society we live in tomorrow will be shaped by the children of today, which is why championing amazing young role models is so very important.

“The young people that become the recipients of the first British Citizen Youth Awards will, I am sure, inspire other youngsters to emulate their good work and embody the spirit of transparency, integrity, determination and achievement that define these awards.

“Whatever it is that they have done to make a significant impact on society, their community, a charity or other good cause, it will have been with a selflessness and commitment that deserves to be publically acknowledged. These unsung heroes are the rising stars of the future – let us shine a light on them and celebrate!” 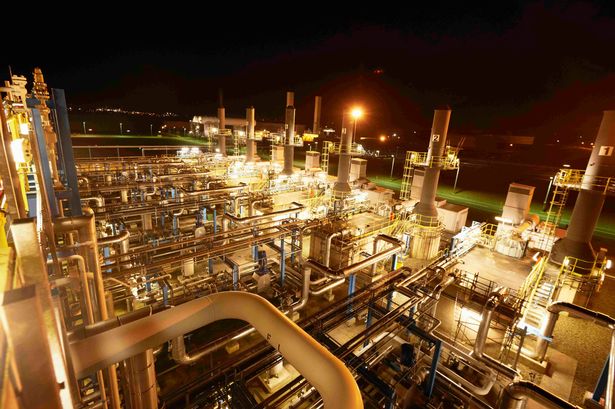 The 24/7 shutdown will enable Dragon to carry out periodic maintenance and inspection, whilst
taking advantage of the opportunity to carry out some small improvement projects in a safe and controlled manner.

In addition to the normal preparations for a shutdown, which started in February 2020, Dragon
have been working extensively with Welsh Government, Public Health Wales, Pembrokeshire County Council TTP team and UK Government, including the Department for Business, Energy
and Industrial Strategy (BEIS) to align already in place COVID controls in preparation for our
additional workforce from 15 key vendors to support a successful event.

During the shutdown, there will be over 140 valve overhauls, approx. 960 COVID-19 LFD | PCR
tests carried out by a specialist company and over 200 virtual site safety inductions (enhanced with
COVID site controls).

With the works taking place within the site process area, any impact to our community, including
noise and dust disturbances is not anticipated. Please do note that flaring will be undertaken
during the shutdown.

A Dragon spokesperson told The Pembrokeshire Herald: “Whilst this is a major event at Dragon, the 1st shutdown since 2011, our top priority always is the safety of our team and community”.

Dragon continues to update its’ community and stakeholders on the progress of the work. 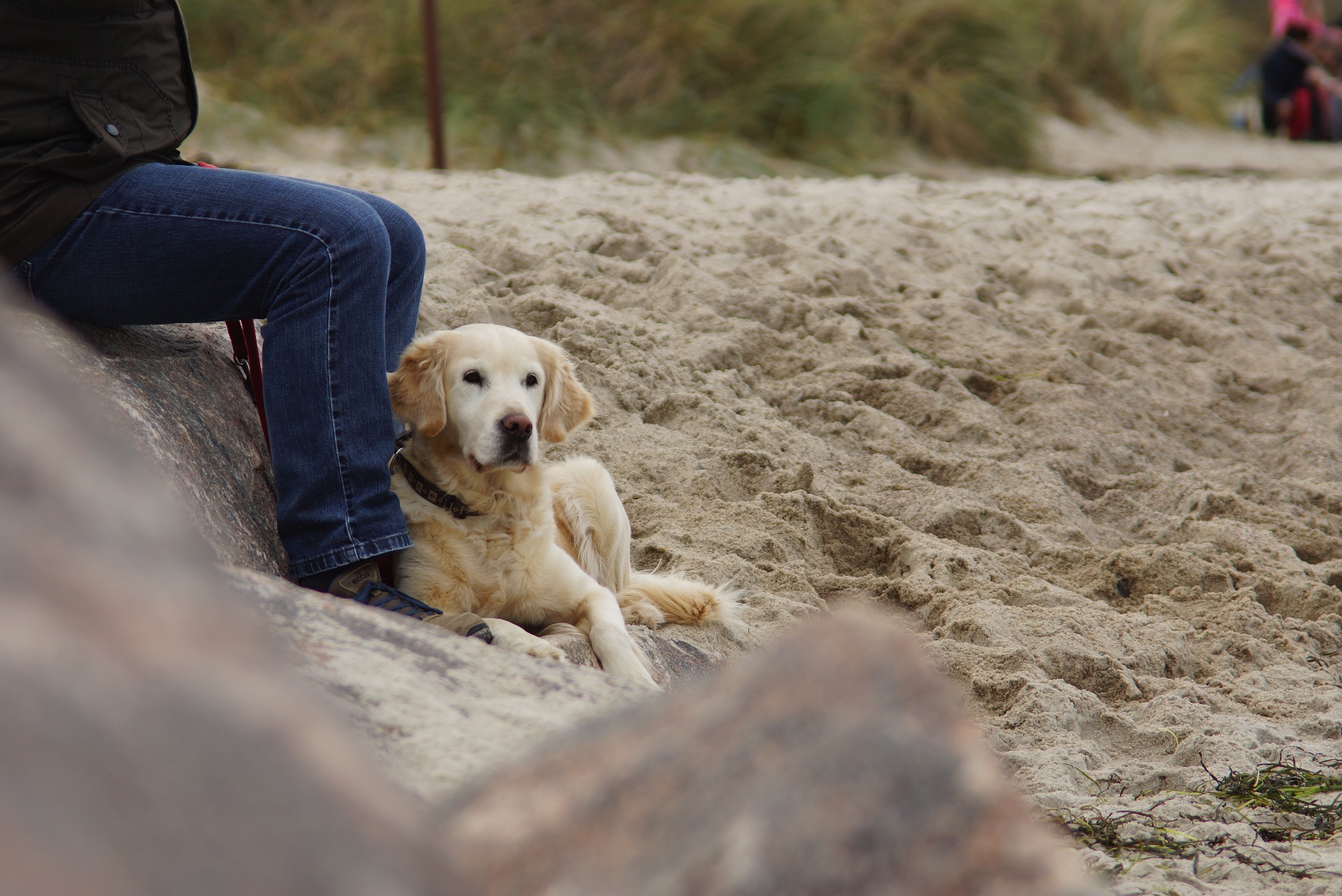 PEMBROKESHIRE COUNTY COUNCIL is encouraging and promoting responsible dog ownership to ensure that we can all enjoy the County’s glorious beaches this summer.

With Covid-19 restrictions easing and lots of people expected to head to the coast, respecting one another and the natural environment will be more important than ever.

And, as a dog-friendly County, Pembrokeshire will be welcoming many four-legged friends too.

While visiting and enjoying Pembrokeshire beaches, dog lovers are asked to be mindful of some restrictions regarding their pets.

Between 1st May and 30th September dogs are not permitted on the North Beach in Tenby, or Whitesands Beach near St Davids. However, some other beaches have specific dog-free areas Designated.

Other areas indicate where dogs must be kept on leads.

The byelaws are in place so that everyone, dog owners and non-dog owners alike, can enjoy their time at the seaside.

Updated signage detailing the byelaws will be displayed on all beaches, main beach access and exit points, plus signs and flags being displayed and flown by lifeguards.

This will help pet owners to take their pets to the areas of beach designated for their enjoyment.

The signage used will be part of a wider campaign to encourage responsible behaviour while visiting and enjoying Pembrokeshire.

While engaging with members of the public, explaining the byelaws and encouraging responsible behaviour will always be the preference, there has also been a change to how the restrictions will be monitored.

Enforcement Teams will be working alongside the patrols currently undertaken to address littering and dog fouling in our communities.

Where appropriate, Fixed Penalty Notices of £75 can be issued. This can rise up to £500 if the matter were to be successfully prosecuted in court.

It is hoped that by engaging, advising and promoting the byelaws, supported by new signage, the Council can encourage people to be even more responsible dog owners.

This will result in a fun, positive experience for all beach users this Summer.

Pembrokeshire County Council Leader Cllr David Simpson, said: “Pembrokeshire can’t wait to welcome all those who have been dreaming about a walk on the beach throughout much of the past year.

“We know and understand that dogs are part of the family and taking your pets out to the beach for the day or a simple walk at the seaside is so important.

“We hope that by engaging and explaining we can promote responsible dog ownership this summer to ensure everyone can enjoy their time on our incredible coast.

“Please plan your visits and take the time to have a look at the maps of the dog free areas and other information available and we look forward to welcoming everyone, whether two legs or four, once again.”

Maps of the dog free areas and further information can be downloaded at: https://www.visitpembrokeshire.com/downloads 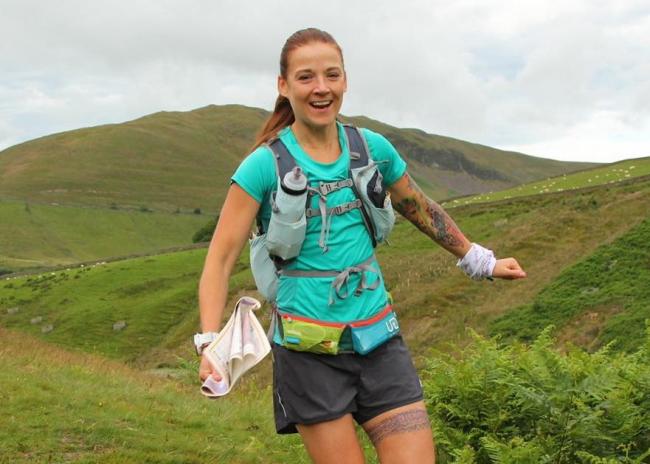 A DETERMINED Pembrokeshire woman will reattempt to set a new record next week by running the Pembrokeshire Coast Path in the fastest time.

Sanna Duthie, 32, from Milford Haven, is aiming to become only the second person to run the whole of the 186-mile Pembrokeshire Coast Path.

Sanna attempted to break the record in August last year, but after clocking off more than 63 miles she had to abandon the record attempt for her own safety, due to the horrendous weather conditions.

She hopes to complete her run in under 64 hours and 32 minutes and is using the opportunity to raise money for the Wales Air Ambulance Charity. Sanna has already smashed her fundraising target of £2,000 by raising an amazing £2,162.

The current record is held by Haverfordwest’s Richard Simpson, who completed the challenge in 2018.

As an ultra-runner, she has previously completed a 100-mile run in under 28 hours, but she is now hoping to exceed that and raise money for a charity close to her heart at the same time.

Reflecting on how she feels about re-attempting the challenge, Sanna, who likes to run ‘silly races’ said: “I am very nervous but feeling determined and strong. I’ve trained over 300 miles a month since March 2020, so I’ve done all the training I can. I would have liked to have gone to the gym, but I’ve done what I can at home. I’ve been out on difference sections of the coast path since restrictions have eased and it’s in good condition.”

Weather permitting Sanna, who is ‘overwhelmed’ with how much money she has raised, will start the challenge at 8am on Friday, 7 May at St Dogmaels and finishing in Amroth on Sunday, 9 May.

In preparation of the challenge Sanna has received a lot of support from her partner, family and friends, she said: “My dad and partner have been amazing. Making sure I’m fed after long runs and just being there. My friends have been amazing and although we haven’t been able to run together just knowing they support me helps. I’m hoping some can join me on the challenge it will be great to catch up. The chatter will be a great distraction.”

Katie Macro, Wales Air Ambulance South West Wales Community Co-ordinator, said: “We’re so grateful to Sanna for taking on this huge challenge once again. Her determination is outstanding, and she has so far raised an amazing amount for our lifesaving charity.

“Despite the horrendous weather during her last attempt she managed to run over 63 miles and only stopped the record attempt when it became unsafe to continue. Her determination is inspiring.

“On its own, it is a significant personal challenge, and we will be supporting her all the way to the finish line – and hopefully to a new record. For Sanna to choose to raise money for our lifesaving service at the same time is incredible. We are so grateful for her support and we’d like to wish her all the best. Thank you to everyone who has supported Sanna and continue to support her with her fundraiser.”

You can show your support to Sanna by donating to her Just Giving page – Sanna’s 186 miles – Pembrokeshire Coastpathhttps://www.justgiving.com/fundraising/sanna-duthie2.