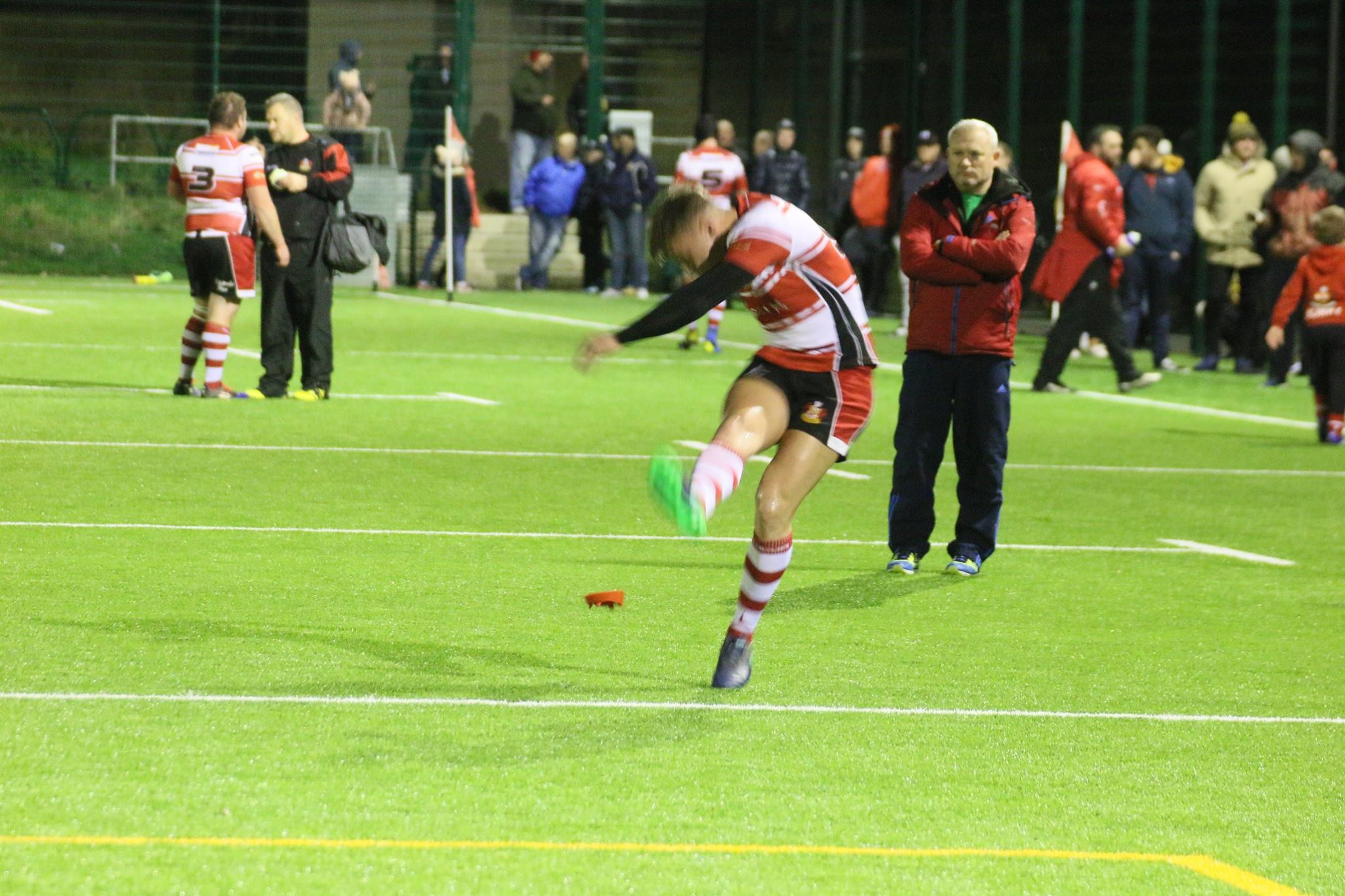 MILFORD Haven moved to the top of League 3 West A on Friday night (Nov 17), as they thumped St Davids 77-5 to maintain their unbeaten start to the season.

The game was played under the floodlights of Milford’s 4G pitch and a good crowd gathered to watch the game despite the cold conditions.

It didn’t take long for the Mariners to get into their stride as with just two minutes on the clock, David Round emerged from a scrum to touch the ball down. The conversion attempt from Dan McClelland came back off the post.

Moments later the home side had their second try as the ball was kicked forward and Lee Riley picked the ball up before offloading to Dai Sweeney who ran through for the try. The conversion was again missed.

Riley then broke through once more and stepped inside to beat the defenders to score under the posts leaving McClelland with an easy conversion. Milford secured their bonus point try when Nathan Davies touched the ball down on his debut after a good line out win and driving maul. The conversion was wide.

The home side did not let up and Riley again caused problems for the Saints as he supplied the pass to Craig Thomas who went over for his first try of the night. The conversion was missed but the Mariners were sailing ahead with a 27-0 lead.

The Saints then had a bit of pressure of their own and it resulted in Milford’s Brandon Cooper being sent to the sin bin for ten minutes.

However, the Saints could not make their man advantage count and Milford scored again when McClelland took a quick tap penalty and passed to Matt Reynolds who ran over to score.

David Round then made a good run but he was held up and when the ball was recycled it eventually came to Jimmy Thomas who touched the ball down for the try.

Milford then stole the ball from a Saints lineout and the resulting play saw Chris Hall go over for their eighth try of the half and McClelland added the extra two points for a 44-0 lead at the break.

The Saints enjoyed a good spell of pressure at the start of the second half but they were unable to turn that pressure into points.

Milford then had a lineout in the Saints 22 but after being held up near the posts, the ball was sent back out to the right and Riley again made the try scoring pass for Thomas to touch down for his second of the night.

Thomas then secured his hat trick of tries as he went over once more.

The Saints, to their credit, never gave up and they were rewarded when Noel Lyons forced his way over the line. The conversion attempt was missed.

They battled well in a bid to add to their tally but it was the Mariners who pulled further away with more tries as Dan Jenkins raced over for a try before also adding the extras.

The Saints had a player yellow carded for a tackle in the air and the Mariners showed their class as Round went over for his second try which James Trueman converted.

Jenkins also claimed his second try in the closing stages and Trueman again added the extras to complete a comfortable night for the Mariners.

Goodwick and Hakin earn place in fifth round