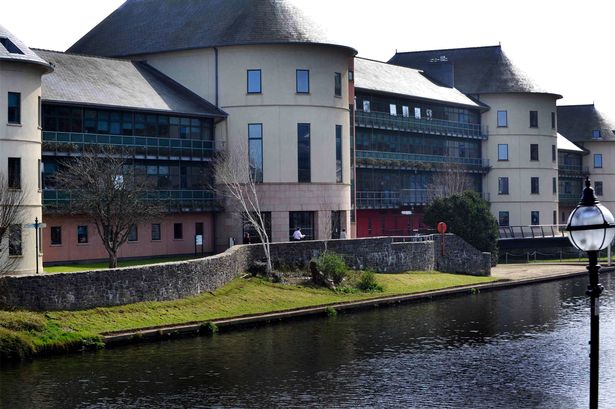 PEMBROKESHIRE COUNTY COUNCIL has agreed that more consultation is needed with members of the public on the names of the two new schools in Haverfordwest.

Cabinet members had been asked to approve the Instruments of Government, which included the new names, for three new schools at their meeting on Monday (Nov 27).

However, Cabinet member for Education, Cllr David Lloyd, said that because of the amount of interest in the names of the two schools in Haverfordwest, further consultation would be needed with the public.

The new Welsh Medium School in Haverfordwest has been named Ysgol Y Garreg Las whilst the other 11-19 school was named Haverfordia VC High School.

The instrument of government for the school in the St Davids peninsula, named Ysgol yr Eglwys yng Nghymru Penrhyn Dewi, which is to be shortened to Ysgol Penrhyn Dewi, was approved by the Cabinet.

Cllr Lloyd stated that the temporary governing bodies were currently working on preparations for the schools to be opened in September 2018.

He added: “The three governing bodies have chosen a name for their schools, the name has to be incorporated into the instrument of government for the schools which also details the composition of the new governing body.

“While the composition of the governing bodies is laid out in Welsh Government regulations, there are no regulations by which a school is named. Each governing body sought suggestions for names from the school community and used these as a basis for discussion.

“It’s almost inevitable that a chosen name will not win universal approval, however, there is a strong rationale behind the selection of the three names.

“First of all, Ysgol Y Garreg Las, this has been chosen because of the association with Preseli Bluestones and the symbolism of strength, in addition a feature of the new site will be a stone believed to date from the 18th century.

“The other school, Haverfordia, is an ancient name for Haverfordwest. The school is a voluntary controlled school because of its association with the Tasker Milward and Sir Thomas Picton charities.

“The use of Haverfordia and High in the name, as well as suggesting aspiration, would differentiate the school from the existing school known as Haverfordwest VC Junior School.

“The new 3-16 school on the St Davids peninsula located on three sites, in St Davids and Solva is a church in Wales Voluntary Aided School. In requesting Ysgol yr Eglwys yng Nghymru Penrhyn Dewi, the temporary governing body is emphasising that the school is serving the peninsula and has chosen a name which identifies its location, distinguishing it from the new school in Hundleton and is expected to be shortened to Ysgol Penrhyn Dewi.

“However, whilst there has been consultation with parents and pupils and governors, I know there are continued concerns about the names of the new Welsh and English medium schools in Haverfordwest, accordingly I recommend further consultation with the wider community by the temporary governing bodies, given the considerable public interest in these matters.”