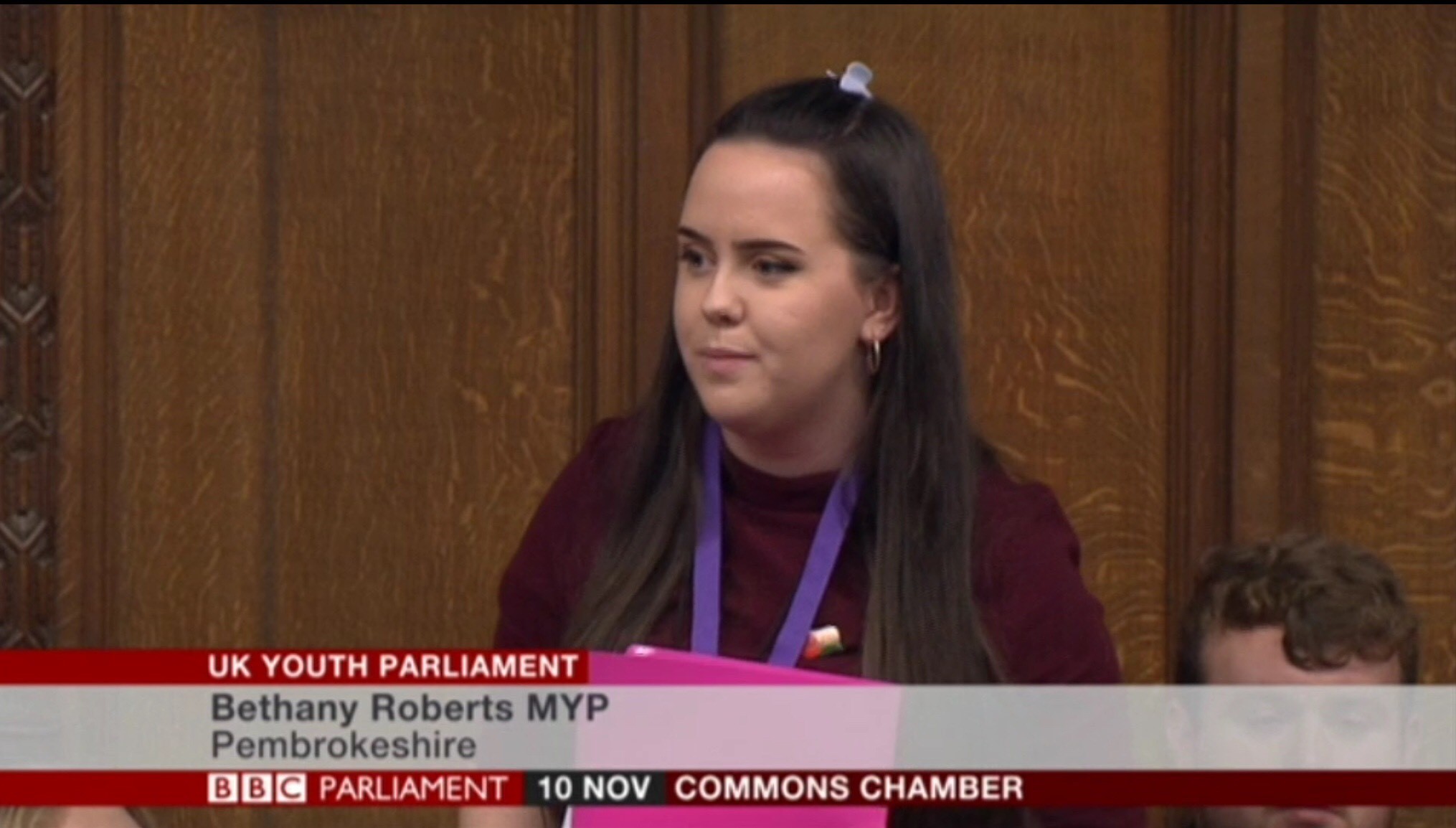 THE CHAIR of the Pembrokeshire Youth Assembly, 17-year-old Bethany Roberts of Milford Haven, has been congratulated for delivering a speech at the House of Commons – and winning a major local award.

In November, Bethany attended the UK Youth Parliament at Westminster, representing young people from Pembrokeshire. She spoke about Votes at 16 and why young people should be given the vote.

A week later, she won the Volunteer of the Year category at the Radio Pembrokeshire awards for her hard work and commitment to young people and children’s rights.

“She is one of the most committed young people I have ever worked with,” said Nadine Farmer from Pembrokeshire Youth – the County Council’s Youth Service.

“I was delighted when she received the award as it recognises her contribution to make Pembrokeshire a better place for young people.”

And Pembrokeshire County Council Leader, David Simpson, described Bethany as an ‘inspiration’ after meeting her at the Radio Pembrokeshire Awards. She has been involved in many youth club activities over the years, including helping to host six Christmas dinners, bingo events, afternoon teas and trips for isolated pensioners.

In October 2016 she was elected as Chair of the Pembrokeshire Youth Assembly and was re-elected by her peers in November this year. As Chair, she has attended many meetings to ensure that young people’s views are being heard – and challenged adults to think about the views of the young people she represents.

Bethany said: “When I first joined Milford Haven Youth Council, I never realised what doors it would open for me. This work has made such a difference in my life and I’m really passionate about giving young people a voice at a local, national and UK level. I also really enjoy being part of my community and making a difference.

“When I was told I had been awarded the Radio Pembrokeshire Young Achievers Award for Volunteering I felt really happy and proud. It also gave me another platform to promote young people having a voice.

“The Children and Young People’s Rights Office and Pembrokeshire Youth have really supported me and given me many opportunities.”