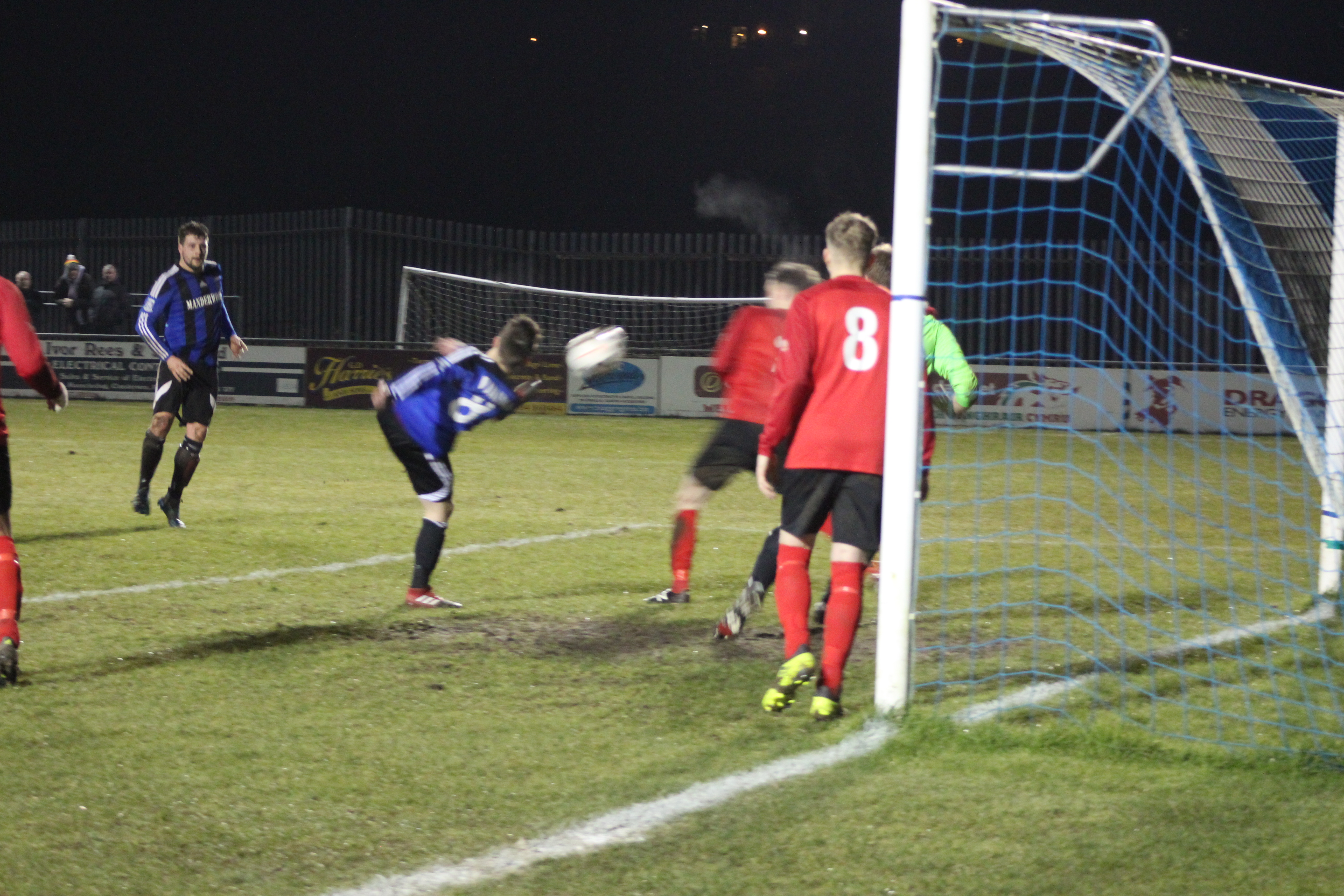 HAKIN United will play Clarbeston Road in the final of the Senior Cup as they withstood a second half fightback from Carew to win their Semi-final 4-2 on Tuesday night (Mar 6).

Goals from Justin Harding and Nicky Woodrow had given the Vikings a 3-0 half time lead but Carew hit back in the second half through Ian Derbyshire and Alex Bayley to make it 3-2.

The Rooks poured forward looking for an equaliser but it wasn’t to be as Woodrow scored his second of the night to make it 4-2 and all but seal their passage into the final.

Despite the recent weather, the game was played on an excellent Bridge Meadow surface and a good crowd gathered to watch.

The first real chance of the game fell to Hakin after seven minutes when a cross from the right from Jack Wilson was glanced wide by the head of Nicky Woodrow.

Wilson then ran in from the wing before firing a strong shot towards goal which Carew keeper Tom Davies did well to tip over the bar.

Two minutes later Alex Bayley ran towards the goal but his drive was always going over the bar. With twenty minutes gone, the ball broke kindly for Sam Christopher but his cross flashed across the face of goal before being kicked out for a corner.

Carew again came close to scoring but another cross from Christopher was also cleared with players coming in.

Just after the half hour, Hakin doubled their lead as Carew failed to clear a corner and the ball fell to Harding who shot on the turn into the roof of the net from six yards out to make it 2-0.

Carew would have hoped to see the half out with no more goals but Hakin had other ideas and Harding turned provider as his cross flew over the Carew defenders to Woodrow at the back post and he fired the ball back into the bottom right corner.

Shortly before the break, Carew were given a free kick in a dangerous position but Jack Christopher sent the ball just over the bar.

On the stroke of half time Wilson played in Harding once more but this time Carew keeper Davies made a good save to tip the ball over.

The Rooks had a mountain to climb in the second half but they started well and were rewarded thirteen minutes in as Jack Christopher headed the ball towards goal and Ian Derbyshire was on hand to knock the ball home to give his side a way back into the match.

Soon after they pulled a second goal back as an initial shot was saved by Hakin keeper Adrian Devonald but he parried the ball into the path of Alex Bayley who tapped the ball home to make it 3-2.

The Rooks poured forward looking for an equaliser and Iwan Izzard’s cross just had too much on it as it went out before anyone could get a touch. However, with just over ten minutes to go, Hakin broke from their own half and Harding squared the ball into the box for Woodrow who rounded the keeper to tap into the empty net for 4-2.

Carew had a late chance to pull a goal back but Jack Christopher headed wide from a corner and Hakin saw out the last few minutes to book a first Senior Cup final appearance since 2016.

They will play Clarbeston Road in the final after they beat Merlins Bridge 2-1 in the other semi-final.

The final will again be played at the Bridge Meadow on Saturday, April 21.