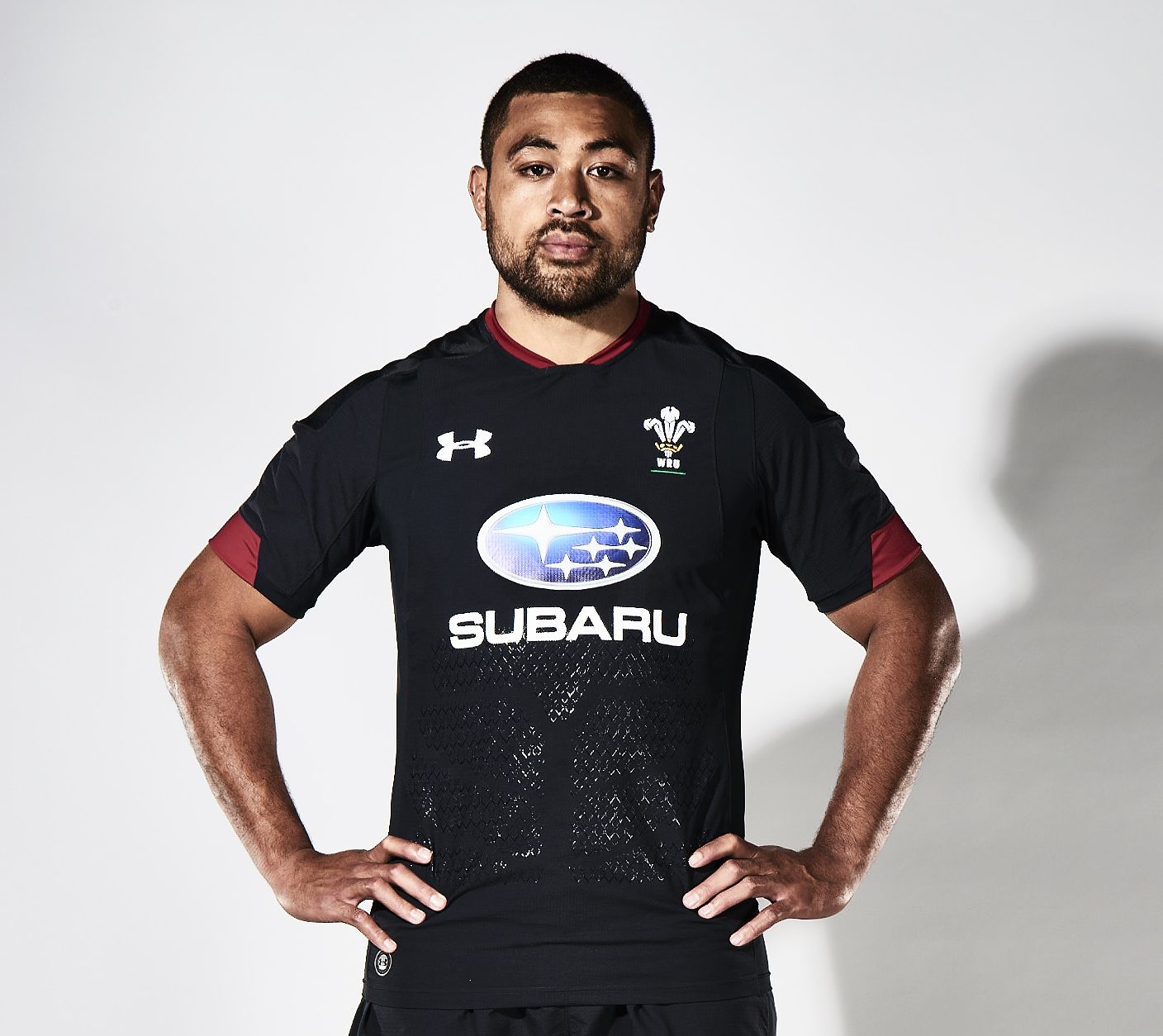 TAULUPE Faletau will lead Wales for the first time as he returns to the starting line-up as captain for Sunday’s NatWest 6 Nations clash against Italy in Cardiff (KO 15:00)

The 70-times capped No. 8 returns from injury to take the captain’s armband and will line-up in a new look back row for Wales with fellow British & Irish Lion Justin Tipuric wearing six with Scarlets flanker James Davies making his international debut at openside.

Experienced Bradley Davies, who has featured in all three opening Six Nations encounters for Wales from the bench, starts alongside Cory Hill in the second-row for the match that is part of a double-header with Wales Women (who kick off at 11:45). ​

Nicky Smith and Tomas Francis join Elliot Dee in the front-row, the Dragons hooker making his first start for his country.

Gareth Davies partners Gareth Anscombe at half-back with Owen Watkin coming in for his first Six Nations start to partner Hadleigh Parkes in the midfield.

Liam Williams moves to full-back as George North comes into the starting XV to form a back-three alongside Steff Evans.

“It is a great opportunity for Taulupe, he is a world class player, hugely experienced and this will be great for his development and we are looking forward to seeing those leadership qualities come through,” said Wales Head Coach Warren Gatland.

“We have made some changes, but we are bringing in a lot of quality and a lot of experience with the likes of Bradley Davies, Justin Tipuric, George North and Taulupe.

“It is challenging making changes, but we have picked a really exciting team and Sunday is their chance.” 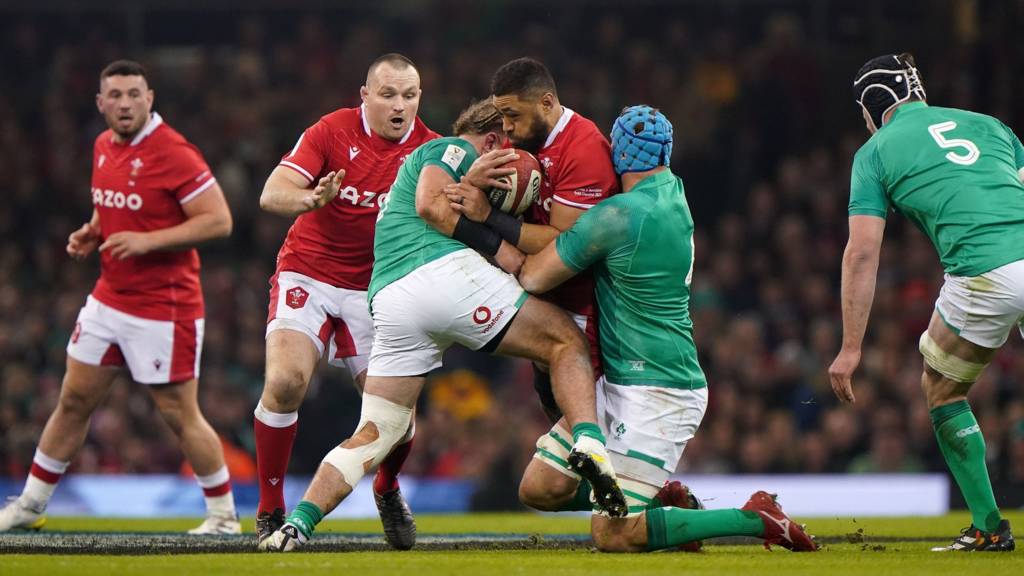 RUGBY is often described as a game of inches, where the tiniest errors significantly affect games’ outcomes. That was the case on Saturday, where Ireland won convincingly by making fewer unforced errors than Wales.

As a contest, the game was all but over in the first 25 minutes. Ireland did nothing flash, nothing extraordinary. They were just better at the basics. It’s what you’d expect when the first-ranked team in the world play the ninth.

Conceding a try after two minutes was a bad start, but again and again thereafter, Wales either coughed the ball up or conceded penalties in clutch positions.

Ireland’s game management showed the confidence of being a settled group under a single coach with a defined game plan. Ireland’s players constantly worked off the ball to close gaps and shut off running lines. The Irish slowed down the Welsh ball and applied pressure with clinical precision. The Irish scrum and lineout gave the visitors’ backline time to play.

Whatever the Welsh game plan was before Wayne Pivac left as the coach (answers on a postcard for that one), on Saturday, Wales showed signs of trying to create a pattern of play based on phase play creating the space to allow Wales’s backs to punch through stretched defensive formations. However, a plan is only as good as its execution. And Wales repeatedly created good positions only to make sometimes desperately disappointing mistakes.

Twice Wales had the throw near the Irish line, and twice Irish forwards picked off the ball. On another occasion, Wales went long at the lineout in their half, only for the ball to land on the Irish side. Add that to a crooked throw in a promising position, and Wales lost momentum at crucial stages.
Ireland stormed into an early lead with their first attack ending with Number Eight Doris smashing his way over from close range. It got worse six minutes later when James Ryan scored with almost a carbon copy play.

Wales’s best chance of the opening quarter came when Irish full-back Hugo Keenan got to a loose ball over the Irish line before Welsh winger Rio Dyer.

Although Biggar got the home side off the mark with a penalty, within minutes, a telegraphed pass ended in the hands of Lowe, who streaked over unopposed for Ireland’s third try.

24-3 down soon became 27-3 following another Sexton penalty following Welsh indiscipline at the breakdown. Realistically, that score ended the game. However, in the half’s dying moments, Wales again applied pressure. Jac Morgan, who had a good game in a losing cause, crossed the Irish line only to be held up by a strong Irish defence.

It looked grim at half-time. Wales had been disorganised and disjointed, while every time the Irish got the ball in the Welsh half, they looked like they would come away with points.

Whatever Warren Gatland said at half-time got the Welsh players’ attention.

Wales came steaming out of the blocks in the second half, looking better organised and less frantic. Good phase play opened a gap in the Irish midfield, and Liam Williams sped through the gap to touch down near the posts, making Biggar’s conversion a formality. Wales continued to work through the phases, and only an uncharacteristically poor pass from Justin Tipuric spoiled a good chance for Rio Dyer to get a clear run at the Irish line.

Wales still tried to keep up the pressure but lacked accuracy at key moments when cooler heads might have produced more. As if that wasn’t bad enough, with fifteen minutes of normal time to go, Liam Williams was – maybe a little unluckily – yellow-carded for making contact with the ducking, bobbing and weaving Jonny Sexton’s head.

The man advantage was all Ireland needed to break Wales’s stranglehold on the match. They kept kicking for space behind the Welsh midfield and used Bundi Aki as a midfield battering ram to keep the Welsh players tied in at the breakdown. With Wales stretched and gaps appearing in the defensive live, Van der Flier had the simplest of tasks to add a fourth try for Ireland.

As the clock ticked down – and with Wales 34-10 down – the Irish pressed for the score that would give them a record win in Cardiff. Wales tried again to break out for a consolation score, more in hope than expectation, and it was all Ireland when the final whistle blew.

Warren Gatland said he was “strangely not that disappointed” after the game.

The Wales coach said: “The things I’m disappointed with are things we can put right: the slow start and giving away needless penalties. When you look at the game we put ourselves in positions we could’ve taken advantage of. We can take away the positives, look at our second half performance and improve on that.”