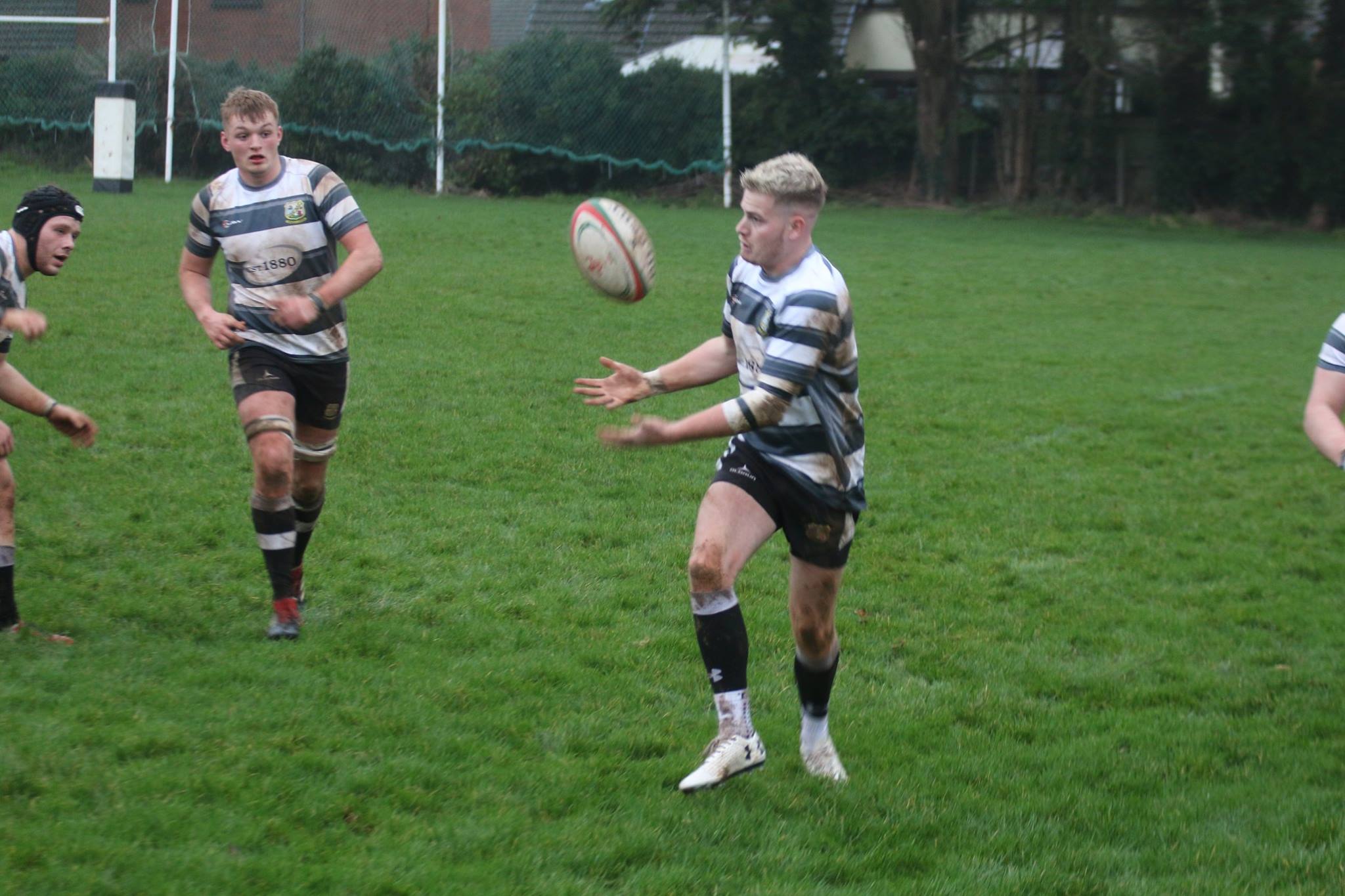 THE Quins pulled off their first victory of the season on Saturday (Dec 29), defeating League leaders Neyland 13-10 in a bruising encounter at Bierspool.

The All Blacks will now have to pull out all the stops if they are to have any chance of promotion.

The Quins gave a debut to 18yr old Gethin Bradney at Scrum Half, in which he partnered his older brother Rhys to become the first ever brothers to play at Half Back for the Quins.

It was the All Blacks who struck first in the tenth minute when Centre Alex Codd pounced on a Quins mistake to score half way out. Outside Half George Evans converted to ease his side into a 7 point lead.

Most spectators must have thought here we go again, especially after the drubbing Neyland had handed out in September, but they could not have been further from the truth.

The hard work being put in by the Coaches is starting to come to fruition although there is a long way to go with this young Quins Side. They countered the Neyland back division brilliantly, even when a tackle was missed there was always another Quins player ready to put his body on the line, as no one took a backward step.

The half ended with the Quins pack slightly on top with replacement Alex Pierce and 2nd Row Darren Potter both putting in a huge shift.

As the second half started it was obvious that the Quins would have to score first, especially against the leaders, and that is exactly what they did.

The Quins rolling maul was pulled down when a certain score looked on, and the Referee had no choice but to award the Quins a penalty try.

With the score now even, and the Quins playing their best rugby for some time a shock result seemed on the cards.

The All Blacks however soon hit back when George Evans slotted over an awkward penalty to restore his sides’ lead.

The Quins though, with still 25 minutes left, were simply not going to go away, as they tore into now what was becoming a very nervous Neyland side.

They started to force errors, and when the visitors were penalised 30 yards out the Quins made the right decision to go for the three points, with Full Back Arron James banging it over and it was all square at 10-10 with 15 minutes to go.

The All Blacks however were soon back on the attack, but it was the Quins who broke out of their own 22 through Outside Half Rhys Bradney who pounced on a loose ball and set off into Neyland territory.

He chipped ahead only to be taken out off the ball, it was an obvious penalty and up stepped Arron James, who, with the ground in deadly silence, put another 30 yard penalty straight through the uprights to put the Quins into the lead.

However, there was still ten minutes of the match left as Neyland laid siege to the Quins line but the young Quins side repelled them time after time as the team ethic started to show as each player to a man did not give an inch.

The Quins can look back on this match with great pride after the turbulent times they have been through.

Taking points when on offer was crucial, and for young Captain Hywel Baker to make these decisions in a tight game went a long way to securing a hard fought victory. It is very rare that the bottom side beats the top sides in Rugby, but it happened at Bierspool on Saturday.