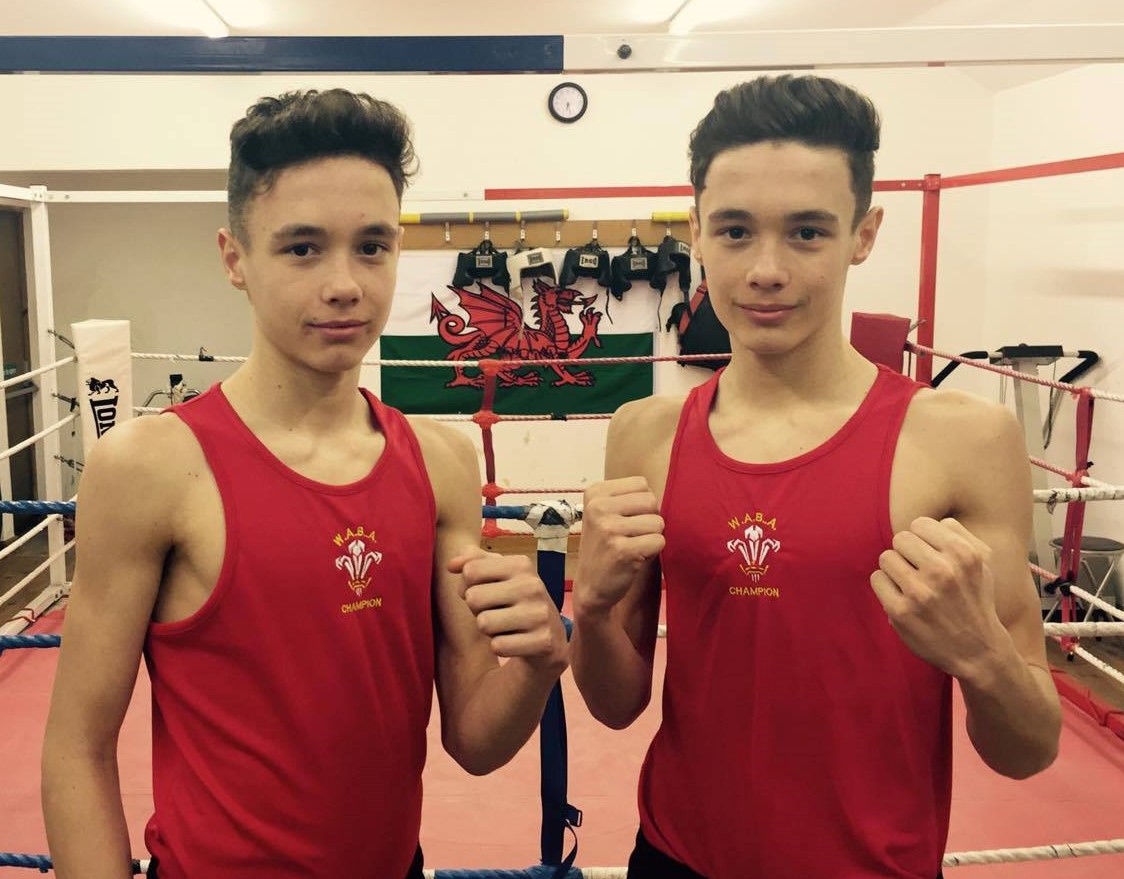 CRYMYCH twins Ioan and Garan Croft took on and beat some of the best young talent in Europe at the weekend as they continue to put west Wales on the amateur boxing map.

Representing Wales in the prestigious Danas Pozniakas tournament in Lithaunia, the twins won gold medals in the 60kg and 64kg divisions respectively – and still appeared to have something to spare with neither feeling their gold medal-winning displays were their best performances of the tournament.

Garan overcame a scare in the preliminaries when Estonia’s Semem Kamanin brought him to his knees in the opening round – an incident which Cardigan ABC head coach Guy Croft described as ‘part punch and part stumble’.

“The ref must have thought it was a stumble,” he said afterwards. “Garan was amazed he didn’t get a count – he said the punch rocked him.

“But apart from that one lapse Garan boxed really well and won 5-0.

Southpaw Ioan easily over came Russia’s Safin Aaksim in their quarter-final encounter; handing him an eight count in the second round and almost forcing a stoppage.

Garan enjoyed a similar victory at the same stage, giving Laurikietis, of Lithuania, an eight count while handing out a boxing lesson – a performance which his twin brother subsequently declared was the best he had ever seen him box.

The Crofts continued to show their mastery in the semi-finals – Ioan stopping Andieyev, of Estonia’s with a body shot in the second round while Garan recorded another unanimous victory over Bulgarian Uristov Stilyan.

In the finals, Ioan was pitted against Frenchman Grau Hugo who, in the words of Croft senior, ‘just ran and wouldn’t box’, the Welsh teenager winning 5-0, while Garan battled his way to a 3-2 verdict against tough Ukrainian Alliev Elvyno who ‘just held and spoiled’.

Taylor Bevan’s win at 69kg made it a hat-trick of Welsh golds.

Far from resting on their laurels, the Croft duo head for Bulgaria and another big tournament this weekend ahead of the Welsh Championships.