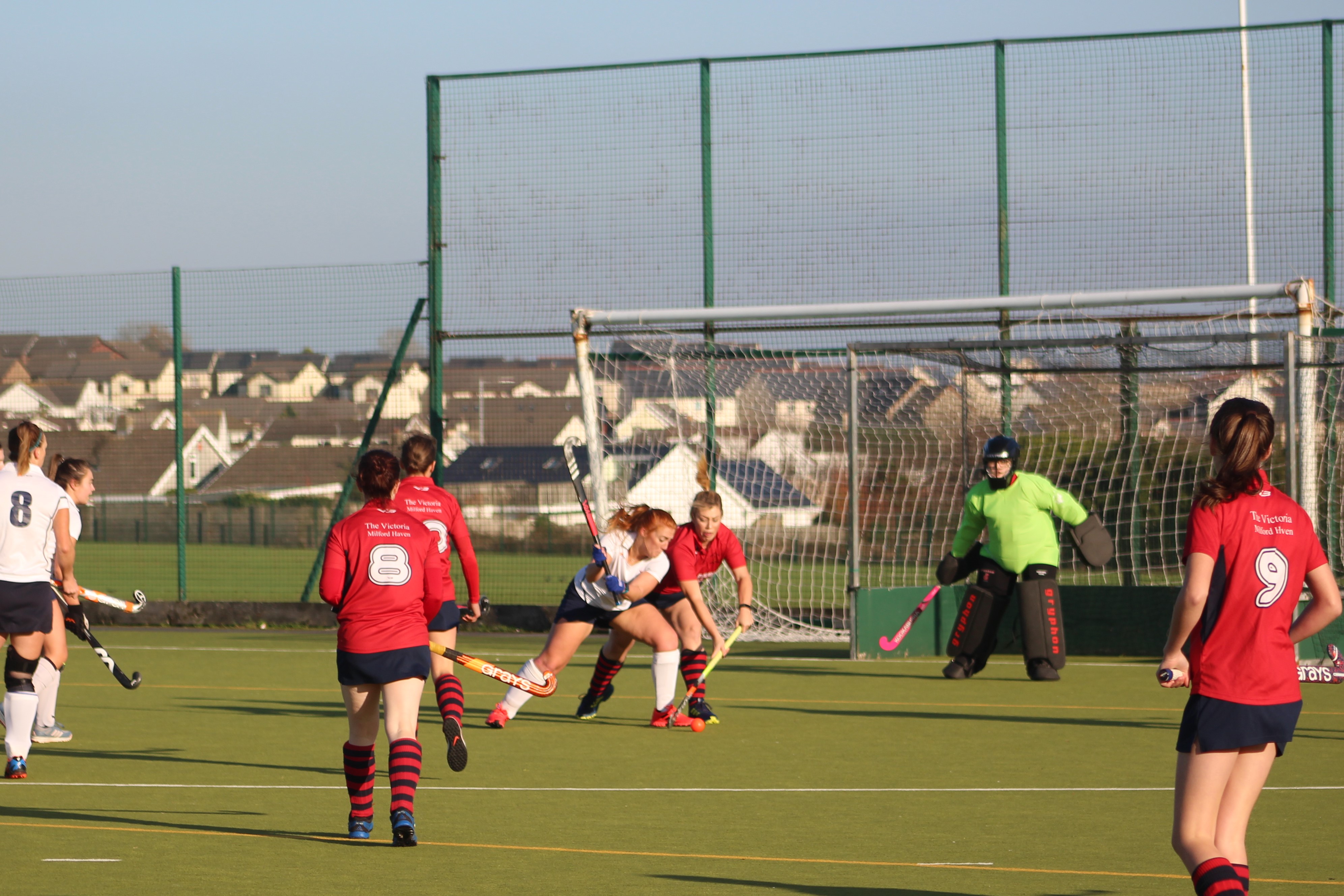 AFTER a couple of weeks travelling around South Wales this was almost a local match when the team travelled to Swansea to take on Division One League leaders Gowerton, an enormous task for Captain Rachel Coe’s young team.

After recent results, playing the top side needing at least a draw to help the team secure their status in the division was a daunting prospect.

However, undaunted, Milford Ladies went out with some spirit and fight and within minutes a great shot at goal from Megan Jones was only just saved by Gowerton’s goalkeeper.

But not to be outdone and with some good passing movement between midfield and forwards, Megan Jones was able to make a reverse stick shot putting Milford in the lead.

This momentum was kept up and the team gave 100% up until half time with our keeper Emilie Zatac making some good saves.

After half time it was clear Gowerton realised they were in a game and needed a goal to keep up their fine record but Milford’s defence worked hard and made sure they didn’t score.

The back four defended the short corners well however with just 15 minutes to go Gowerton managed to find the net making the score 1-1.

Milford now had to dig deep and ensured that Gowerton were not going to score but it was Milford who had one final chance of winning the game nearly scoring in the last minute of the game.

Captain Coe stated: “I am so proud of the girls today, we always new that this league would be a big step up for us, the youngsters that have been brought into the team have played their hearts out and the team has gelled and worked well together, getting a point from the table toppers is an excellent result for us and we are looking forward to next weeks game against Bridgend home next week.”

Milford’s player of the match was Vicki John.