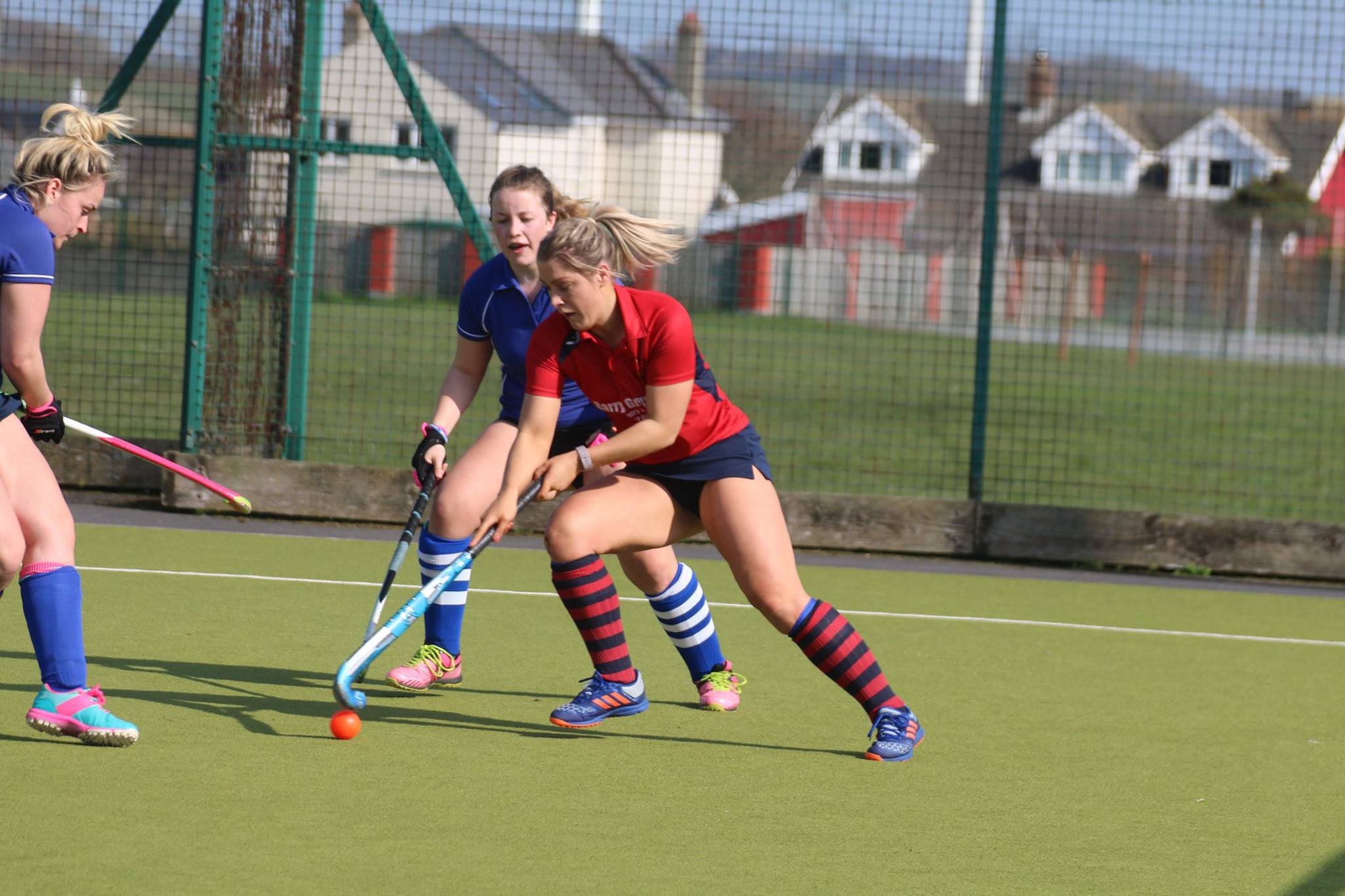 MILFORD Haven Ladies, playing their last game of the season on Saturday (Mar 30), were aware that a win in this game would secure them from being relegated and that, in order to do so, they would have to overcome a strong Bridgend team who were lying in mid-table.

From the start Milford knew that they needed to score first to put pressure on the visitors and there was end to end hockey with both teams determined to be the first on the score board.

However, it was Milford Haven’s Charlotte Davies playing out of her skin that caused Bridgend’s defence to fault in their ‘D’ awarding the home team a short corner Meg Evans delivered the ball to Captain Rachel Coe who was able to get a good strike and spot the ball in the goal 20 minutes into the game.

Milford Ladies knew this wasn’t over by a long way and still had to fight hard to keep the lead as Bridgend were using their chances well but luckily Milford’s defence and goal keeper managed to keep them at bay. With five minutes to go till half time Bridgend were forced to fault again awarding Milford Haven another short corner. Again Meg Evans delivered to Rachel Coe who managed to make it a brace making it 2-0 going into half time.

After a sterling half time team talk by Captain Coe, Milford Ladies came out determined to keep their lead and knew it was going to be a long 35 minutes.

Both Megan Jones and Lucy Mackintosh had chances at the beginning of the second half which was positive as Milford were still attacking well as a team.

With 15 minutes to go Milford were awarded a free hit, Charlotte Davies placed the ball well in the ‘D’ to Jemma Phillips who placed the ball passed the goalkeeper making it 3-0.

Bridgend came back fighting for a goal but every member of the Milford team worked hard and made this impossible for them and Milford finished the stronger of the teams and came away with a fine victory.

Captain Rachel Coe stated: “I was so proud of the team today it was by far our best game of the season, every player gave 100% and we worked together as a team and played some superb hockey. “We look forward in anticipation to next season in Division 1, all the youngsters will have learned from the hard season we have had but it’s onwards and upwards to next year.”

Players of the match: “the team”

Wizards too strong for Neyland