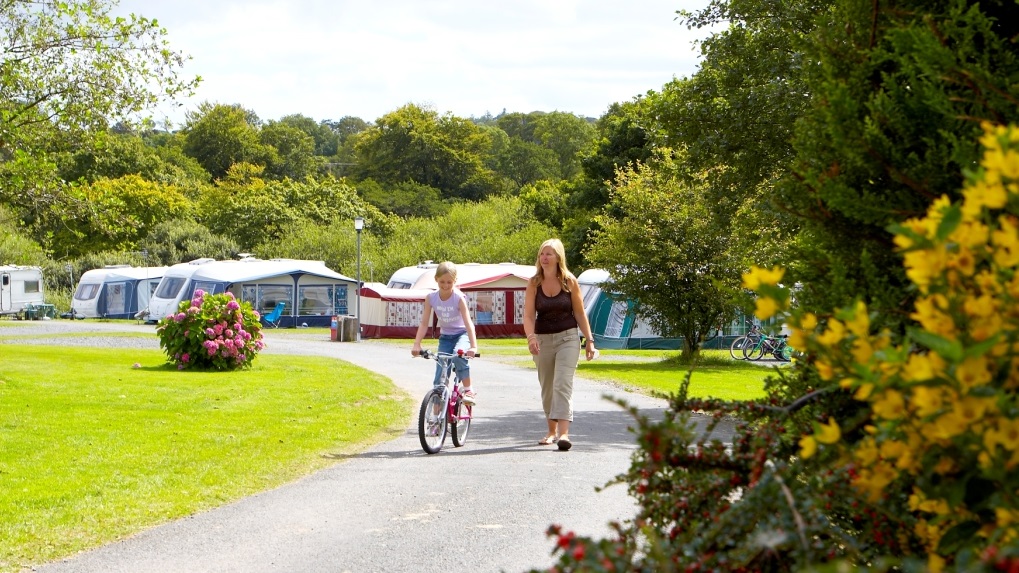 A PEMBROKESHIRE family which swapped farming for a flourishing future in the leisure industry is this spring celebrating 20 years of success.

Celtic Holiday Parks, which owns three multi-award winning parks in the county, has become one of Wales’s leading tourism providers.

But according to Huw Pendleton, who owns the business with his parents Vic and Ann, Celtic’s anniversary year will be marked not just by a series of fun events.

He is also drawing up a series of environmental initiatives to reinforce the reputation of his parks as some of the greenest places to take a holiday in Wales.

It was in 1999 that the Pendletons sold the family’s farm in Rhuallt, North Wales, and bought Croft Country Park in Narberth, Pembrokeshire.

Until then, Huw had enjoyed a top management career in the catering and hotels sector – but he was determined to plough his own furrow, and Croft provided the perfect opportunity.

The family’s parks variously provide caravan holiday homes and lodges to own and to rent, and pitch facilities for guests bringing their own touring caravan or motorhome. The group is also a major provider of glamping facilities, and last year saw the launch of a new £1 million super-luxury glamping and lodge development at Noble Court called “Celtic Escapes”.

Now Celtic Holiday Parks, which was last year crowned the best holiday park business in Wales at the National Tourism Awards, plans to celebrate two decades with a new flourish of green initiatives.

All three of the company’s parks were named once again this year as winners of the prestigious David Bellamy Conservation Award at its top gold level.

The world-famous botanist praised the raft of initiatives put in place over the years to protect the natural environment and encourage wildlife.

Professor Bellamy highlighted the large number of high pollen-bearing flowers on the parks which provide essential foraging resources for honey bees, butterflies and other pollinators.

He said the parks had also created important additional nesting and food habitats by the planting of extensive new areas of hedging as well as hundreds of native trees and shrubs.

Now, says Huw, all three parks – which employ around 50 local people – will be taking extra new steps to ensure that their wildlife is given the same VIP treatment as holiday guests:

“Pembrokeshire is an especially gorgeous part of Wales, and home to the UK’s only coastal National Park,” said Huw.

“Given our superb location, we’ve always been keen to ensure that our parks are a perfect complement to the natural environment.

“Our staff teams are also very enthusiastic about our conservation work, and do a great job in helping us to implement our plans and coming up with new ideas.

“We all feel very privileged to live and work in this beautiful region, and its marvellous to know that our efforts are being supported by someone like David Bellamy,” added Huw.

There is more information about Celtic Holiday Parks, and the accommodation and holiday home ownership opportunities provided, at www.celticholidayparks.com