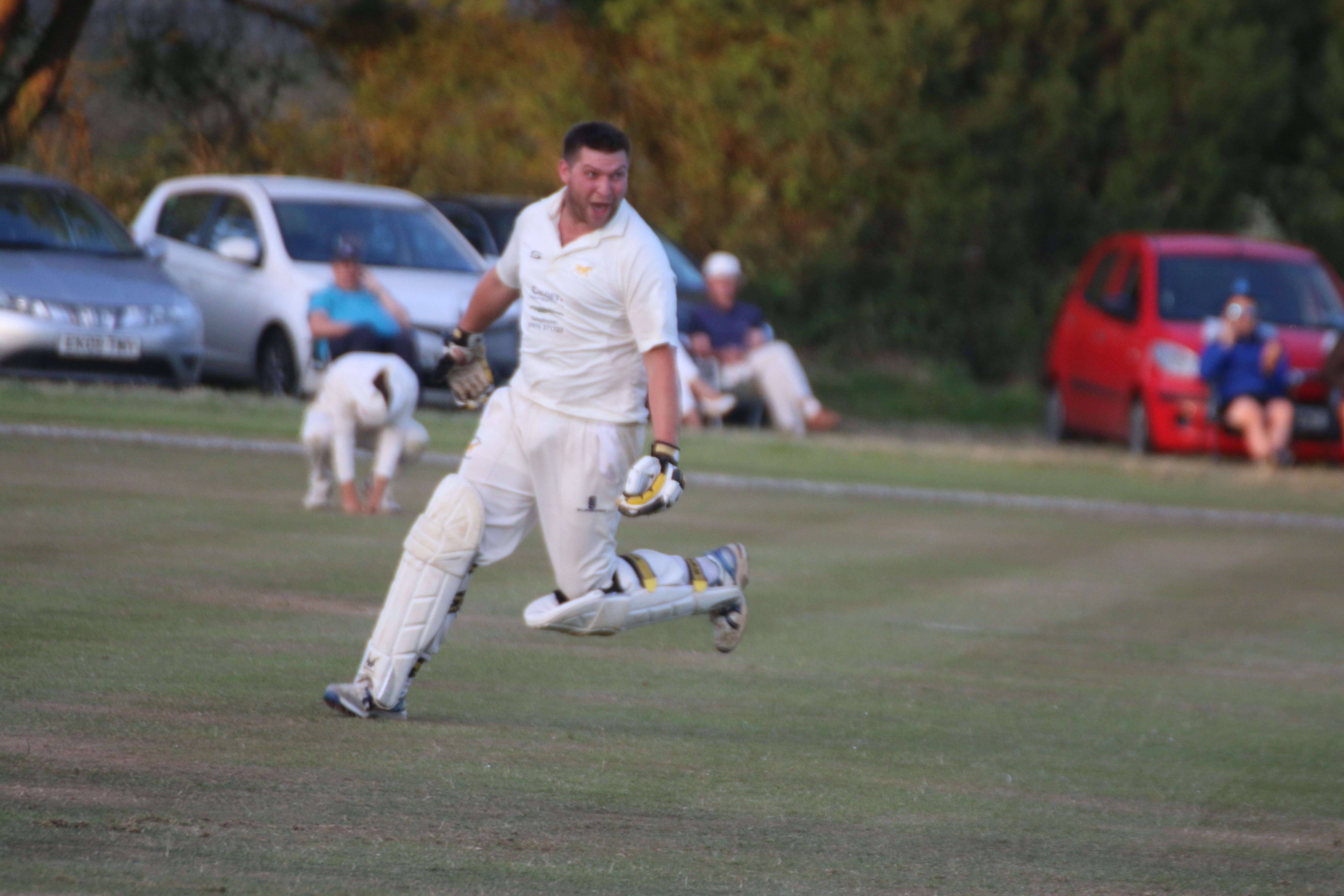 LAWRENNY became the first side into the 2019 Harrison Allen Bowl final on Tuesday (Jul 9) as they beat Saundersfoot by five wickets in a thrilling game.

Saundersfoot had knocked out holders Cresselly in the quarter finals to ensure their would be a new name on the trophy this year and they looked to set a good score after winning the toss and electing to bat.

Lawrenny then made the breakthrough as Cope, who made a score of 25, was caught by Joe Kidney off the bowling of Rob Williams.

Brad McDermott-Jenkins then bowled Caine on a score of 38 that included three fours and a six. Ryan Morton then bowled Sam Franklin on a score of 19 and he did the same to John Mansbridge as Saundersfoot were reduced to 95-4.

Tom Mansbridge then took control as he hit four sixes and a four in a score of 50.

He had seen James Caine bowled by Kurtis Marsh and the same bowler then had Mansbridge caught to bring his excellent knock to an end.

Marsh then claimed his third wicket as he had Yannic Parker stumped by James Phillips.

Gareth Edwards then hit a six on the final ball to see Saundersfoot finish on 154-7.

Lawrenny got their reply off to a good start as Harry Thomas and Kurtis Marsh shared 56 runs for the first wicket.

Thomas made a score of 21 but he then edged behind to Taran Richards off the bowling of Danny Caine.

Marsh had hit five fours and a six in his score of 38 but he was then bowled by Nick Cope.

Brad McDermott-Jenkins was then caught by Tom Mansbridge off the bowling of Neil Powling. Cope then struck again as he had James Phillips caught by John Mansbridge as Lawrenny slipped to 88-4.

Joe Kidney and Steve Lewis then shared 43 runs for the fifth wicket to put Lawrenny in touching distance.

When Lewis was caught by Richards off the bowling of Tom Mansbridge, Lawrenny still needed 24 from the final 18 balls.

They got that down to 13 from the final over and it was Kidney who kept his nerve with two runs, a four, another two runs and then a six off the final ball to spark wild scenes.

It meant that Kidney finished not out on 44 with two fours and three sixes and that Lawrenny had reached the Bowl final for the second successive year.

The Harrison Allen Bowl final will take place on Saturday, August 31, in Cresselly.

Lawrenny will play the winners of the second semi-final between Haverfordwest and Whitland which takes place in Carew tomorrow night (Jul 11).