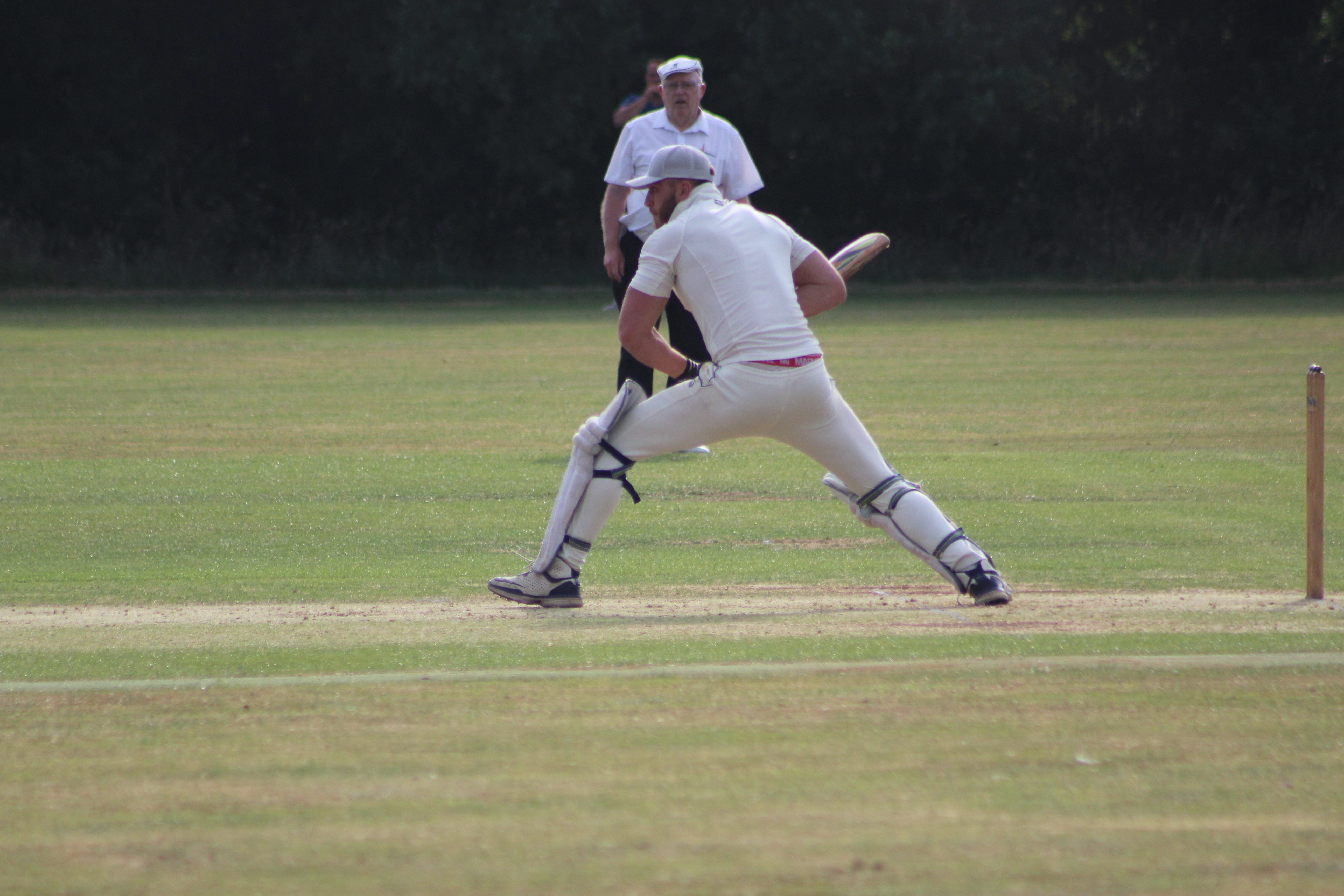 PEMBROKE DOCK fell just short chasing 301 on Saturday (Jul 13) as their game with Johnston finished in a draw.

Johnston batted first and racked up an outstanding score of 300-9, the highest of any side in the five Divisions.

Things did not start well for Johnston however, as openers Stephen James and Gino Cleal departed early as they were reduced to 25-2.

Josh Hicks and Liam Boswell then shared a good fifth wicket stand worth 81 runs as Johnston began to cut loose.

Boswell hit nine fours in his score of 48 but he was then stumped by Scott Griffiths off the bowling of Jake Griffiths.

John Summons and Curtis Hicks were then run out for single figure scores as the Dock hit back.

Hicks and Keegan Codd then shared another good stand before Codd was out on a score of 27 when he was bowled by Nick Daley.

Hicks hit fifteen fours and ten sixes in his superb knock of 157. He was eventually bowled by Niall Brunton but the damage was done as the Dock were set 301 to win the game. The Dock knew they would need to make a good start if they were to chase that down but they lost Luke Murray early to the bowling of Keegan Codd and Jake Griffiths to the bowling of Liam James on a score of 24.

Nick Daley was also stumped off the bowling of James as they slipped to 44-3.

Scott Griffiths and Archie Wood then shared 57 runs for the fourth wicket but Curtis Hicks struck to have Wood caught by Liam Boswell on a score of 38.

Peter Kingdom was also out to Hicks before Griffiths and Craig Butland shared 82 runs for the sixth wicket.

Butland made a score of 30 and although he was out to the bowling of Liam James, Griffiths carried on to reach his century.

Nicholas Davies ran out Tom Grimwood and had Jamie White as the Dock began to run out of time.

Griffiths hit 25 fours as he finished not out on 126 but it wasn’t enough to see the Dock to victory.

They finished short on 278-8 as both sides settled for an entertaining draw.

Neyland too good for Tish