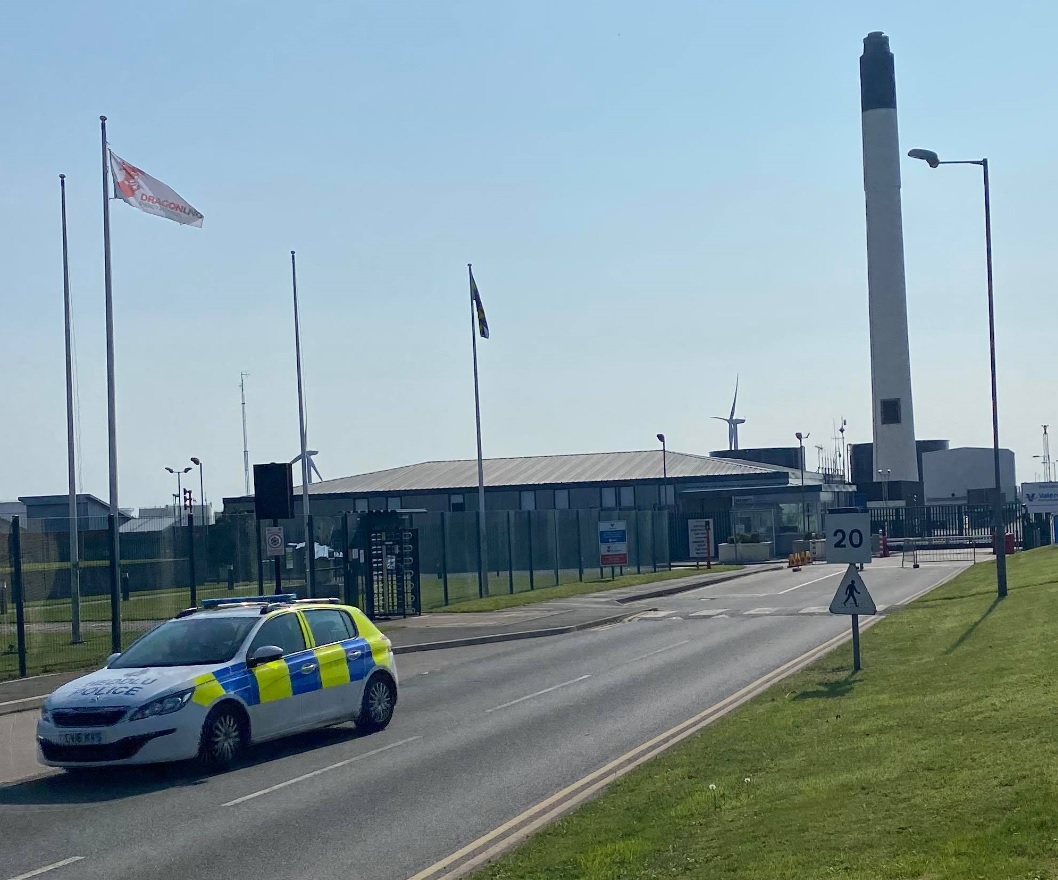 THE PLANNED blow-down of the disused stack at Dragon LNG has ended in only a partial collapse, with most of the chimney left standing.

The demolition, planned for 2pm on Sunday (Sept 20), saw over a hundred people gather at the entrance of Dragon LNG to watch the controlled demolition.

But at 2pm the explosives went off, a loud bang was heard, but the chimney did not topple.

A video shot with a long lens shows that the bottom of the stack is blown away, but the rest of the chimney just fell into the debris, but remained upright.

An exclusion zone of 300m was set up from the centre of the stack. As a reminder, a sirens sounded at 1.45pm for 1 minute, at 1.58pm for 10 seconds and a warning shot was fired 30 seconds before the blow-down.

Following the failed demolition, a spokesperson said: “Dragon LNG regrets, that during the planned demolition of the Cogen chimney stack today, there has been an impartial collapse leaving the chimney standing.

“Due to the strict safety procedures in place, prior to the planned demolition, there is no danger to our team, other site occupants, or the community.

“We are currently working through the contingency plans with our specialist contractor to ensure the safe removal of the remaining structure.

“The exclusion zone around the area has been maintained.”

There will be no word yet on when the remainder of the stack will now be brought down.

The Herald was told that engineers are now looking at the structure to decide what should be done next.