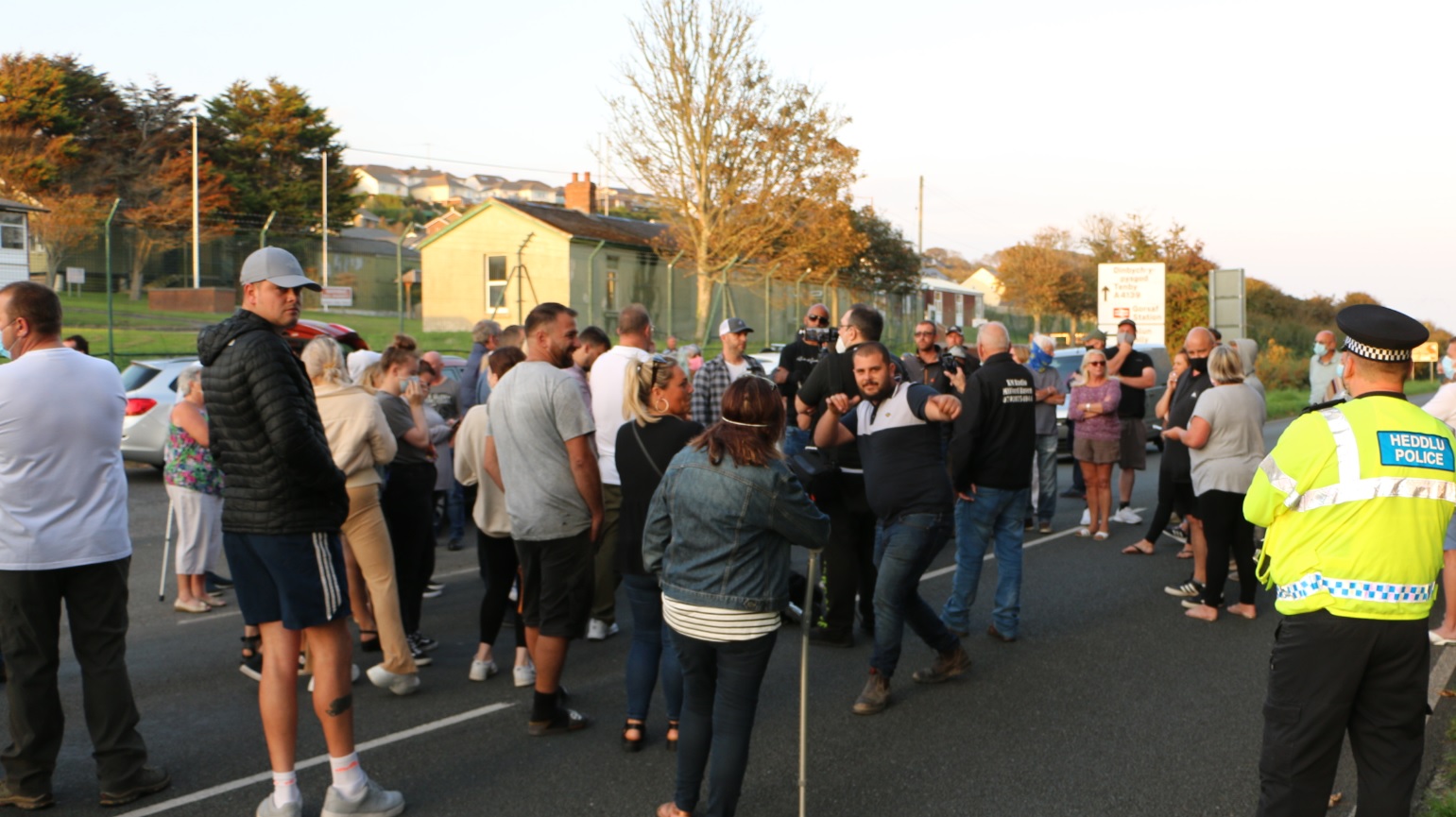 EARLIER this week, following speculation on social media, The Pembrokeshire Herald broke the news of the confirmed Home Office decision that Penally Camp had been chosen by the Home Office as a site to provide safe and secure accommodation. This in line with their statutory responsibility to provide destitute asylum seekers with accommodation.

Responding to the news, Council Leader, David Simpson, said: “I am aware there is a lot of discussion and concern about this announcement.

“I want to make it clear that Pembrokeshire County Council were ‘informed’ of this decision by the Home Office and did not have any discussion or say in the matter.

“It was immediately obvious to us that the Home Office’s decision has the potential for a number of impacts affecting our local community.

“Therefore, this week, we have been undertaking urgent work to review this in order to provide support to the community, provide reassurance, and support partner agencies.

“All formal communication about the accommodation is being undertaken by the Home Office, and I am not able to comment on issues relating to the camp accommodation.”

The Home Office had issued the following press communication earlier this week: “During these unprecedented times the government is working with a range of partners and across departments to secure further accommodation and the MOD has offered use of some of its sites.

“When using contingency accommodation, we work closely with organisations, including local authorities and law enforcement, throughout the process to ensure value for money and that vulnerable asylum seekers, who would otherwise be destitute, have suitable accommodation while their claims are processed.”

The Leader added: “I understand there are concerns and queries from all different viewpoints on this matter and I stress again the Council have not been involved in the decision to allocate Penally Camp as a site to provide safe and secure accommodation for destitute asylum seekers.

“We are, however, now trying to work with the Home Office and other key partners to try and manage the impacts of this decision.

“I am fully aware that this decision by the Home Office is leading to all sorts of comments and actions relating to the site. I would urge anyone involved to please respect our local community. ”

Member of the Senedd, Eluned Morgan has said that she is concerned local communities were not consulted prior to decision to repurpose the Penally Training Camp as accommodation for asylum seekers by the UK Government. Eluned Morgan, who is also Minister for International Relations in Welsh Government confirmed that the Welsh Government received no prior notification of the decision taken by the Home Office but that she had been engaged in discussions this week to seek clarity on plans and to relay the concerns of her constituents in relation to the suitability of the location.

Commenting, Eluned Morgan MS for Mid and West Wales said: “The decision to select Penally Training Camp was taken solely by the Home Office without any prior discussion with Welsh or local government. I am concerned also at the lack of consultation with the local community. I would hope the local MP will take this up with his cabinet colleagues in Westminster.

“In my discussions, I have asserted that the UK Government must provide proper resources to Pembrokeshire Council, the NHS and Police to support those asylum seekers who will be arriving from as early as next week.

“Initially, Welsh Government was told that 454 people would be placed in Pembrokeshire. However, the Welsh Government has been clear with the Home Office that the site must be Covid-19 secure limiting the number of refugees who will be temporarily housed at Penally to 250.

“The UK has an international obligation to support people fleeing war and persecution. Within that context, I am proud that Wales has been clear about how we will step up to that commitment as a nation of sanctuary. We have seen in Pembrokeshire how the local community has come together to help resettle people from Syria. Whilst recognising that there are concerns, I know that most Pembrokeshire people will be supportive of providing a safe haven in Wales and we will not tolerate the small minded minority who are seeking to use genuine concerns for their own personal hate-filled agendas.”