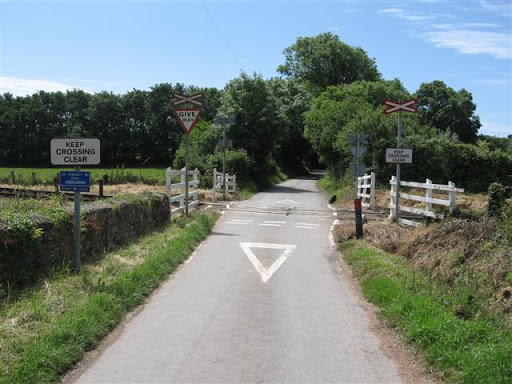 BRITISH TRANSPORT POLICE (BTP) is warning drivers of the consequences of misusing level crossings after several incidents have been recorded at Beavers Hill level crossing, near Manorbier, Pembrokeshire.

The crossing has recently seen drivers ignoring give way signs and not stopping, despite the imminent danger.

Last month saw two incidents in just two days – one on Wednesday 13 and Thursday 14 January – where drivers attempted to rush over the crossing before an oncoming train.

Officers are increasing patrols at the location and are warning drivers of the consequences and dangers of misusing the crossing.

BTP Embedded Inspector Beata Evans said: “Level crossings should be treated with respect. Safety procedures are there for a reason – by trying to beat the system you are not only risking your life, but potentially the lives of passengers and the driver of the oncoming train.

“Fortunately, the recent incidents have been near-misses. However, had the train arrived just seconds sooner it could have been a very different story.

“Have a little patience and wait until it’s safe to cross – it really isn’t worth risking your life in order to save a few minutes.”

Barry Miller, Whitland Level Crossing Manager at Network Rail said: “Misuse at Beavers Hill open level crossing continues to be a real problem, with lives being put at risk due to road safety signs not being observed by road users.

“Road users must give way and allow trains to pass safely and never attempt to rush to beat a train.”